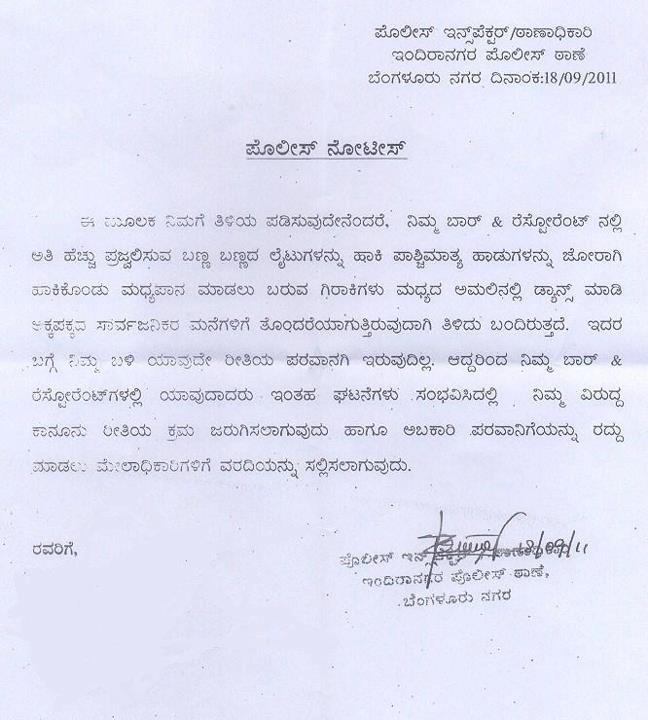 The recent talks doing the rounds about an imminent ban on live music in Bangalore city started when the local police slapped a notice on pubs and restaurants in the city that conduct live music performances. It all started when the local police stations received the notice (attached below) along with a list of ‘offenders’ , who needed to be served this notice. This happened in parallel in places all over the state. Local police stations in Bangalore have been serving the notice to offenders in their jurisdiction “ Zero-G and venues in far flung locations like Manipal (Blue Waters) were raided. In Indiranagar, venues like  Take 5, Xtreme Sports Bar , Cirrus, B Flat , Love Shack, Toit and The Beach were served the notice; all these venues are located around the 100 feet area , which has high visibility and traffic.