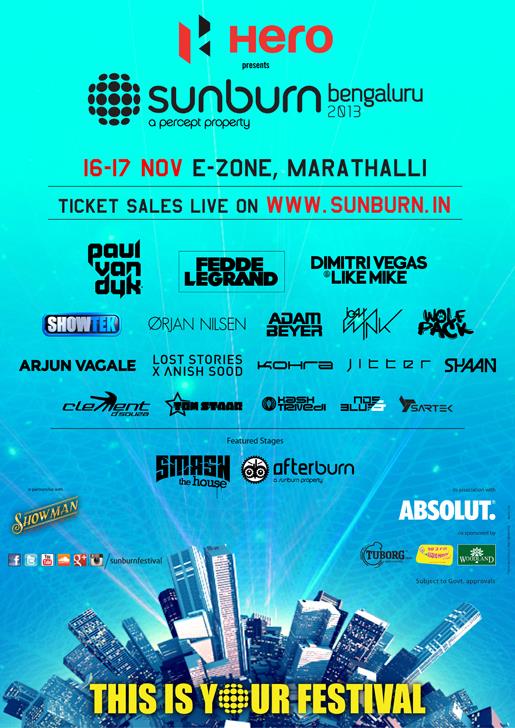 After a recent update by The Sunburn Festival about the second day of Sunburn Bengaluru  being called off due to a massive electoral rally planned on November 17th,  the Sunburn team seems to have figured out a workaround by moving the venue to Ezone Club, Bangalore to ensure that the festival will be a 2-day affair after all.

The Sunburn team claims to have put in their best efforts in ensuring the best combination of 19 artists who will play at 2 stages over 2 days, at over 20 experience zones. Gear up for the very first edition of Asia’s biggest music festival in Bangalore on the 16th and 17th of November at EZone Club.

For any queries with regards to tickets, drop an email to info@sunburn.in or contact BookMyShow on +9122 39895050.