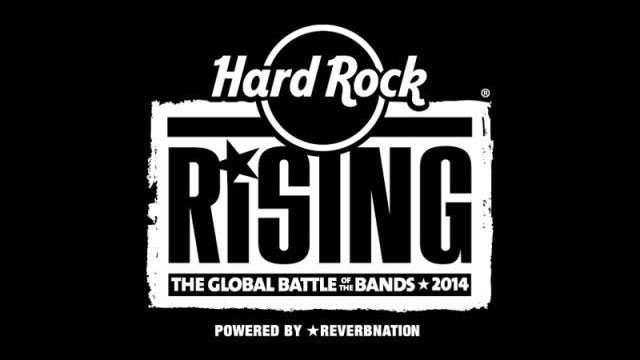 Hard Rock Cafe Mumbai has called on emerging local talent to rock out for the opportunity to take the stage in the heart of the Roman Empire with Hard Rock Rising. Starting March 20, 2014, Hard Rock Cafe MUMBAI will host a series of live battle events where the undiscovered talents of Mumbai will vie for the top spot to represent the city in Hard Rock Rising’s global battle of the bands competition. The lucky Grand Prize winner will receive the chance of a lifetime – an all-expenses paid trip to Rome, Italy to perform at the first Hard Rock Live Rome music festival this summer!

The votes are in and Facebook fans from around the world have narrowed down more than 10,000 bands to its top competitors with only a select few moving on to the next round of live performances.  Hard Rock Cafe Mumbai will host several preliminary battle events where local bands The Konia Net, MOJO and Sheldon Fonseca will be judged by a panel of local industry experts. One winner will be chosen from each round to compete in the final local battle on Mumbai, April 10, 2014, where judges will select one band to represent Hard Rock Cafe Mumbai as they move on to compete against other winners from Hard Rock Cafe locations around the world.

Once the local winning band is chosen, they will join other city winners in the global competition where fans will vote on participating Hard Rock Facebook pages to narrow down the 80+ local winners to the top twenty-five bands. An esteemed panel of celebrities and music industry professionals such as Steven Van Zandt, Bonnie McKee and more, will select the Grand Prize winner and two runner-up bands.  The Grand Prize winner will perform at Hard Rock Live Rome, an outdoor music festival that will embrace more than 50,000 fans from across Italy, and the selected runner-up bands will each receive new music equipment and gear valued at $10,000.

For full rules and a list of participating locations, visit www.hardrock.com or www.facebook.com/hardrock.