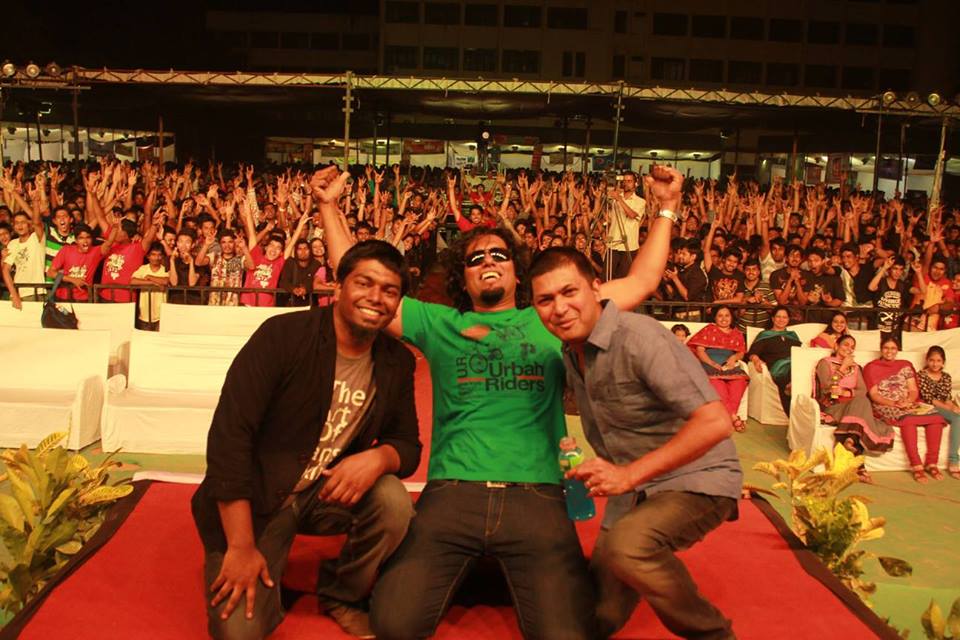 Bangalore’s favourite rockers Thermal and a Quarter are screening a film for the first time ever, and playing a special gig alongside. The band describes it as “A movie about artists, musicians and other mad people. It’s about us, them and you. It’s about triumph and tragedy and rebirth and resilience. It’s a story, it’s a song, it’s a statement.“ The band claims that this gig will feature some “absolutely killer music” that fans have probably never heard.

Titled ‘WFW / DFD,’ the movie is about 40 minutes long, and it apparently took over six months to make. When asked to divulge more details about the movie, the band says “Broadly speaking WFW / DFD is about musicians, artists and performers, with some focus on TAAQ’s journey, thoughts and ideas. With a total running time of about 40 minutes, the film is entirely in Black & White, and features some new music written by us specifically for the film. There is some profanity used – so it’s also (PG) rated!” Understandably so, the band warns us in advance that this movie is not for kids!

A lot seems to have gone into the making of this movie, speaking about it the band says “It feels like our first-ever gig – the first time we played our own songs to an audience! After many years of doing that, premiering a new song is now no problem at all – we know we can pull it off and how. But a film – well, that’s entirely fresh ground for us… something we never thought we would make. We accumulated a lot of footage during our hectic tours last year, so there was some idea of putting all of it together, but we didn’t really anticipate it would take this form, eventually. We tossed around some script ideas for a while and sometime in December last year it started taking real shape. We’ve since been writing, editing, cutting, agonizing… and here we are now, about to release our first film! Lots of butterflies in the belly, for sure!”

It’s quite amazing how TAAQ keeps reinventing itself and surprising fans. When asked what’s in store for us this time, the band remains elusive “Come watch. Listen. The film is no ‘action-thriller-romance-drama’ thing, so don’t come expecting edge-of-the-seat stuff, but we believe it’ll grab you.”

The setlist sounds quite interesting and it’s not going to be a regular TAAQ gig by the looks of it. In line with some of the ideas discussed in the film, they’re playing a bunch of obscure songs by famous bands, some obscure songs by obscure bands, and even a couple of tracks from defunct Bangalore bands such as Lounge Piranha and Zebediah Plush. The gig will also feature Ramanan Chandramouli on guitar.There are a couple of tunes from the TAAQ catalogue that pre-date their first album and thermalandaquarter.com, which was released in 2000! “It’s unbelievable how much we used to shred back then. Compositions designed to win competitions, perhaps we took part in a lot of those. It’s been real fun putting this set together, and nice to have Ramanan filling in on guitar,” they say excitedly. When asked if there’s more exciting stuff lined up for 2014, they say “Well, there’s definitely a new album in the works. This will be the first one with Leslie on bass, and we’re quite excited about the direction it’s taking.”

Tickets for this show are available here and also at the venue. Gates open at 8 pm and seating first come, first served! In TAAQ’s words “You simply cannot miss this one – there’s never been one like it!”

Peepal Tree all set for their debut gig at BFlat