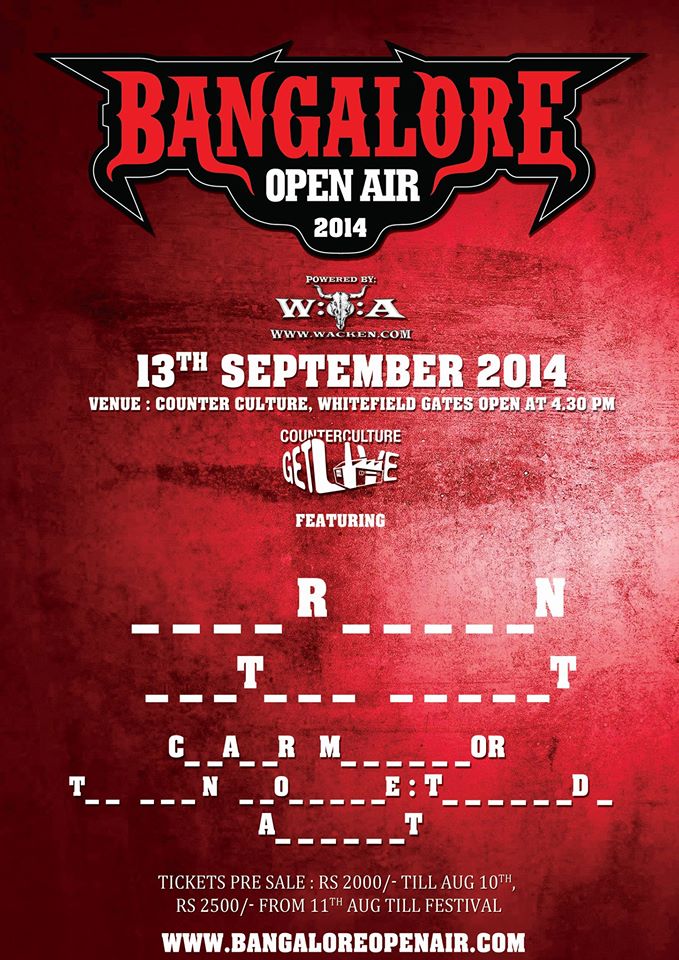 After two successful editions, Bangalore’s biggest metal fest returns! Bangalore Open Air is set to take the city by storm on the 13th of September, 2014 at Counterculture. In a bid to keep metal alive in India, BOA brings some of the best metal bands together to spread happiness among ardent metalheads.

BOA 2012 and 2013 saw bands like Kreator, Iced Earth, Dark Tranquility and Demonic Resurrection taking the stage. Founder, Salman Syed, says this year will see bands from Germany, Italy and Greece along with a few Indian bands. “The highlight of this edition is the fact that the festival is funded by the people. Without the crowd we wouldn’t be able to set up the fest. It’s all thanks to the people!” he informed WTS.  Gear up, metalheads! The wait is almost over.