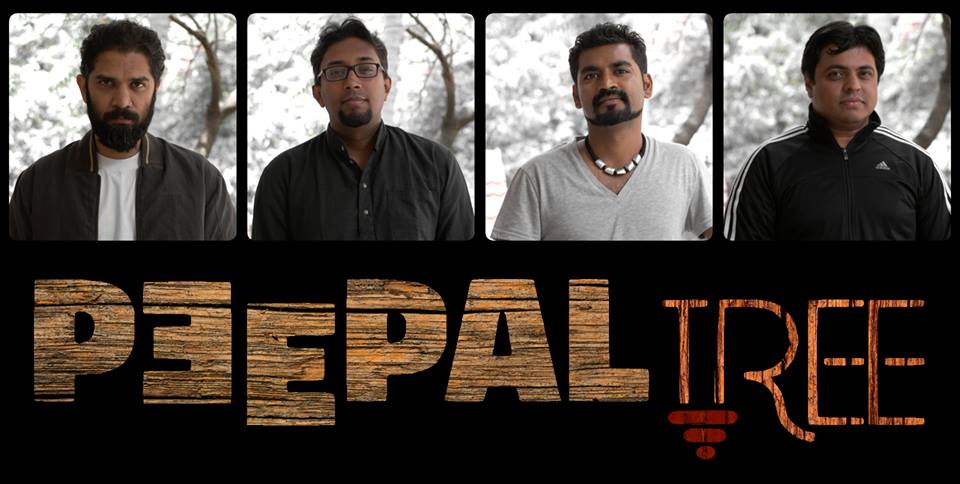 Bangalore-based band Peepal Tree  is all set for their debut gig at The BFlat Bar today. The band comprises Sujay Harthi on vocals, Tony Das on guitars, Praveen Biligiri on bass and Willy Demoz on drums and percussions. They describe their music as “Indian melodies sitting on funk grooves with overtones of electronica, and sung in Indian languages.”

Each musician in the band has been part of some of the most successful bands from India. Guitarist Tony Das is also a part of the heavy metal band Bhoomi and used to play with independent music stalwarts Thermal and a Quarter, and hard rockers Moksha. He has toured extensively with these bands and does sessions work as a guitarist, bassist, programmer, and writer/composer, both in the studio and live. He has also worked on the background score of some of the biggest Bollywood movies over the last few years such as Paan Singh Tomar, Rowdy Rathore, Son of Sardaar, Saheb Biwi Aur Gangster Returns, R.Rajkumar, with legendary music director Sandeep Chowta. Drummer Willy Demoz has performed globally with the Raghu Dixit Project for the last 5 years. He has also performed with other celebrated and well known artists and bands like Vasundara Das, Sunita Sarathy, Sunita Rao, Keith Peters, Moksha, Bhoomi to name a few. Bassist Praveen Biligiri has performed across the country with numerous bands in Bangalore, most notably Bhoomi. Vocalist Sujay Harthi has performed with various Bangalore bands, the most popular ones being Bhoomi and Second Hand. Bhoomi is currently recording an album with Grammy winning producer Neil Kernon.

Speaking about the band and their debut gig, vocalist Sujay Harthi says, “The four of us have been playing together for the last 12 years and we never had a band that we started together, finally we have a project that we can call our own. Playing regional stuff is definitely a first for all of us and is an entirely new experience for us – singing in a language we have never before. We are hoping that the audience will be pleasantly surprised, and going by the general response to the songs we have released online, I’m sure they will take to the sound!”