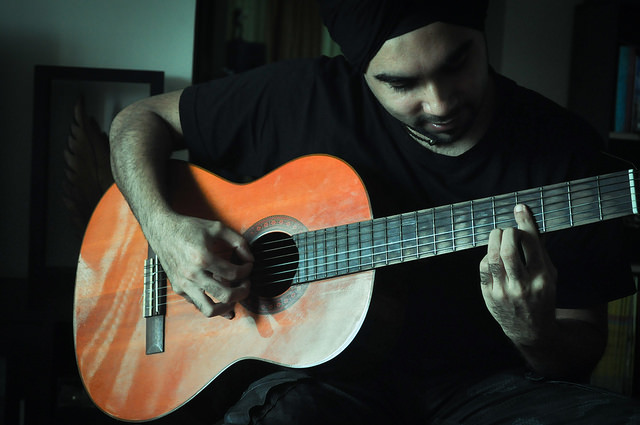 Singer-Songwriter Dilpreet Bhatia has been announced as the first Indian Grand Prize winner in the World Music category of the coveted John Lennon Songwriting Contest for his original song ‘Tere Bin Dil’. The song was selected to win the grand prize by an Executive Judges Panel, consisting of Fergie of the Black Eyed Peas, Natasha Bedingfield, George Clinton, Prince Royce, Matthew Koma, Sean Paul among others. The song was chosen based on melody, composition, originality, and lyrics. As Grand Prize winner, Dilpreet Bhatia won an Epiphone John Lennon Casino guitar in addition to prizes from SSL, Genelec, Native Instruments, Properllerhead and more.

Originally from New Delhi and now living in Mumbai, Dilpreet wrote and composed this song while he was working in a software firm in New Delhi. Last year, he won the International Songwriting Award for Best World Music. Apart from being part of India’s burgeoning independent music scene, he has composed music for ad films, documentaries and a Punjabi Feature Film. His collaboration roster include Grammy Winning Producer Ken Lewis, US based Singer-Songwriter Shane Alexander, Leslie Lewis of Colonial Cousins Duo, UK Based producer Shammi Pithia among others. Dilpreet recently released his first Gurbani track ‘Tu Thakur Tum Peh Ardas’ and is currently focusing on a new minimalist live acoustic session project.