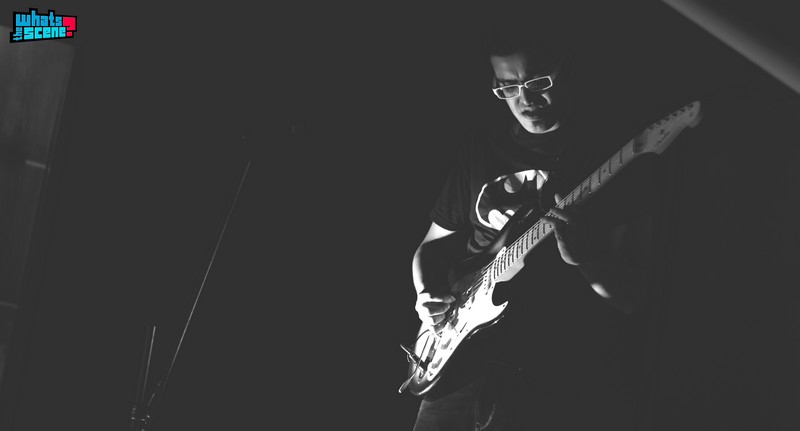 Jazz Rock is a rather welcoming genre that promises a relentless potential for experimentation. Which is why when one has to recommend a band that goes well with the moniker of jazz rock, The Bodhisattwa Trio springs to mind.

The band applies the term to the nature of their music for the lack of a better word, or so they say :

“We couldn’t find a term that would explain the music that we are doing…. jazz and rock are the two pillars or backgrounds that we are heavily banking on. Most of the treatment is very much influenced by Rock music, the content and improvisational spaces are very “Jazz”. While there are other forms of music that have shaped the Trio as well, like Blues, Funk, Drum-n-Bass, Indian Classical etc, it is still a new kind of chutney and if you want to find a name for the chutney, maybe the easiest name you will find is Jazz Rock”.

The Kolkata-based trio marked their spot in the scene with the album Intersections, which introduced the slightly maverick but deeply satisfying execution of songs like ‘Cronos‘ and ‘Annihilation’. On May 23rd, the band have every intention to outdo themselves with the launch of their second album, Heart of Darkness.

As one may imagine, the reference to Joseph Conrad’s harrowing novella on the inescapability of human savagery is sufficient to pique immediate interest. As guitarist Bodhisattwa Ghosh puts it :

“The music is an exploration of the horror that you feel deep down inside.”

The band also tip their hats to Colonel Kurtz in the avatar portrayed by Marlon Brando in Coppola’s 1979 epic Apocalypse Now which shifted the literary context from Africa to the devastation of the Vietnam War.

One has much reason to be intrigued by the merging of dystopian themes, but the band make it a point to emphasize their understanding of music as one of spiritual exchange. To quote Ghosh:

“As music is a form of energy, it translates to us as feelings, emotions and perceptions. I believe, as artists, it is our spiritual responsibility to transmit energy back into the universe where we have received it from. If we rely on imitation and do not have sound we can truly call our own, then I think at some point we are being dishonest to our souls. However I strongly believe that learning is a never ending process and we are extremely thankful to have people who have continued to inspire us and lead us the way towards touching God”.

For this album, the band has chosen to extend the ethos of expression to the visual. At the launch, look forward to a designed installation of pieces framed and created and framed by Shan Bhattacharya, a self-taught photographer who received the 2015 Shergill-Sundaram Art Foundation Photography Grant supported by the Swiss Arts Council. As the band sees it,

“…the work of the photographer/visual artist, Shan Bhattacharya and his ideas are based on the philosophy of expressionism and so is our music. The art is a reflective imagery of the music and the thoughts and feelings that the music evokes in another artist who expresses it through his art form. Thus the art accompanying the album comes as a photobook while you also have the CD that you can listen to have a complete image of what we are trying to express through the work. The album is called “Heart of Darkness” as we are venturing to explore the core of human negativity through two different approaches which come together to make a composite picture.”

“The entire album is recorded completely live and not even in a proper studio. It was recorded in room with a high ceiling to capture drums as reflected in the ceiling. We had installed a very inferior quality microphone at one corner of the room along with other mics which captured much cleaner sounds so that we could bring “bad” sounds in and out of the mix whenever we wanted to.

Looking back at the first album “Intersections”, the band has come a long way. We are deliberately deviating from the “Rock” vibe and concentrating on very intricate playing, harmonic and rhythmic juxtapositions with a special technical emphasis on dynamic range. In this album technique is just the tool and the music is nothing but expression. In a nutshell our aim is to make the listener explore the darkest corners of their inner spirit.”

Their emphasis on plumbing the specificities of fallacious and dysfunctional humanity also presumes to be matched by expressionist and postmodernist influences. In effect the trio convey an intention to provide an artistic experience that triggers elements of self-reflection, and possibly self-realisaton.

The launch will include the presence and performance of two songs by the inimitable Amyt Dutta as well as the talents of Calcutta School of Music faculty member and pianist Arunava Chatterjee.

Yanni to perform in India after 17 years