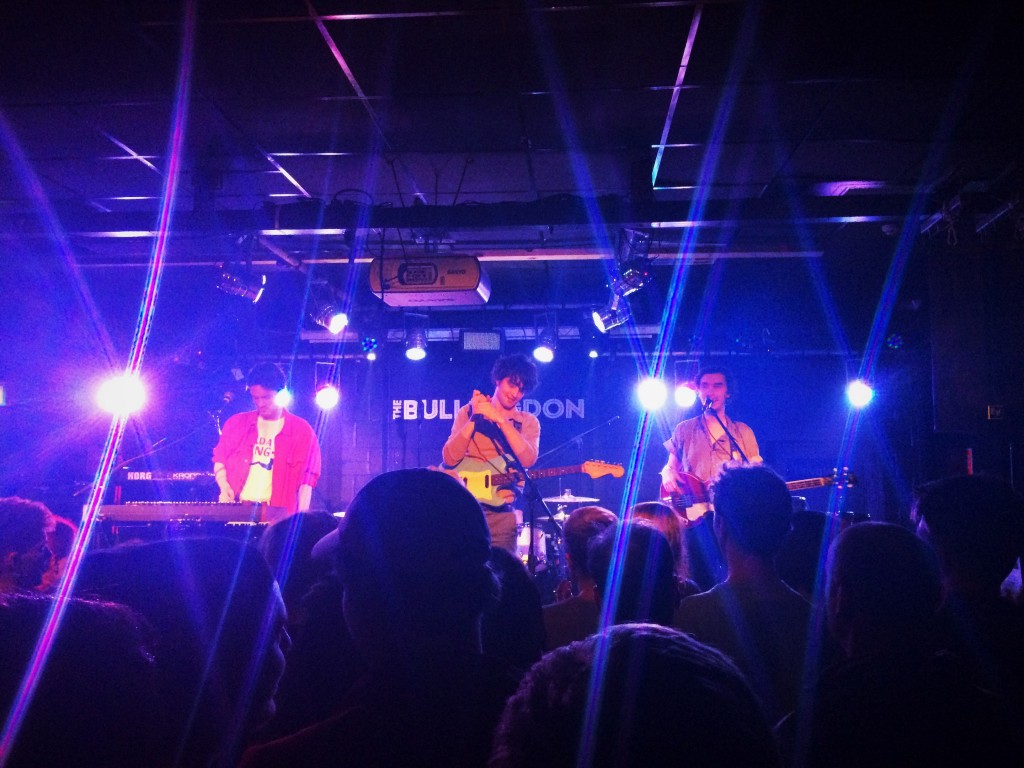 Communion’s New Faces tour hit the Oxford Bullingdon once again last Monday with its strongest line up yet. Fast developing a reputation for showcasing the hottest new acts around, New Faces has previously acted as a springboard for the likes of Frances, Eliza and the Bear and Kimberly Anne. On this third outing, the tour met high expectations once again with a lineup of unfaltering musical talent.

Jack Watts kicked off the evening with tracks from his debut EP Red Shortbread. Silence fell as Brighton-born 20 year old stunned with a vocal versatility that paired warm hushed tones with a stunning falsetto that falls somewhere between Buckley and James Blake. The EP overall is a beautiful portrayal of heartbreak and redemption, with ‘Push Blue’ standing out as a masterclass in raw, emotive vocal power. This guy does angst well. There was a worry several songs in that Watts is perhaps too much of a one-trick pony, given the excess of (albeit perfectly executed) searching vocals. But the man can rip your heart out in four songs and that’s no small feat – his formula is nothing we haven’t seen before, but it’s one that works.

Up next was blues-boy Dan Owen, whose poise and stage presence won over the Oxford crowd in an instant.  Owen’s set combined his gorgeous balladic tracks ‘Fall Like a Feather’ and ‘Splinter’ with some seriously contagious harmonica and country-guitar skills in a cover of ‘Little Red Rooster’. The set ended with the witty ‘When I Die’ (a newly written original), and left the entire Bullingdon club crying for more. Owen’s overall performance is professionally slick: a bass drum at his feet creates heavy confident beats to compliment a rich voice that catches in the best way. Here we have the musical nephew of the Civil Wars and Paolo Nutini: more boisterous, slightly more naïve, but equally as loveable. Solo, this was one hell of a one-man-show – but give the man a full band and who knows what he could do.

Third came a band with undeniably the greatest proportion of fans present (judging by the continuous whooping and cheering throughout the set). Flyte’s entire act makes sense: the four-piece band blends effortlessly, creating a sound that’s clear-cut, preppy & pop-y. Whilst they have every appearance of a fresher group taking to their first college bop, their clean, quirky harmonies are startlingly self-assured and mature.

Following the previous two solo performances, Flyte’s fully amped wall of sound was readily welcomed by a crowd that couldn’t quite believe its luck. The boyband-esque honeyed choruses of ‘Light Me Up’ and ‘Please Eloise’ were infectiously upbeat and perfectly delivered if you like that sort of thing.  Moving on to close their set with some killer new material, these guys drew the biggest cheers of the night.

Rounding off a sequence of damn tough acts to follow, Bridlington duo Seafret’s performance seemed to slightly lose the momentum. This isn’t to say Seafret don’t promise great potential in their extremely well received debut EP Oceans, but we didn’t quite get the full package tonight. Jack Sedman & Harry Draper were accompanied by two additional session musicians that gave  a somewhat needed additional security to their already distinctive sound. Having said this, the set showed brilliant musical diversity and promise, with a particularly slick guitar performance from Draper. Sedman’s vocals are more than reminiscent of Hozier’s much loved style, which could help the duo in catching today’s popularity wave. Already gathering momentum from the support of Zayne Lowe and Huw Stephens (BBC R1), the pair are set to release their debut albumTell Me It’s Real on January 29th. As with all of tonight’s acts, there’s plenty more to come from these guys. Watch this space!