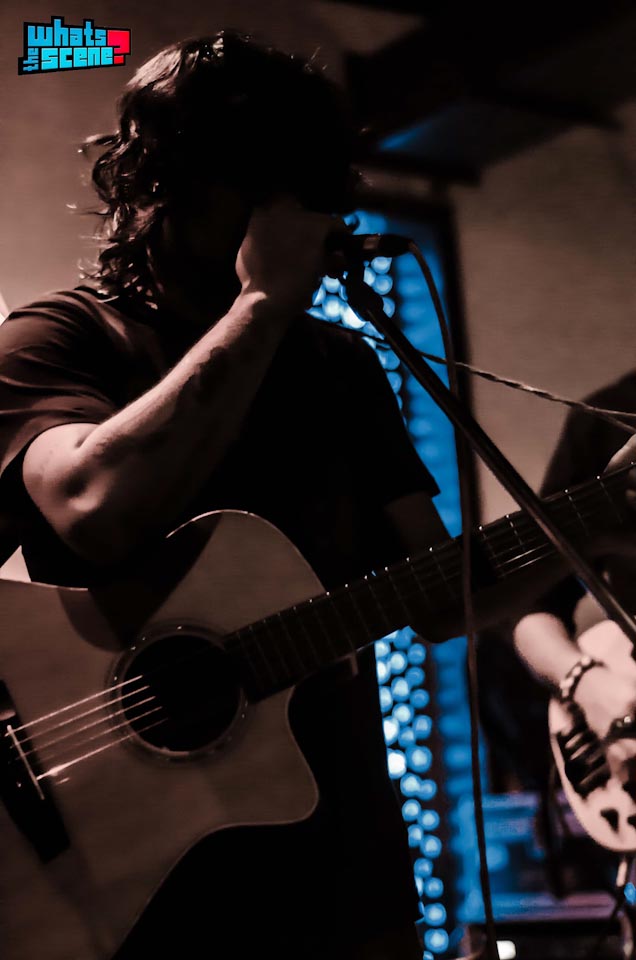 When 16, I attended the ‘western music’ event at a school’s cultural fest. Most of the 12 school bands in competition played covers. With neither coordination nor orders, at least 9 of them played the diamond in the crown jewels of the intangible cultural heritage of the average Chennai CBSE/ICSE English-medium school student of the ‘90s: ‘Summer of ‘69’.

In 2007-ish, I was at Bangalore Institute of Technology for their fest, and happened upon the western acoustic competition. A band was covering ‘Feel Like A Knife’ by Junkyard Groove – one of the very few Indian bands I’d seen being covered by an amateur act, and definitely the only band from Chennai being covered in Bangalore during the Kaveri water crisis.

Though often prone to being dismissed, circa 2007 Junkyard Groove were one of the pillars of the Indian music ‘scene’. They seemed poised to explode with their boozy alt-rock; they had a strong batch of songs, genuine stage presence (the entire band, but particularly bacchanal vocalist Ameeth Thomas and stoically wry guitarist Sid), were playing international gigs, had signed a record deal with Creative Kingdom, and so on. But, straight out of the Rock n Roll Playbook, it all fell to pieces, and they did a GnR and splintered – ‘Junkyard Groove’ lurched onwards with Axl Thomas and the Replacements while the rest of the original band, as Captains of Hook, failed to clear the lowly bar of being Chennai’s Velvet Revolver.

Castles kept burning, the people kept turning, and Junkyard Groove were consigned to being also-rans. They put out new material now and then, but past the circle of die-hards, the wider world walked on by.

When they played at Hard Rock Café on the 17th of January, my decision to go was based on nostalgic fealty (tempered by severely diminished expectations) rather than genuine excitement – much like the lot who went to watch Guns ‘n Roses in Bangalore. Seemingly the organizers had low expectations too, not having bothered to clear the area in front of the stage as they do when expecting good numbers. Still, the turnout had filled most of the incidental spaces, clogging the routes and generally making life miserable for the food-bearing staff. In other words, a good crowd.

As they took the stage, the first revelation was that hell had frozen over (probably the subject of that ‘Chennai snow’ twitter hashtag) when I hadn’t been looking – after a supposedly highly acrimonious secession, Siddharth Srinivisan was back! As it transpires, he’d re-joined a few months ago and played a few gigs with them too, but that didn’t make it any less surprising.

The band began with ‘Imagine’, and proceeded to run through most (we’ll get to that) of the crowd favourites, including ‘Folk You’ and ‘It’s Ok’, perhaps their two most enduring contributions to the ‘scene’, but sadly left out personal favourite ‘Hold’. Ameeth and Sid seemed amiable towards each other; the bassist looked like he’d been plucked out of a Karan Johar school fantasy, his excitement matching that image. The drummer was the hero of the piece, holding the band down with manic liveliness, though he also looked like he was well-versed in asking three questions to allow passage across a bridge.

It’s vague to say that Junkyard Groove were ‘in a playful mood.’ It’s difficult to determine whether their on-stage mirth was an inherent quality or fueled by inebriation, but they did their bit, constantly detouring into ‘Sweet Child O’ Mine’ while playing ‘Rock and Roll’ after having bantered about audience expectations, and also led the crowd in a sing-along of the old Hutch jingle (‘You and I in this beautiful world…’). The crowd, in turn, lapped it up.

As often lamented at HRC, the sound was a bit tinny, and on the day was also hobbled with wonky mixing – the drums were a little high throughout, and at one point the vocals were almost entirely muted. A quibble that most hope HRC will rectify – it’s a little hard to live up to the R in their name if the bands playing there sound like they’re playing from the bottom of a ventilation duct. Or maybe that’s the point of the H.

The other criticism, an entirely avoidable one, was the length of the show. It was simply too short. The band went up at nine-ish, and stopped at ten, taking a break in the middle and having played for barely thirty minutes. They played only eight songs and were primed for more, but were talked down. It reeked of bad administration – if they knew that they had to pull the plug at ten, shouldn’t they have either started earlier, or at least not taken a break? The band were more than willing to play on, starting up ‘Say Goodbye’ (ha.) before the manager put his foot down and cut them off.

Though truncated, it struck me after the show that their song list, apart from one song, hadn’t changed all that much in the last five years, right down to the segue from ‘Thank You’ into Pearl Jam’s ‘Animal’. But the mob loved it, and the mass singing along to ‘It’s Ok’, constant cries of ‘Folk you’, and the ardent enthusiasm on display seemed like both a celebratory sigh of relief, and a reaffirmation of their craft.