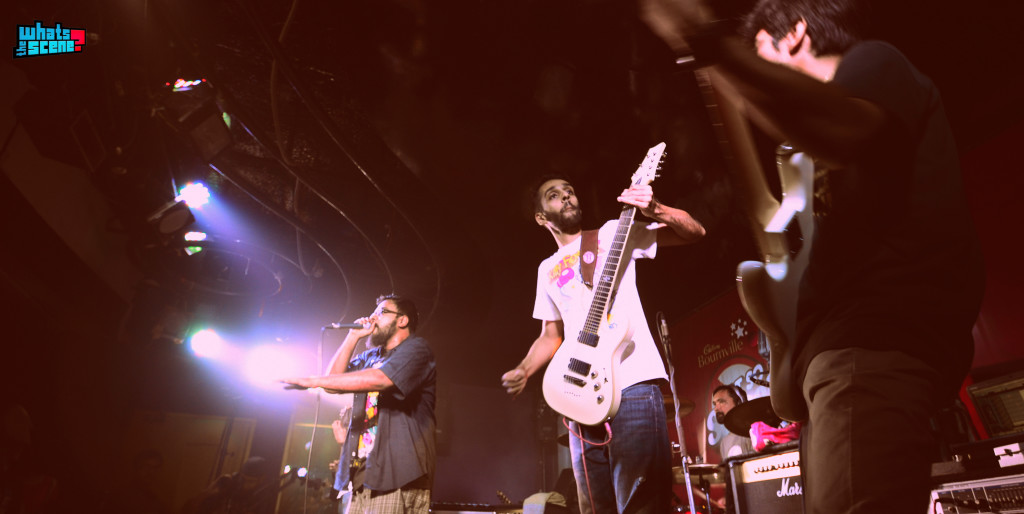 If there is one time of the year when Kolkata wakes up and goes into overdrive, then it is during Durga Puja. This is that time of the year when the average citizen goes absolutely over-the-top crazy, and the city is washed in an array of lights and colors. Mumbai’s very own hard-core monsters Scribe were in town, and they did their part in helping us usher in the crazy festive mood. It was no surprise that they did so with considerable aplomb, considering that Scribe is one of the most loved metal bands in the national circuit, and the band’s popularity knows no bounds, even in Kolkata.

The evening that was all about comedy and music – the comedy being dished out by the renowned stand-up comedians AIB (All India Bakchod) and the music part by Scribe and this gig also doubled up as the Kolkata leg of the band’s ‘Hail Mogambo’ tour. This was in fact Scribe’s third ever gig in the city and they were performing here after a gap of approximately three long years. 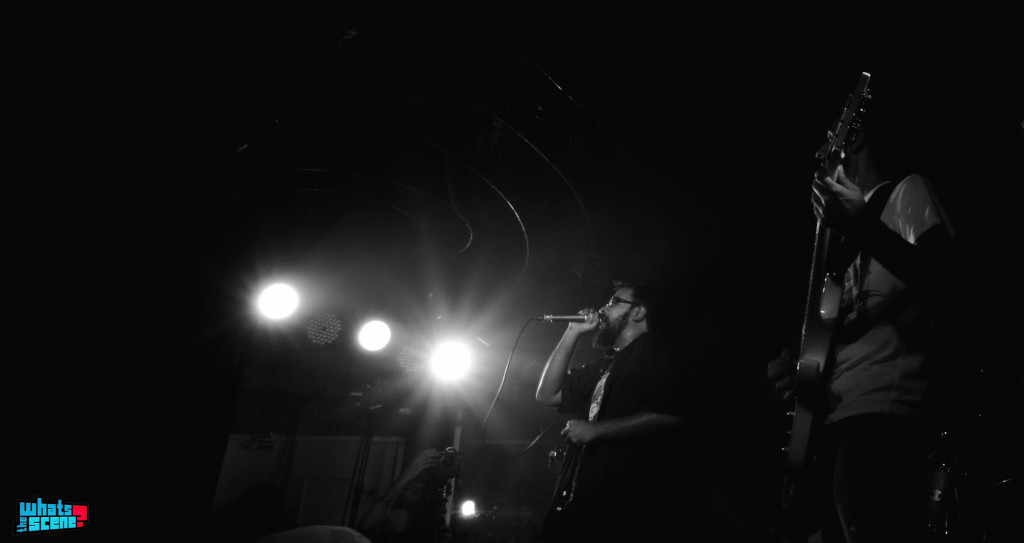 Unfortunately, the number of comedy-lovers far outnumbered the metalheads that evening – add to that the fact that it was a gig starting reasonably late on a weekday, and you had a turn-out which was far less than what the average Scribe gig in Kolkata has drawn in the past. Nevertheless, the crowd was fully charged and in their element, and the band took absolutely no time in settling down and went ahead to dish out a setlist comprising of around 15 songs that were a mix of old and new, known and unknown, heavy and downright wacky.

Starting off with the first track from their highly anticipated album Hail Mogambo, Vishwesh Krishnamoorthy and company gave the crowd a taste of their soon-to-be released new material. Polite applause greeted this new song, but this mildness soon gave way to some screaming and wild headbanging as soon as the intro for the song ‘R.S.V.P.’ was played. The headbangers instantly turned the venue into a massive mosh-pit, and although the energy levels seemed to be a tad low, the crowd’s enthusiasm could not be faulted. ‘R.S.V.P.’ was followed by another song ‘M-Power’  from the Mark Of Teja album, and the moshing went on unabated. 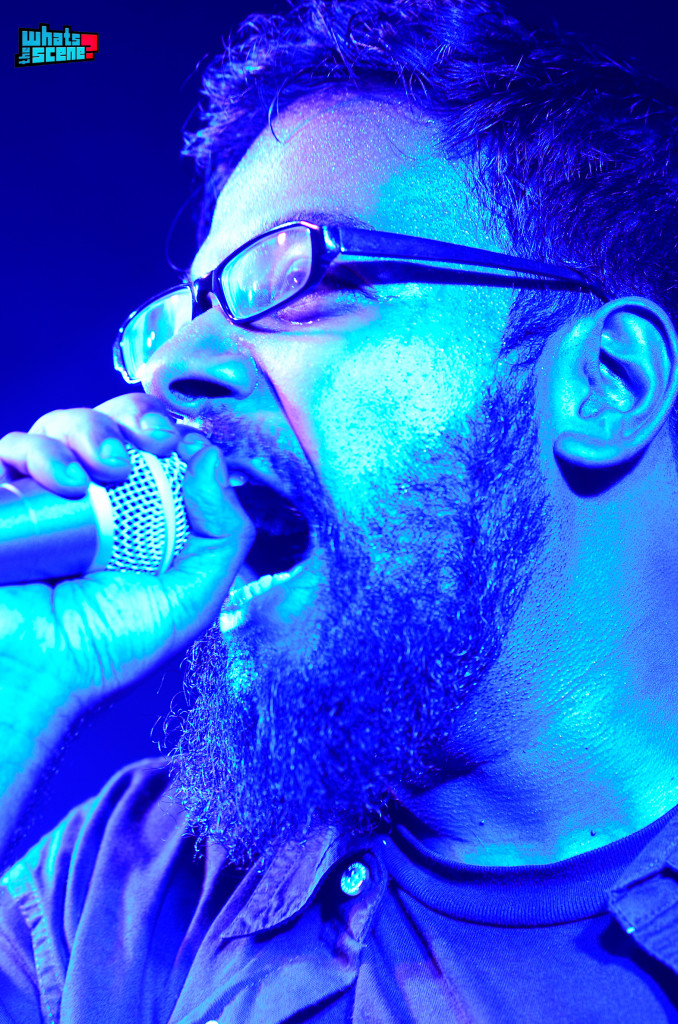 Scribe seemed to be rather impressed with the crowd’s wholehearted response so early into their performance – but to be honest, this wasn’t much of a surprise. Kolkata has not had a noteworthy metal band pay visit to them in a long time and so it was no surprise that the band had the crowd do their bidding all through their set – and when the call for stage-diving volunteers was given, Kolkata did NOT fail to oblige. The response to their newer songs ‘Cops! Cops! Cops!‘ and ‘Calendar Khana Lao’ was also a lot more vigorous, as it was for ‘Buddy’, a song which featured on their debut album Have Hard. Will Core. But the loudest cheers were reserved for songs from their third album, Mark Of Teja and ‘I Luv You Pao Bhaji’  literally brought the roof down on the Princeton Club, and Virendra Kaith on drums pounded away with such ferocity that one would actually think the building was on the verge of collapsing!

The motley crowd of comedy-lovers who had remained after the performance of AIB seemed like they had been hit by a whirlpool. Most of these fine folks were witnessing their first ever metal gig and the sheer aggressiveness of the crowd was enough to keep them at the fringes near the bar end of the club. However, both the music and Scribe’s stage antics played a big part in getting some of them to shed their inhibitions and Vishwesh lost no time in cajoling them and the rest of the crowd to get the women together for Kolkata’s first ever mosh-pit exclusively for the ladies! Luckily, no one was injured and everyone had their fair share of fun. 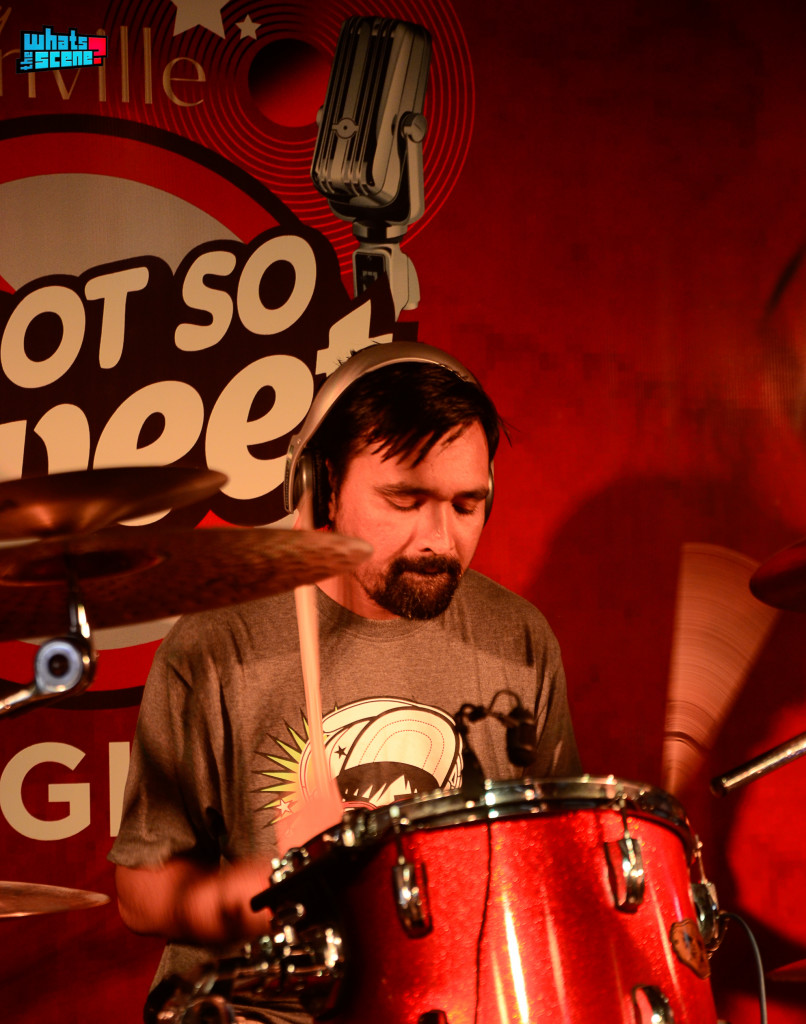 Also in the setlist were a couple of covers – Limp Bizkit’s ‘Gold Cobra’ and Korn’s ‘Somebody Someone’, both having the distinct Scribe feel to them. The wisecracks kept flowing too, and Akshay Rajpurohit ably assisted Vishwesh in this department when he wasn’t busy with his guitaring. Anyone who has attended a Scribe gig in the past would know what sort of wisecracks to expect from this wacky quintet!

All good gigs must come to an end, although the crowd had no intention of letting the band go easily! So not one, but two encores were the order of the evening – the first one being another huge crowd favorite from Mark Of Teja – ‘1234 Dracula’, followed by ‘One Wing Pencil’ from Have Hard. Will Core. And with that song came the end of another Scribe show which knocked the socks off everyone in attendance. 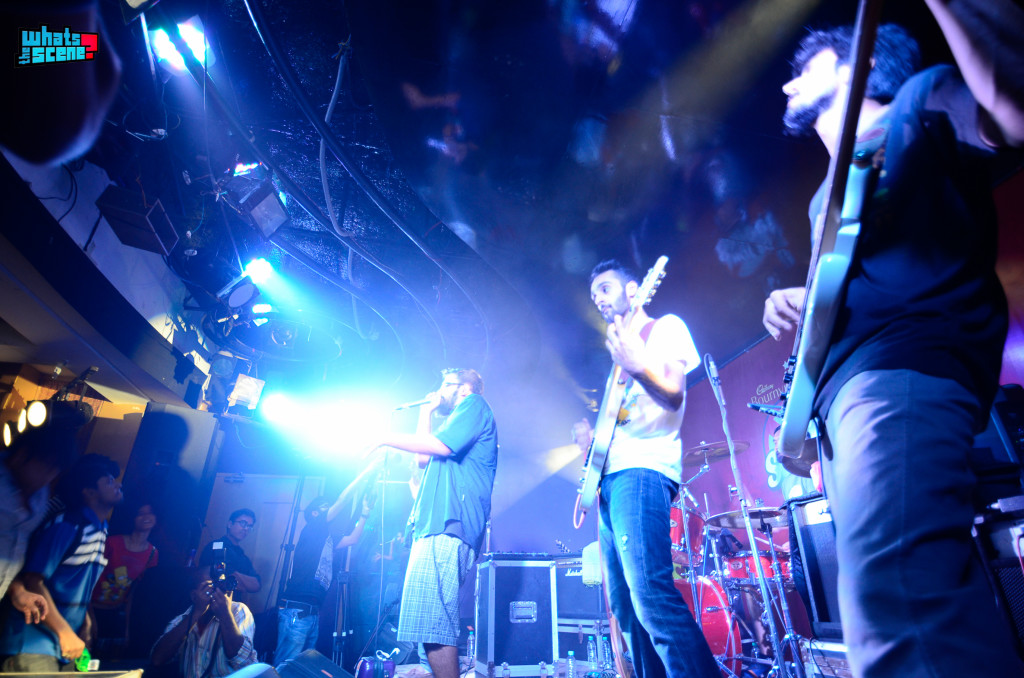 There is no denying that the crowd had a great time and most of them are now looking forward to Scribe’s performance during the Kolkata leg of the NH7 Weekender in December. Till date, the band has played three gigs in the city, all of which have been at pubs – and while a pub gig does bring out a level of intensity and intimacy which can only be attained in a closed venue, yet most Scribe fans from these parts are looking forward to see how their wackiness translates onto a bigger stage!