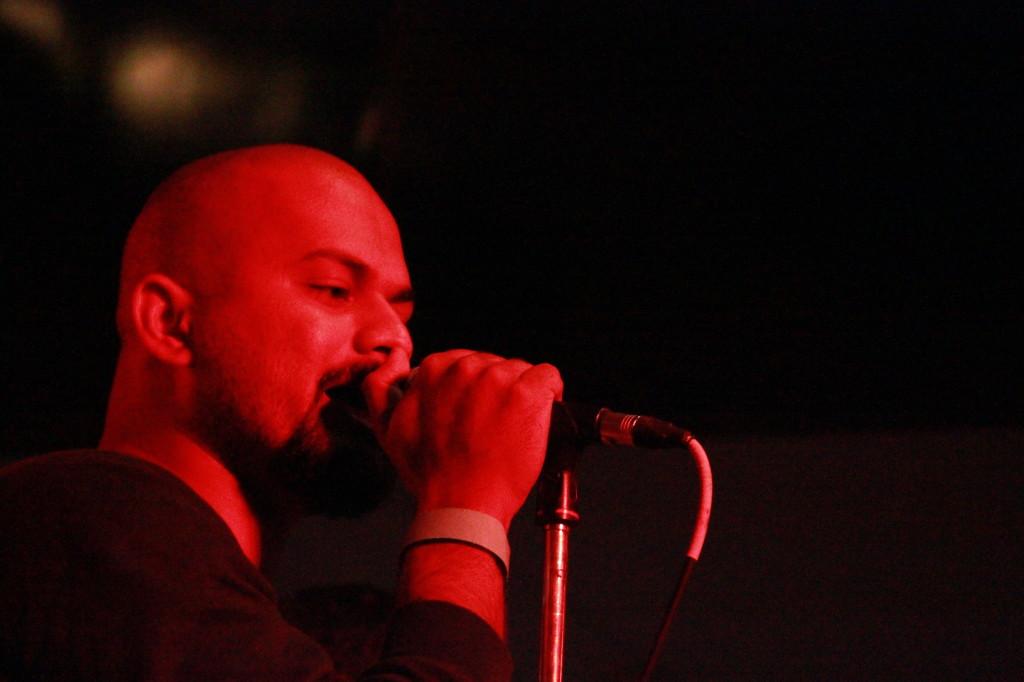 When you bring a bunch of working professionals, the love of rock music and great talent together a band like Sonic Flare is born. After many “beginnings” in 2002, the band was formed with Neeraj, Jongky, Ajit, Vinay and Martin as their first lineup. The current lineup of the band, however, is vox by Nikhil and Priyanka, Neeraj on the guitars, Jongky on the keys, Ajit on the bass and Vinay on the drums.

Sonic Flare decided to celebrate Republic day at Hard Rock Cafe, Hyderabad. An evening of good classic rock, their set list included a couple of their own compositions and covers of some of the all-time classic greats with vocalists, Priyanka and Nikhil taking the lead alternately. 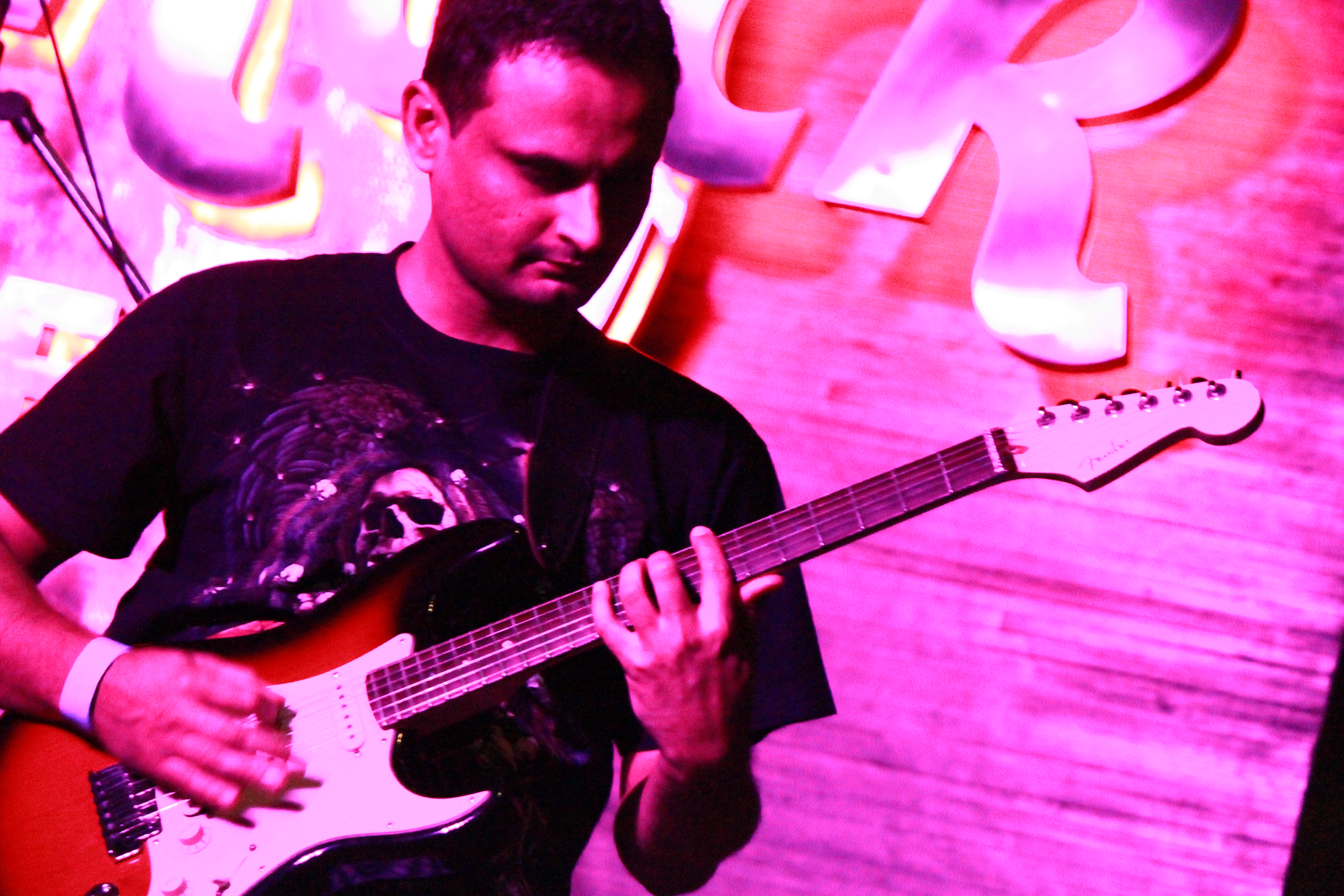 They opened with a cover of Black Crowes’ ‘Hard to Handle’ that got people grooving. Tina Turner’s ‘Simply The Best’, Eric Clapton’s ‘I Shot the Sheriff’, and Jefferson Airplane’s ‘Need Somebody to Love’ were nostalgic for those who grew up to listening to them. The blend of both Priyanka’s and Nikhil’s voices was harmonious when they sang The Knacks’ ‘My Sharona’. Also, their covers of Pink Floyd’s ‘Coming Back to Life’ and Cranberries’ ‘Zombie’ were probably the best versions heard live in Hyderabad. The rest of covers included Dire Straits’ ‘Money for Nothing’, Queen’s ‘Under Pressure’, Van Halen’s ‘Jump’. And the finale –  the all-time favourite Guns n Roses’ ‘Sweet Child O’ Mine’ got the crowd singing along.

Whereas ‘Take Me Away’, ‘Beautiful World’, ‘Stay’, ‘Dream On’, and ‘Me and You’ were their original compositions, which felt like they stepped out of the 80s. Their music is a light-hearted blend of rock, funk and blues. Every composition had its own essence and ‘Stay’ seemed to be the favorite among Sonic Flare fans. 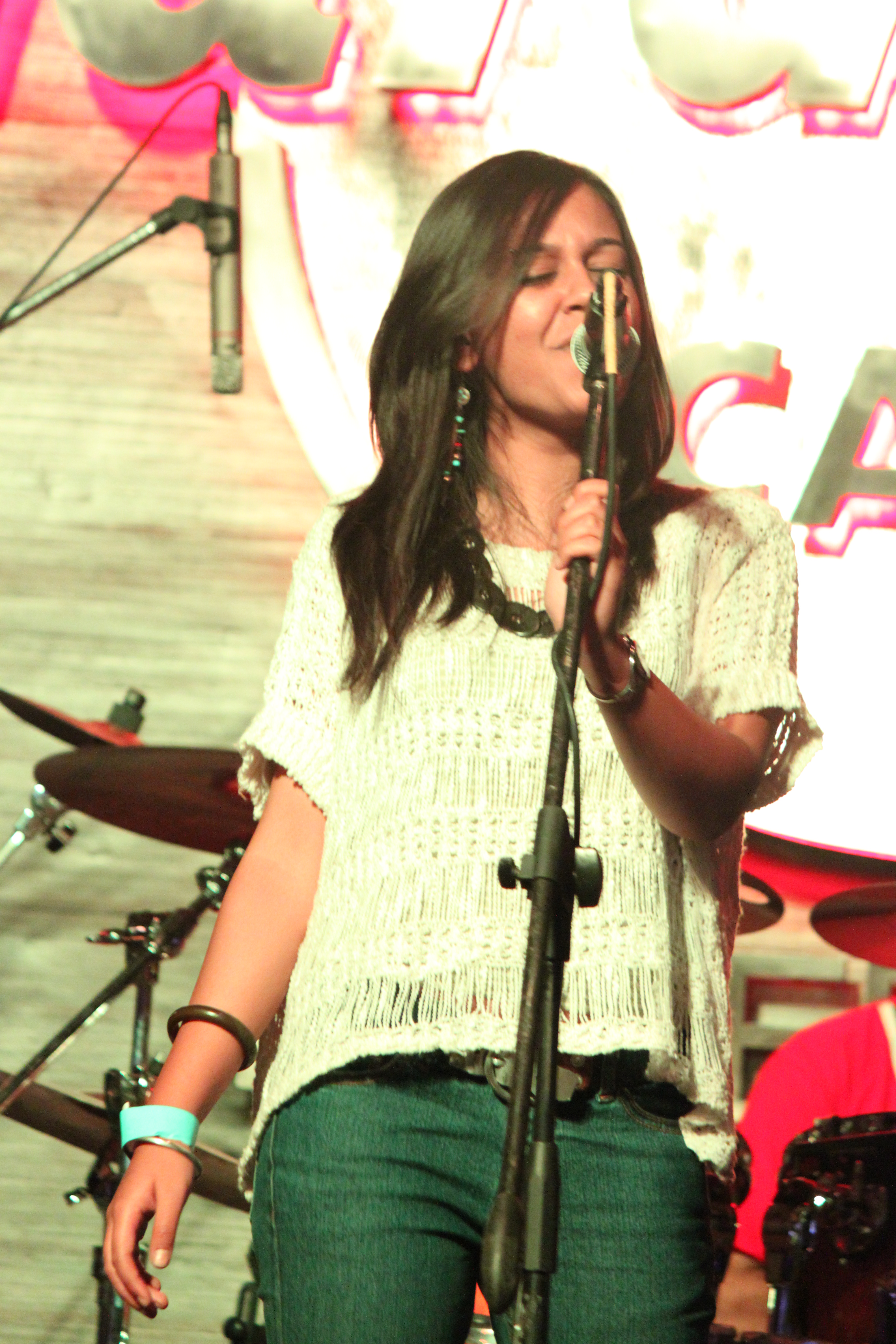 Thanks to dry day the turnout was not great. This did not bring down the spirits of the band and those present, and turned out to be quite an enjoyable evening. The band interacted with the crowd and had great stage presence. Their energy was contagious. Though the sound had some tweaks here and there, it did not affect the performance.

There are only a few bands that play classic rock and blues, Sonic Flare being one of them. With the bluesy vocals of Priyanka, awesome ranges of Nikhil, the classic tones of Neeraj’s guitar, some crazy bass lines by Ajit, the old school tones that Jongky played on the keys and Vinay not skipping a beat on the drums, this band played to perfection. Each member of the band brought his and her own flavor to their music. Despite the small turnout, it was a wonderful evening of classic rock. Nobody really wanted the evening to end.