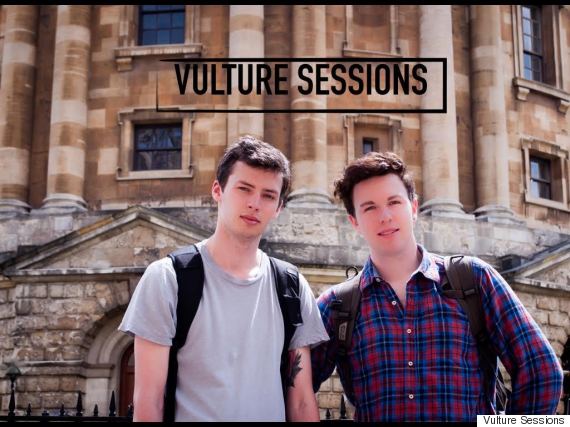 If you were to name Michaelmas term 2015’s ‘top trenders’, the Vulture Sessions boys Jack Saville and Nick Hampson would undoubtedly top the list. Launching in January this year, the two New College students have taken Oxford University’s indie scene by storm: filming and promoting otherwise hidden musical stars in the city’s beautifully unique surroundings, and then releasing the videos on all platforms of social media. The formula has become a viral sensation, and the success of its first live event (18.11.15) was the ultimate validation of their brand’s skyrocketing popularity.

With the promise of a seven-act strong line-up, the Holywell Music room filled up with ease. Saville and Hampson, accompanied by their dedicated team, rose to the occasion with professionalism and infectious enthusiasm.

The breadth and diversity of the night’s performances gave us a never-before-seen glimpse into the heart of Oxford’s music scene. Second year Zander Sharp opened with several original songs, establishing himself not only as a beautiful songwriter and vocalist, but also as a dab-hand at the fiddle. His naturally warm stage-presence pulled the Holywell’s audience into his performance, which showcased his particularly beautiful falsetto tone.

St Hugh’s students David McFarlane and Caitlin Chalmers gave us another gem of the night with a stunning rendition of Scottish folk tune ‘A Beggar’. Their set was a favourite for many, and – despite a few technical issues – impressed with loop-pedal wizardry from McFarlane and pure vocal harmonies from Chalmers.

The next highlight came from a duo who are fast becoming big favourites on the Oxford gig scene. The 52s (known to friends as Oli Dinwoodie and Vivekka Nagendran) have musicality in spades, with tracks that exhibit a tasteful, unique blend of soul, folk and R&B influences. The addition of trumpeter Barnaby Wynter also added an expertly sultry addition to group’s sound. The Holywell was still on its feet as they closed their set, the audience captivated by their lovable modesty and mesmerizing onstage chemistry. We certainly have the 52s marked as ones to watch.

Guest performer, Via Sanda, closed the night’s lineup with a voice from the other side of Oxford. As one of Vulture Session’s more recent additions, he is the first Brookes student to have recorded with Saville and Hampson. His original ‘Cold Side’, in particular, was – both lyrically and in live performance – incredibly moving and honest. It would seem that perhaps Brookes and Oxford can work in harmony after all (…sorry).

This Wednesday evening it was made clear that Saville and Hampson have achieved something amazing over the past 10 months. They have provided an invaluable platform to budding student artists – and for that, the Oxford indie scene is indebted to them. Bring on 2016.