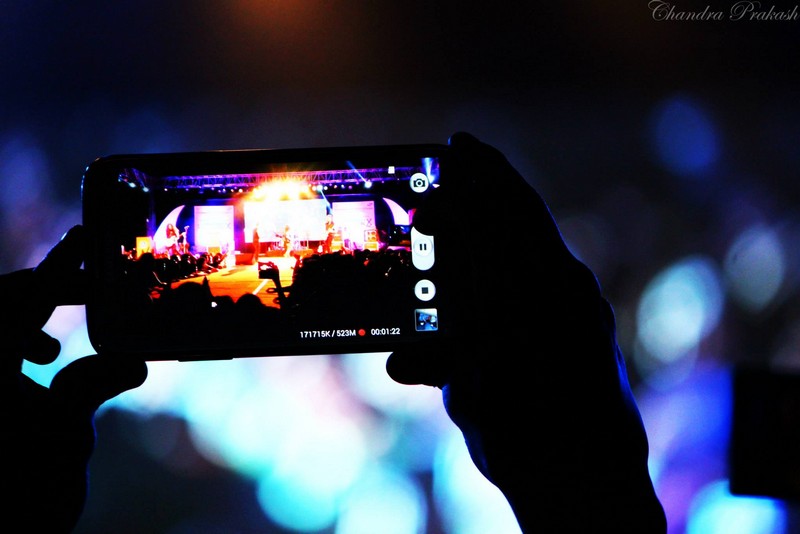 Higher on Maiden, Iron Maiden’s official tribute band from UK gave an unforgettable two-hour performance at Nitte Meenakshi Institute of Technology, Bangalore on 12th January 2014 (Read all about it here.) Higher on Maiden has Big Dickinson on Vocals, Swifty Harris on Bass/Vocals, Adrian’s Myth on Guitar/Vocals, Dave Hurry on Guitars and Clive Blurr on Drums.  We had a quick chat with the band and here’s what they had to say…

WTS: How does it feel to be back in India again?

HOM: The feeling is awesome and unforgettable. We have been here five times now. Every time we come back the whole experience seems to get better and better. We love India and we love the people, we cannot wait to return again!

WTS: What was the reception like the last time Higher On Maiden performed in India?

HOM: The reception is always the same – everyone goes crazy for the music. The crowds in India really know how to have a good time and we feed off that energy and try to put on as good a show as we possibly can. We think definitely the best crowds we have ever played to are in India!

WTS: Your band has shared the stage with the legendary Iron Maiden. How was the experience?

HOM: It’s like you’re standing there on stage, with your instrument, playing Iron Maiden, then you look across the stage and see Adrian Smith or Steve Harris or Nicko McBrain who are on stage with you, playing along! How surreal is that? You have to pinch yourself! We are so lucky for this to happen, and they are all such great guys who are really down to earth – amazing!

WTS: Can your fans expect original compositions in addition to Maiden covers?

WTS: What are your big plans for the future?

HOM: More tours of India would always be amazing also there have been talks of Nepal, Cambodia, Vietnam maybe, we are also constantly trying to play better, tighter and put on the best show we possibly can.

WTS: What do you think about the metal scene in India?

HOM: Because we are only in India a few weeks a year it’s very hard for us to comment on the metal scene there – it’s something we are interested in and hope to find out more.

WTS: Which other band has been a major influence other than Iron Maiden?

WTS: Given a chance, where would you choose to perform – what is your dream destination?

HOM: We have been blessed to play in so many countries over the years and for us India is at the top of the list. Brazil or Tokyo are two places we would love to perform and visit.

WTS: As a band, how has the journey been since the inception?

HOM: It’s mind-blowing that after 19 years we are still doing what we are doing and it’s still getting better. As we’ve said before, this band is about having fun, putting on a great show and fully engaging the crowd in the show, so we are as one, celebrating the awesome music of Iron Maiden.

WTS: What are your top 3 Maiden songs?

HOM: Oh dear, lots of differences of opinion here! This is the hardest question, but if it has to be 3 we think ‘Hallowed be thy Name‘, ‘Phantom of the Opera‘, ‘Aces High‘, but there are still arguments about these – too many great songs! .Oh yes – ‘Fear of the Dark‘, ‘Number of the Beast‘ etc etc!