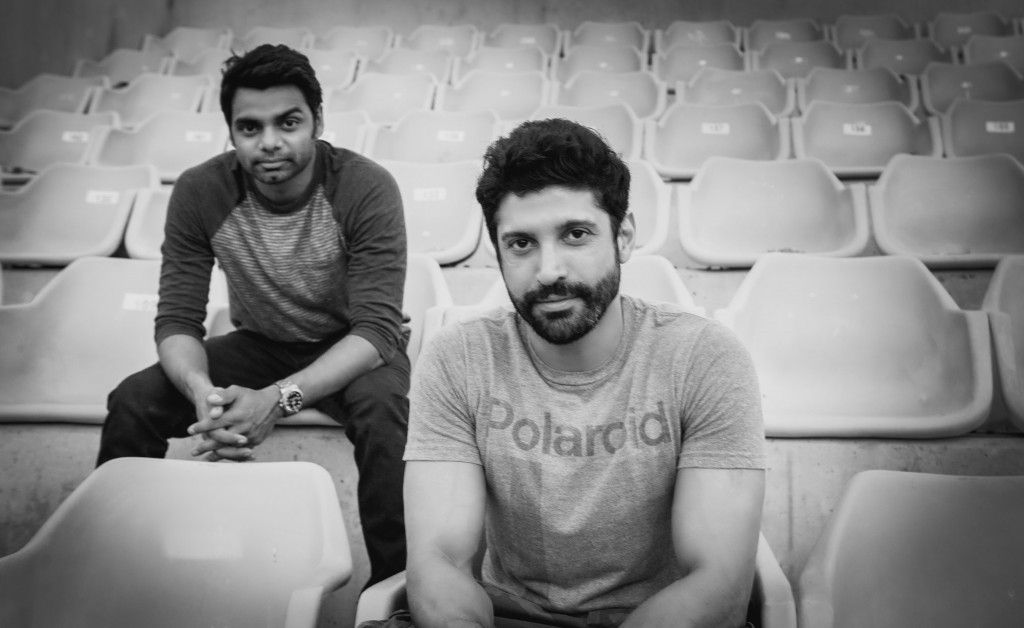 In a first-of-its-kind initiative, Music Publishing and Talent Development Company Farout Media has created a new song ‘Mutant Macha’ and licensed it to Star Movies for the television premiere of X-Men: Days of the Future Past on 19th April, 2015. The song ‘Mutant Macha’ is a collaborative effort between Farhan Akhtar, Vishal Dadlani and Chennai-based band Skrat.

We spoke to Farhan Akhtar and Anurag Rao, founders of Farout Media about ‘Mutant Macha’ and the other interesting projects they have lined up this year!

WTS: Tell us about Farout Media and the vision of the company with respect to contributing to the indie scene.

Anurag: Farout Media is a start-up focused on music publishing, music and its IP management and a talent development company formed by Farhan and me. We’re incubating multiple ways of creating and enabling artist-centric independent music, which creates new avenues of distribution, monetization and promotions.

Farhan: There are three aspects to the business model : Talent Development, Music Licensing and Content Monetization. Our vision is global and reflective in the partnerships we have created so far. The founding team of Farout Media brings about very successful media entrepreneurs and diverse experiences.

WTS: Can you give us more details on how you intend to bring indie artists from India into the mainstream and monetize content?

Anurag: Through music innovations, it’s monetization and Cross Media Partnerships (TV, Film, Advertising, Sports and Digital). In the case of ‘Mutant Macha’ we pre-sold 100,000 digital music downloads and created a new revenue stream for the content.

Farhan: At the incubation stage of the company we are narrowly focused on a specific skill set in musicians i.e. singer-songwriters and performers. Our efforts are to drive this aspect and infuse it with large global partnerships which leads to the monetization aspect. We firmly believe that in the changing landscape of the music business, pre-sale of content is the best way to monetize independent content or rather new music works that are yet to be released. Hence, we bundle Artist Association, Artist Engagement, New Musical Works in Brand Marketing Partnerships and Corporate Social Campaigns.  A component of that is pre-paid music in the commercial transactions.

The second aspect of monetization is Music Licensing across the existing retail of music, for which we have a partnership with Times Music. Our music is available globally and across the main platforms of music consumption – iTunes, Spotify, You Tube, Facebook or local majors Gaana, Saavn etc.

And, the third aspect of packaging this to main stream is bringing in unique artist collaborations within our talent roster and breaking indie musicians through co-creation of new musical works with successful and mainstream musicians or talent.

WTS: Tell us more about ‘Mutant Macha’. How did the collaboration with Skrat and Vishal Dadlani come about?

Anurag: Mutant happened after we created a ‘Music Synchronisation’ opportunity with Star Movies around their On-Air Programming.

Farhan: Anurag played me Skrat’s Music and I really liked their sound. They seemed apt for this project and Vishal Dadlani agreed to participate as a Co-Writer and Curator. This lead us to the studio session and creation of ‘Mutant Macha’.

WTS: What made you pick Skrat over other Indie bands for this particular project? What was it like working with the band?

Anurag: Skrat is a very talented band from Chennai and both Farhan Akhtar and Vishal Dadlani love their music.

Farhan: Skrat’s music demonstrates a great understanding of Progressive Rock. Sriram is an extremely talented singer-songwriter. As a 3-member band they are kickass, Sriram’s guitar riffs come screaming out loud. The best part about Skrat is that they won’t compromise on their integrity for anything, that’s why they make such brilliant music.

WTS: Is ‘Mutant Macha’  part of a series of song and music videos you are making for Star Movies?

Anurag: This is a beginning of a new relationship with Star Movies and we will continue to build music innovations from here.

Farhan: This is the first opportunity and yes we are discussing more creative collaborations which help everyone in the value chain.

WTS: What is your opinion about the absence of indie artists in film music? It is incredibly hard to find music by any musicians and singers from the indie scene that is part of a film soundtrack. Do you have any plans of making this happen?

Farhan: There are two dynamics of the film soundtrack that are changing – we have more bands and performers composing music now and each work of film is Indie in itself, if you think about it. The musical work is unique and never heard before.

We believe with the growth of Music Publishing side of the Business, licensing musical works is not too far, in fact, it is already happening in many cases and it will continue to grow. At Farout Media, we are in conversation with multiple movie studios to work on such assignments.  One part of Farout Media’s Music DNA is being a Music Publisher as well.

Anurag: The industry at this stage is dominated by Bollywood and as a musician, one needs to be networked with powerful and influential people, to get the music heard. At the same time there is a lack of Music Supervisors and A&R skill-set who can connect the dots between the music projects – new music and artists.

The film music OST is changing as well, music is being made with various artists and licensed musical works are becoming hit songs. Our effort is to take the new music and emerging talent and amplify them across multiple media consumption platforms.

WTS: What other interesting projects do you have lined up in the near future?

Farhan: We are working on multiple artist collaborations and artist-fan direct connections and will share that information over time.

Anurag: Our current focus is on couple of things : unique artist collaborations, artist-fan engagement models, indie works monetization models, global presence, strategic and scalable partnerships and amplifying the MARD initiative through creativity. Projects are subset of this direction of the company and we believe with every opportunity we create and make visible in the market place, the universe of music business gets a positive impact.

The interesting part is to make contributions in the changing landscape of the music business and the new music industry formation. We are making a contribution in safeguarding the interests of the talent, their fans and our partners in the value chain that includes the existing record labels, broadcast, digital and social eco-systems.

WTS: Which other bands and musicians are you keen on working with next?