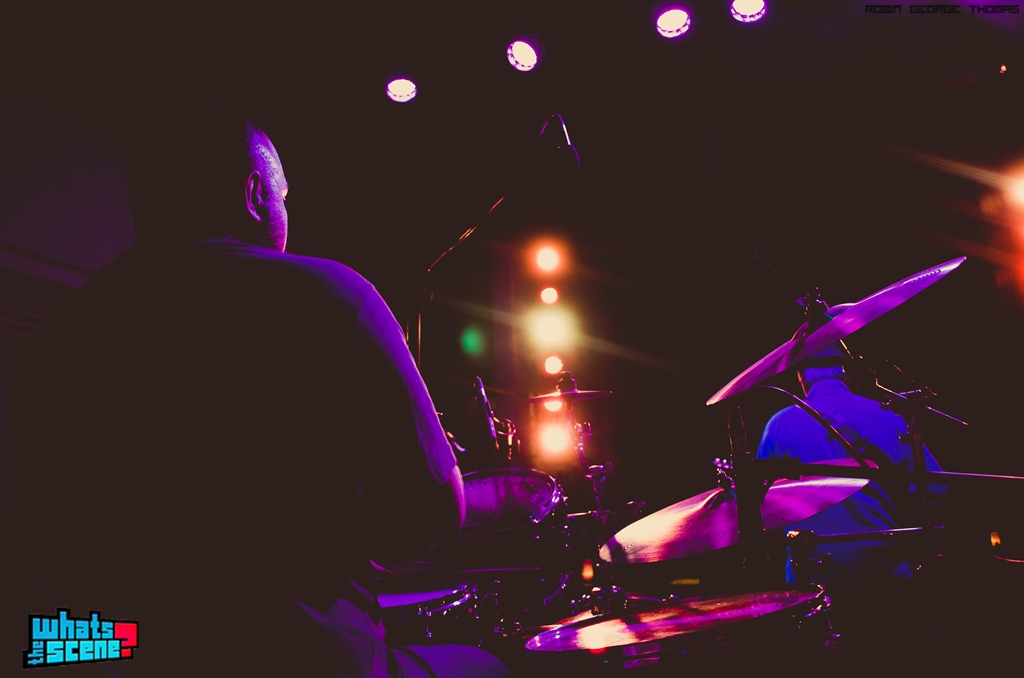 It really is a shame that a combination of traffic, miscommunication and uncharacteristic tardiness on my part had me walk into the venue just as Adil and Vasundhara were wrapping up their set. I would’ve loved to watch them live but had to instead rely on rapturous one-line reviews from people around. But I wasn’t too perturbed as there were some more world class acts to follow – The Saturday Night Blues Band from Kolkata, Blackstratblues from Mumbai and, of course, the headliners Bobby Whitlock and Coco Carmel all the way from the US of A. The stage was well set up, the sound was perfect, and the weather couldn’t have been more pleasant if it tried, and I took my seat to drown myself in the blues.

The Saturday Night Blues Band started off loud and very proud with ‘Blues is my Business’, and apparently (as the lyrics go), “Business is good!” and it sure sounded like it! Singer Arunima Dasgupta’s voice was powerful, intense and in control. The band had a very tight old school blues sound. The Saturday Night Blues Band consists of Jayanta Dasgupta on Guitars/Vocals, Arunima Dasgupta on Vocals, Stuart Munrao on bass, Rohan Ganguli on the guitar and Avinash Chordia on Drums.

They played a mix of slow blues and danceable numbers like ‘6345789′ by Wilson Pickett and the great SRV’s ‘Mary Had a Little Lamb’. Their rendition of ‘Look Don’t Touch’ by Hubert Sumlin had an amazing Boogie Woogie rhythm and this was a song where they showed great stage presence and connected with the audience. Jayanta Dasgupta’s solos were quite incredible on every song. Ganguli, though somewhat silent at the start and playing only the rhythm parts, blazed his fret board every time he graced us with a solo. They ended their set with ‘What Good Can Drinking Do’ and ironically the audience raised their glasses to bid them goodbye!

As I looked around the venue, I had one major problem with the way it was organized – the strange seat segregation. There were three passes- Silver, Gold and Platinum. The Platinum – the costliest one (with free booze) – was right in the front and was only some 20 feet from the stage. It was the only section that stretched across the breadth of the lawn venue. The rest of the sections (Silver and Gold) had a chunk cut out from the left side to accommodate the monstrous sound console section. Moreover I felt that dividing the venue into three sections when the strength of the audience wasn’t more than 500 was an unnecessary waste of space.

India’s favourite trio Blackstratblues took to the stage next. The band has been revolutionary in the way they have popularized their brand of blues-based instrumental music to college audiences in the country. Originally the brainchild of guitarist/composer Warren Mendonsa, he was joined on stage by his live band consisting of Sidd Coutto on drums and Johann Pais on bass.

Blackstratblues are a thrill to watch live, always pushing their music to the limit, playing entire sets without losing the vigorous intensity that makes their performances so special. After a fierce blues-rock intro, they started their proper set with ‘The Happy Billi Song’ from The New Album. This was followed by a couple of new songs, ‘The Universe Has a Strange Sense of Humour’ and an untitled song. All the new songs they performed, named and unnamed, had a distinctly darker sound than the usual Blackstratblues material. The songs involved more layers of rhythm than just plain guitar solos. Here we also saw Warren playing around and jamming with his delay and wah guitar pedals almost as if the pedal board was the fourth musician on stage!

‘Blues for Gary’ from the band’s debut album Nights in Shining Karma put Warren’s guitar playing in the spotlight, clearly showing his unique mix of playing styles, which involves a typical blues style of soloing but with that pinch of India thrown in and always served with some extra Bombay for good measure. The same goes for ‘Ode to a Sunny Day’ that was the last song of the set, though this song is a lot more folksy. Written by Warren when he was going through a tough time in his life, this is a song that always inspires. It sounds like the narrator is running towards the light at the end of the tunnel, and maybe someday reaching it too. And who is the narrator? It’s the black strat, of course, that conveys all of this without ever speaking a word!

Finally, we had Bobby Whitlock, Coco Carmel and their band get on stage. Their band consists of Jeff Plankenhorn on guitar and Austin Robbie Venturini on bass. They started their performance with ‘Anyday’, the first of the many songs from The Derek and Dominoes album that they played. All of the songs from that album have stood the test of time for almost half a century. Whitlock and Carmel’s rendition that night was proof enough that music so powerful and ever-relevant won’t fade away too easily. The song also featured Jeff Plankenhorn’s unconventional style of electric guitar slide playing where he keeps his fretting hand over the fingerboard and plays it like a lap steel guitar. The sound he got out of it was incredible, a Duane Allman-esque sound that is quite new to most Bangalore ears.

This was followed by ‘Keep on Growing’, again from the Layla and Other Assorted Love Songs album, and ‘Got to Get Better in a Little While’, which wasn’t in the original album but was later released as a bonus track. Most of these songs have unique southern rock harmonies, not powerful in terms of loudness or range, but in intensity and emotion.

Coco Carmel, after having played rhythm guitar accompanying her vocals until then, took up the saxophone for the rest of the gig. The volume was slightly low at the start, and after a few of the audience members complained (and the band and the sound guys finally realized that it wasn’t just drunken shouting), it was soon rectified.

Towards the end of the gig or perhaps the reason for the gig to prematurely end was a visibly uneasy Whitlock. They ended the gig with ‘John the Revelator’ and ‘Layla’. Their rendition of both the songs was quite slowed down. It was a very different take on Layla. It alternated between a slowed down verse and an upbeat chorus with, of course, the iconic main riff. At this point, Whitlock looked quite ill and had to get up from his keyboard numerous times. Immediately after Layla, the gig took an unfortunate twist as Whitlock ran backstage and passed out. He had to be carried to a car and rushed to the hospital. It turned out to be a severe allergic reaction caused by a mix up in medication that was given to him.

The fact that even after getting so ill halfway through the concert, he still gathered all his energy to give an amazing performance shows the immense passion for music that Bobby Whitlock has. Even though the gig was cut short slightly, it was immensely entertaining. On the whole, though I had some issues with the way it was organized, music-wise, Day 2 of the Indigo Blues and Jazz was quite enjoyable. This was just one of the many blues festivals and gigs that have been happening in the city lately. As a blues and jazz fan, I would hope to see this trend continue.