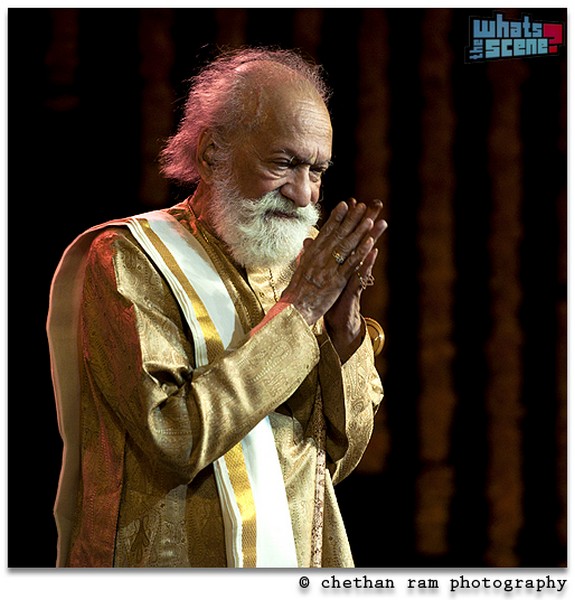 A historic concert was held on February 7th 2012 : the farewell performance to the city of Bangalore by sitar maestro Pandit Ravi Shankar and his daughter Anoushka Shankar. The concert ‘Farewell to Bangalore’ was organised by the Premanjali Education Trust as a fundraiser for their various projects.

Its past concerts have featured vocalists Bhimsen Joshi and Balamuralikrishna in a duet. At a book launch earlier in Bangalore, Ravi Shankar said, “Music runs in the veins of every individual, and it is the thread that binds us all together.” 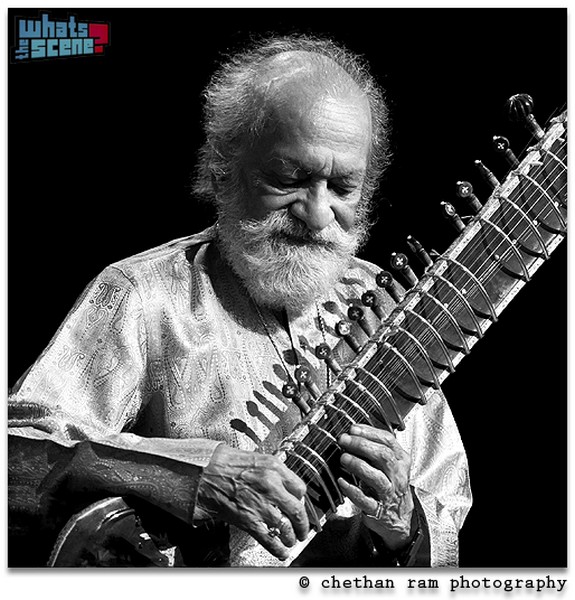 In the first half of the concert, Anoushka Shankar played a 40-minute set accompanied by Pirashanna Thevarajah (mridangam) and Tanmoy Bose (tabla) on percussion. Dressed in a dazzling white dress, Anoushka began by saying it was wonderful to be back in Bangalore, and to be playing along with her father. “I could have had no greater honour than to have opened for my father in this concert,” she said. She opened the performance with the evening Raga Puriya Dhanashree. The next piece, based on Raga Bhilaval, featured a beautiful solo by Ravichandra Kulur on flute.

She ended the set with a piece based on Raga Vachaspati, called ‘Variant Moods‘. Originally composed as a duet with violin featuring Joshua Bell, the piece had solos from all the four musicians. The acoustics were perfect in the packed indoors hall, with a huge backdrop of garlands creating a triangular shape. 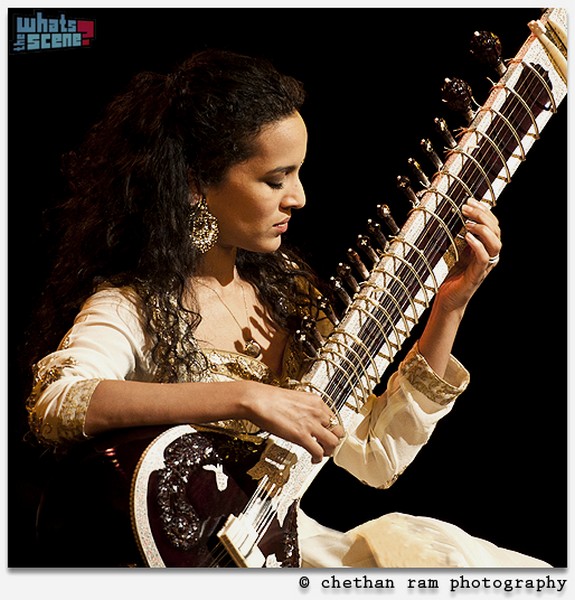 After a short interval, Pandit Ravi Shankar himself walked on stage. Almost 92 years old, he had the support of a walking stick and was unable to squat in the traditional cross-legged fashion on the floor, choosing to sit at the edge of a platform instead. He also had a full flowing white beard, very different from his usual clean-shaven look, and joked to the audience: “I hope you can recognize me!”

The entire audience of over 3,000 people stood up to welcome him as he greeted them: “Namaskara, Bengaluru!” He also joked that due to his age he would not be able to run as fast as his daughter and the rest of the musicians, but he would try his best. His depth of knowledge and skill later showed in the jor and jhala phases of classical music as well as melodies of folk compositions. 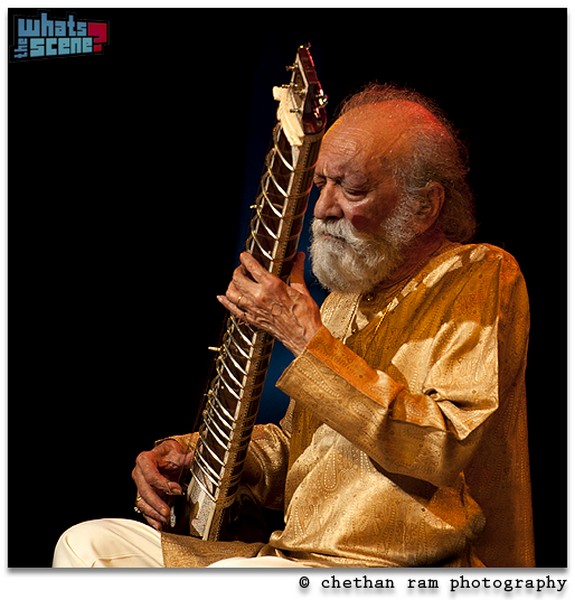 He began his performance with Raga Yaman Kalyan, which he said was his favourite raga. Starting off soulfully, the piece picked up with a jugalbandi between father and daughter. This was followed by a raga composed by Ravi Shankar himself, Tilak Shyaam. During the announcement he coughed, and apologised: “Sorry to be so unmusical!”

The next piece started off in Raga Khamaaj and then evolved into a medley of other ragas (Kiravani, Bageshri, Hansadhvani, Peelu), kathak and folk songs. Sanjeev Shankar also accompanied on the shehnai, and there was a superb call-and-response session by the tabla and mridangam players who then fused in a perfect crescendo. 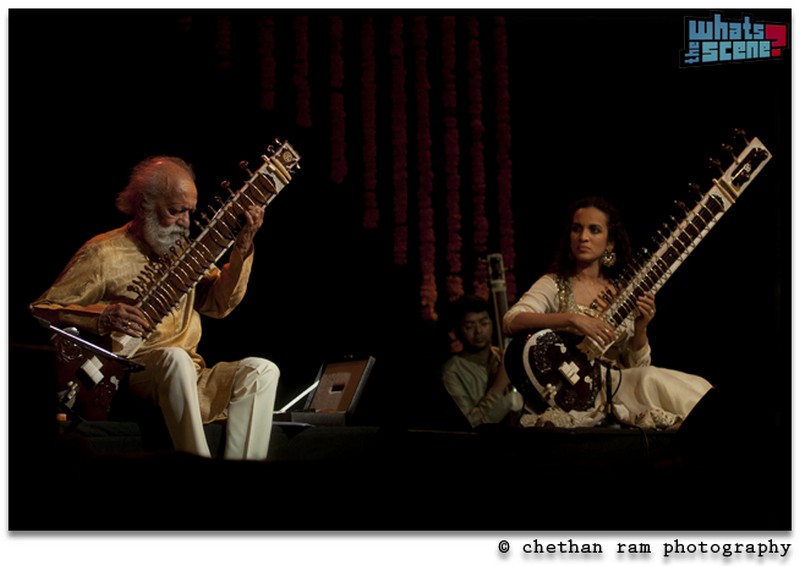 A special treat for music fans was hearing the sitarists play with a small towel on the strings, producing a muted effect; the towels were then removed, revealing the full rich sound of the sitar in all its glory. Ravi Shankar thanked all the musicians, reading out their names from a sheet of paper, explaining that he could not trust his memory! He also introduced the maker of his sitars, Sanjay Sharma.

Though in his nineties, the veteran musician displayed remarkable energy and skill, an inspiration to all in the audience, who thanked him with a standing ovation and roars of approval and gratitude as he waved to them. The musicians on stage all touched his feet, and he departed with Anoushka guiding him by the hand. The audience sensed one chapter of musical history closing, but another chapter opening with the passing of the baton. 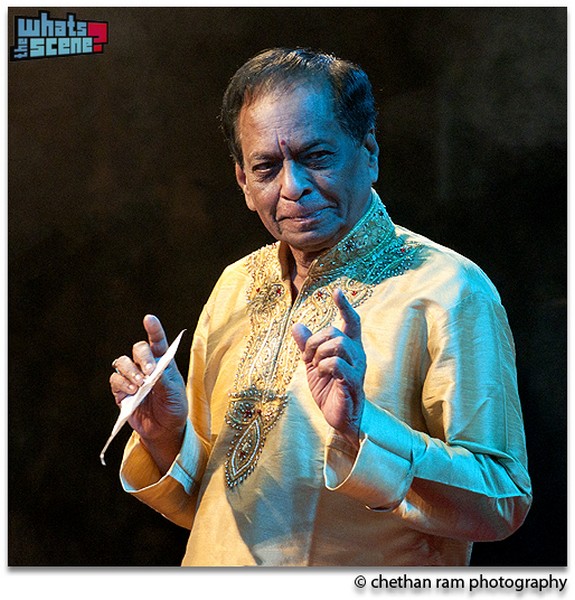 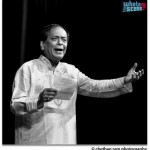 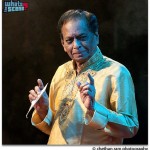 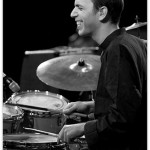 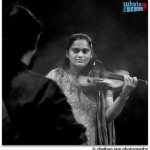 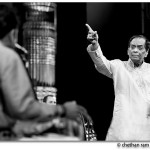 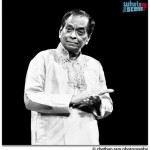 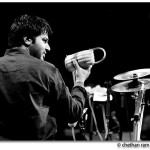 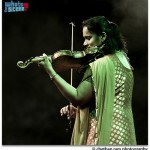 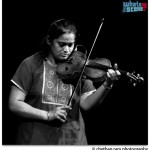 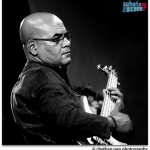 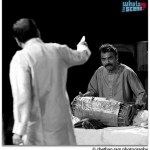 Chethan Ram is a failed musician but wants to keep his association with music by capturing the best moments through his camera. His loves Hindustani and Carnatic music.