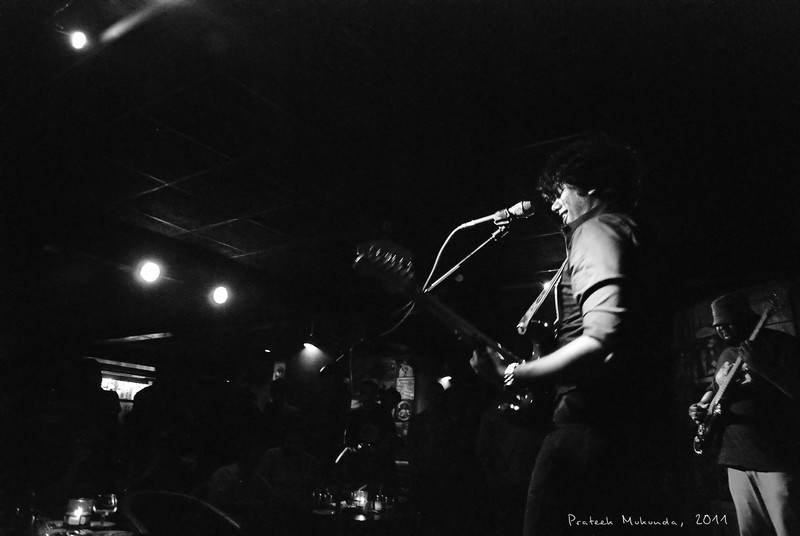 Before reaching The BFlat Bar on 29th of October 2011, where Thermal And A Quarter were set to play that evening, I was on a different kind of high having witnessed an exhilarating football match. I caught up with TAAQ’s vocalist/guitarist/frontman Bruce Lee Mani who acknowledged BFlat as one of TAAQ’s favourite venues. There was a slight uncertainty about drummer Rajeev Rajagopal’s whereabouts near the start of the gig and naturally, manager Divya Joseph appeared a tad concerned. However, after numerous sightings of Rajeev which could now be confirmed as positive, TAAQ took to the stage with Bruce surrounded with an arsenal of three lovely guitars, the “little guy” Prakash who did a quick tune-check of his bass and Rajeev behind the drums. There were no supporting artists to assist the trio this time, so it was an evening of pure, unadulterated TAAQ.

The band started off with a new number, ‘De-Arranged’ while a crowd gathered right in front of my table and I had to stand for greater parts of the show to actually see the band. The song had a groovy interlude and pithy lyrics which has become an integral part of TAAQ’s songwriting process. Before their second number, Bruce brought into context all those people in Delhi who were robbed of the Metallica show, a day before. That second number, ‘Sorry for Me’ had a fantastic guitar solo and the band expertly demonstrated their signature tightness. The sound was perfect and had few differences from the sound in their recent studio releases. 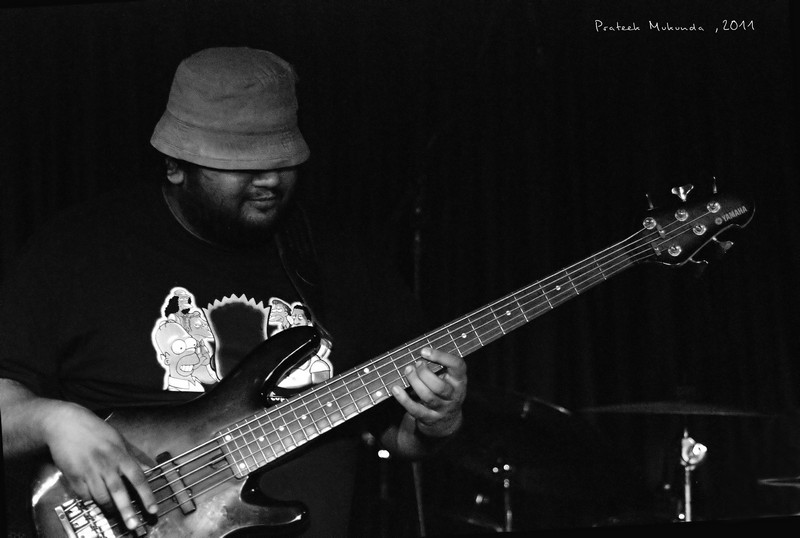 After the warm up, Thermal belted out another new number ‘Meter Mele One and a Half’, one of the standout songs of the evening. I would give it a 11 on 10 for songwriting simply because the band brought to the fore through their music, most of the emotions related to the titular quote that Bangalore rickshaw drivers use. A chorus in 6/4, a solo with a sporadic burst of notes and an absolutely amazing drum solo were the hallmark of the song. And some cowbell! This song is dangerously catchy however, and you should be well-warned to resist singing this while actually travelling in a rickshaw.

By this time, I noticed that TAAQ’s songs have brilliant chord transitions and an expert usage of multiple scales. The amazing fact is that there is very little similarity that you could find between TAAQ’s music and that of any mainstream western band. The music is unique and very Bangalorean indeed. The band showed great volume and tempo control using them effectively to convey a message. Rajeev’s drumming was crisp and his use of the right sounds to complement the rest of the band is worth a mention. The band was a tight unit and also sounded full with just three members. This is a testament to Prakash K.N’s surreal bass fills and his superb ability at keeping the pulse of the song running. 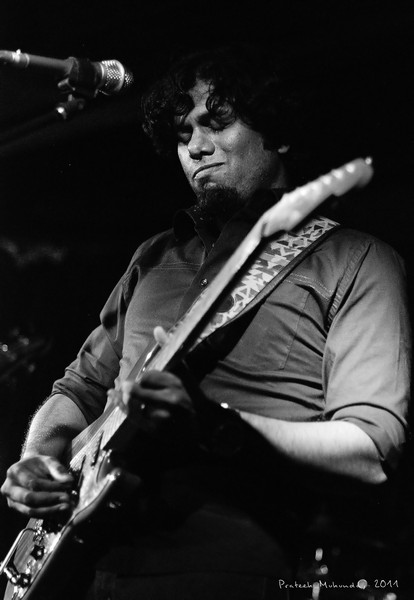 And then there was Bruce Lee Mani who isn’t just one of India’s greatest guitarists, but also a superb vocalist. His voice is an essential component of TAAQ’s sound. He belted out a brief falsetto in their next song, a Beatles cover, ‘With a Little Help from My Friends’ which had elements of reggae in it. Another standout song of the evening which had received a roar of approval from the now-packed BFlat, was ‘Bangalore Flowers’ dedicated to the women of Bangalore. The crescendo towards the end of the song got everyone to their feet and cheering!

After a song in 6/8 blues, TAAQ went on to cover Bill Withers’ ‘Ain’t No Sunshine’. Bruce ornamented the song with a Mayer-style fingerpicking intro and Prakash contributed with some slap bass in the interlude. The band improvised around the “I Know, I Know” line and Bruce even indulged in some twinning, scatting as he played the notes on the guitar! Prakash followed that up with a stylish bass solo of his own. ‘Billboard Bride’ was up next for which Bruce played a surreal legato solo with his Gibson Les Paul. 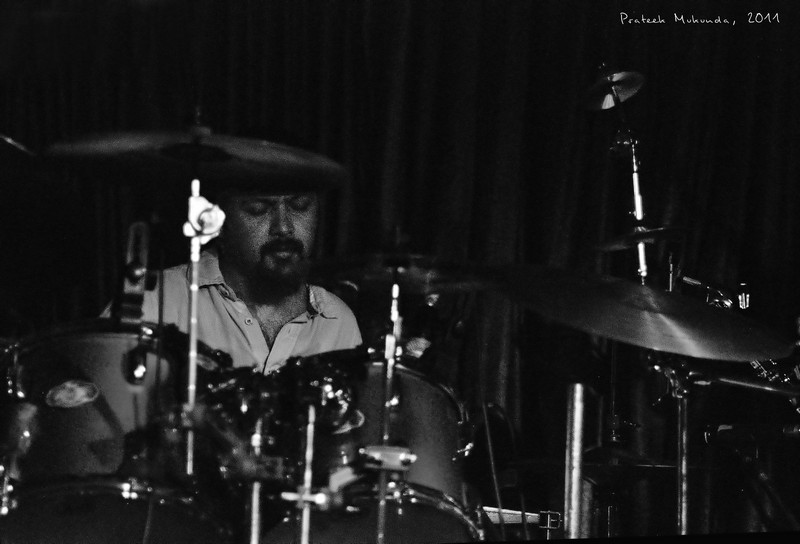 The evening progressed with numbers like ‘Birthday’ and ‘For The Cat’, the latter being a tribute to Cat Stevens. One of the last numbers was ‘Holy Jose’, a funky number which was probably the longest song of the set. Bruce used his whammy bar to support a bass solo by Prakash and Rajeev rounded off the song in a drum solo that included a run at the double bass pedals! And some cowbell! TAAQ strangely went on to cover Nirvana’s ‘In Bloom’, but I’m glad that they did it like TAAQ while retaining some of the essential grunge elements of the song.

TAAQ ended the evening with ‘Bend the World’, ‘Galacktiqua’, ‘Paper Puli’ and ‘Hey Jude’. Towards the end, Bruce seemed to ease into the songs while also letting the crowd handle some of the lyrics. He duly acknowledged the crowd’s rapturous response at the end of these songs.The band left the stage to a thunderous applause that lasted quite a while. If not already, the band has further cemented their position as one of the premier and most unique rock bands of the country. I could safely conclude that this was the ONLY thing that could have eclipsed the high I was talking about at the start.