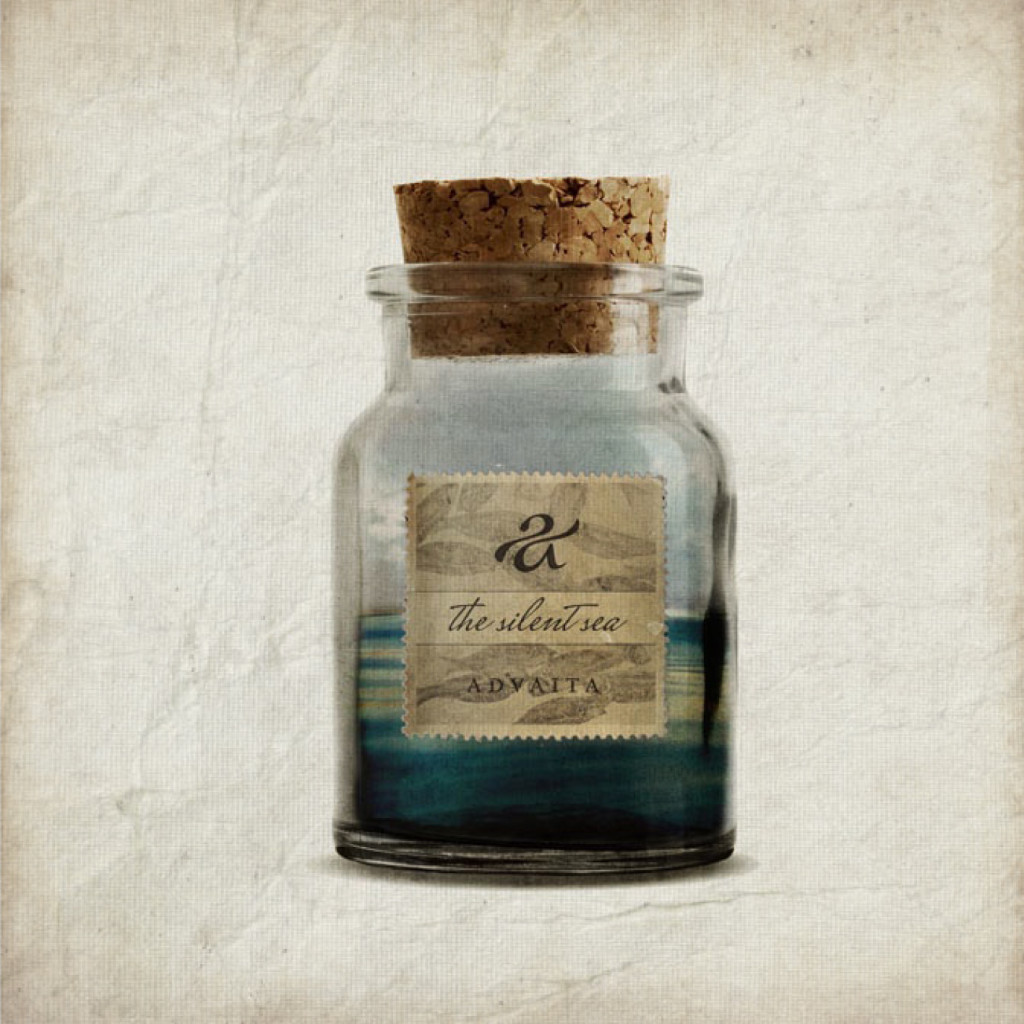 The Indian music scene is at its finest right now. The richness of our own musical heritage, be it Hindustani Classical, Carnatic or Folk, coupled with the immense exposure to music from all over the world has enabled artists in the country to create their own unique sound and feel, leading to some incredible musical acts. No other act in India, however, exemplifies the amalgamation of sights and sounds more than Advaita. This Delhi-based octet, which marked the coming together of a variety of musicians at the top of their game all the way back in 2004, have only grown from strength to strength, scaling peaks that only a few have been privileged to reach.

Their debut album Grounded in Space, which was released in 2009, is an absolute masterpiece, with tracks like ‘Durga’, ‘Ghir Ghir’, ‘Gates of Dawn’ and ‘Rasiya’ – each track showcasing the brilliance of each instrument used, a rare feat considering the number of musicians involved. Quick on the heels of the album’s success were appearances on Coke Studio and MTV Unplugged, where they performed on the same stage as some of Indian music’s biggest names, such as Shankar Mahadevan, Kailash Kher, Sunidhi Chauhan, Mohit Chauhan and Rabbi Shergill to name a few, which transformed the band from a niche Rock act into a house-hold name.

Three years after their ground-breaking debut album, Advaita has returned to the music shelves with The Silent Sea.  The long-awaited album brings back all the wonderful elements that have made Advaita such a loved act – Ujwal Nagar’s masterful Hindustani Vocals, Suhail Yusuf Khan’s serene Sarangi, Chayan Adhikari’s magnificent Western vocals and acoustic guitar, Abhishek Mathur’s powerful Electric guitar, Anindo Bose’s impeccable keyboards and electronics, Gaurav Chintamani’s groovy bass-lines, Mohit Lal’s wonderful percussions and bols and Aman Singh Rathore’s subtle yet perfect drumming. The album art is something which can bowl anyone over – extremely surreal, yet so in tune with the state of mind which is presented by the band.

The first track of the album ‘Dust’ begins with a melancholic but enchanting sarangi intro which is, without a shadow of doubt, a differentiating factor for Advaita’s sound, implying that dark and gloomy times lie ahead in the song, after which Chayan takes over. It beautifully showcases his vocal ability, during which he hits the high and low notes with equal élan. The entire song has an extremely ominous undertone to it, with the lyrics proclaiming “Everything shall pass, everything will turn to dust.” Not to be missed is the sarangi interlude in the middle of the song, which is simply mesmerizing. It is truly a superb start to the album; which only builds up the expectations for the tracks to come.

‘Gorakh’  was first heard by many during the band’s MTV Unplugged show. The amalgamation of Hindustani and Western is extremely well handled, considering the song alternates between an ominous and distant tone exhibited by Chayan’s Western vocals, coupled with the guitars and a voice of reason and hope by Ujwal’s Hindustani vocals. A special mention goes to the remarkable ‘Hey Maa’ aalap sung by Ujwal in the end – absolutely mesmerizing.

Soulful is the perfect word to describe the next track ‘Meinda Ishq.’ This song is a beautiful ode to love, and we get to listen to Suhail’s familiar and sweet voice as he sings this song as a soulful qawaali reminiscent of a serene Abida Parveen number, while we can listen to Anindo’s and Abhishek’s electronica far away in the distance. With majestic lyrics, such as “Kibla Kaaba, Quran bhi tu”, the song also causes a spiritual awakening which is only enunciated when the sarangi sets in. As you drink in the emotions and gear up to drown in it all, the track beautifully changes tempo, with the Western vocals and the instruments, which end the song with a sense of revitalization.

‘Mandirva’ is one of the most remarkable songs on the album. It speaks volumes about the plethora of emotions one experiences when in a situation – it is never a single emotion. Joy is always coupled with excitement, grief will give way to rage; it’s just the way emotional catharsis works. It begins immediately with a sargam which builds up beautifully to let Ujwall take over. His voice perfectly showcases the longing and sorrow as he sings of sadness and hope amidst rage beautifully depicted by the guitars, drums, keyboards and the tabla. Such a change in the song’s tempo makes the listener delve deep down into their own soul, and feel the connection. It is absolutely enchanting to listen to the journey Ujwal takes us through in the song – from the pain and hope interspersed with continuously built up anger until the breaking point is reached, and he descends into the madness caused by the wrath with an alaap which showcases the immense vocal marvel that he possesses, with the word ‘Mandirva’ being sampled and looped in the background. ‘Mandirva’ is a sensational composition – one of the album’s best tracks.

‘Spinning’ is an extremely mellow track, which compliments the intensity of ‘Mandirva’ perfectly. It opens with Ujwal’s vocals as a plea to a loved one, with Chayan giving him perfect company, as the song soothes and embalms. A special mention goes to Suhail’s sarangi, Anindo’s keyboard and the subtle drumming. This song is a major highlight of the album.

The instruments in the song ‘Words’ build up the mood with the Western vocals bringing in a sense of melancholy, and the Hindustani vocals powerfully adding to the mix. The lyrics are beautifully written, and the music is top-notch; however, it’s something that Advaita has done innumerably in the past, and it follows down the same predictable path. A beautifully composed track, but not anything the fans haven’t heard earlier.

‘Gamapanipa’ is the most fun song of the album. The moment you hear the sarangi play the notes of the song’s title, you know you are going for the ride. Even before the entire band joins in with everything they have, you already have your feet tapping and your head swinging to the music. Ujwal comes in with an alaap, from which Suhail just takes the song to another level, reminiscent of his magical vocals in ‘Durga’, and the Western vocals add to the joy, without losing the quality of the music, which is a remarkable feat.

‘Mo Funk’ is the reason why Advaita is such a magical musical act. Perhaps, the defining track of the album, along with ‘Mandirva’, this song sets in stone what all of us know as a general idea – the magnificence of Ujwal’s vocal talent, for in this song he exhibits his skills in Carnatic classical for the first time. The song begins with tantric bols and chants with an extremely funky groove, and all of it dies down to bring Ujwal to the fray, who flawlessly sings each of the Carnatic notes, and simply leaves you in awe at his versatility. Chayan comes in with a superbly crooned Rock ballad verse, and the tempo is built for an amalgamation of sounds towards the end. This is a scintillating track.

‘Tremor’ is again, another mellow track. Chayan’s vocals shine in this one, with the questioning grief in his voice. While the Hindustani vocals come in to give the song wonderful layering, a complaint that some listeners could have is that the song sticks to a template or a formula, which unfortunately, limits the range of the band. But that is still being too harsh on the band.

The title track of the album, ‘The Silent Sea’ s one of the most subdued. Melancholy is the first word which comes to mind when listening to this song. The song begins and ends with the sounds of the sea, with the same restrained vitality which has become a theme in the album, exhibited wonderfully by the vocalists and instrumentalists. The swarm of sorrow may get a little too much for some people by the end, but it’s a bold move by the band to sign off with this song.

This is quite an experimental album. The band themselves claim it to be the result of a higher level of maturity. A myriad of emotions and sounds to enunciate those emotions is what Advaita has played with here, and the result has been marvelous. Although the name of the band implies the state of being ‘non-dual’, some of the tracks from this album have such a dual nature to them; it adds an extreme amount of depth into the soul of the band. On the first hearing, the album may seem a little unusual to those who have gotten used to the band’s sound à la their first album; but on further listening, you are left in awe with what these outstanding musicians have created. This is truly a masterpiece in its own way; because although it will happen, comparisons with Grounded in Space are unfair. They are very different albums, the off-springs of very different thought processes. Kudos to the band for creating a sensational mix of Indian and Western sounds; very rarely can you find both co-existing so beautifully. The Silent Sea is a remarkable album, and will surely be a stepping stone which will take this marvelous music act to even greater heights. A wondrous achievement, and a must have.