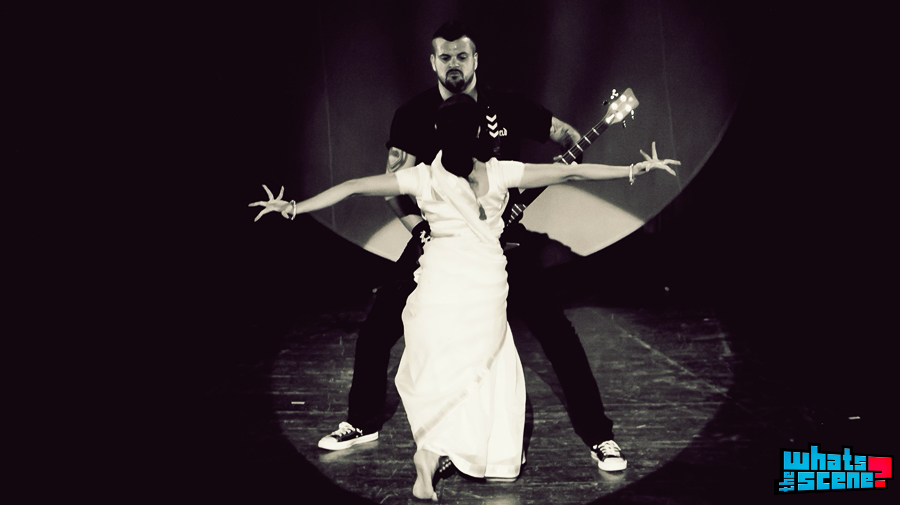 “I see a world where the streets are full of blood

Where prostitutes are Goddesses

Where mothers fornicate with their sons

Yes I see this world.”

Clearly, this was an unconventional start to what I thought would be just another fusion concert. Rukmini Chatterjee, however, does not believe in fusion. She presents a meeting of art, where each retains its original form. Her choreography contrasts cultures and artistic vocabulary around a central theme to create the final experience of universal beauty. Her production on these lines in the past include: Bharatanatyam, Kathak, European ballet, North/South Indian classical music and European classical music, Bharatanatyam, Carnatic music, Western Classical music and Kalaripayattu and Kathak, Bharatanatyam and Flamenco. 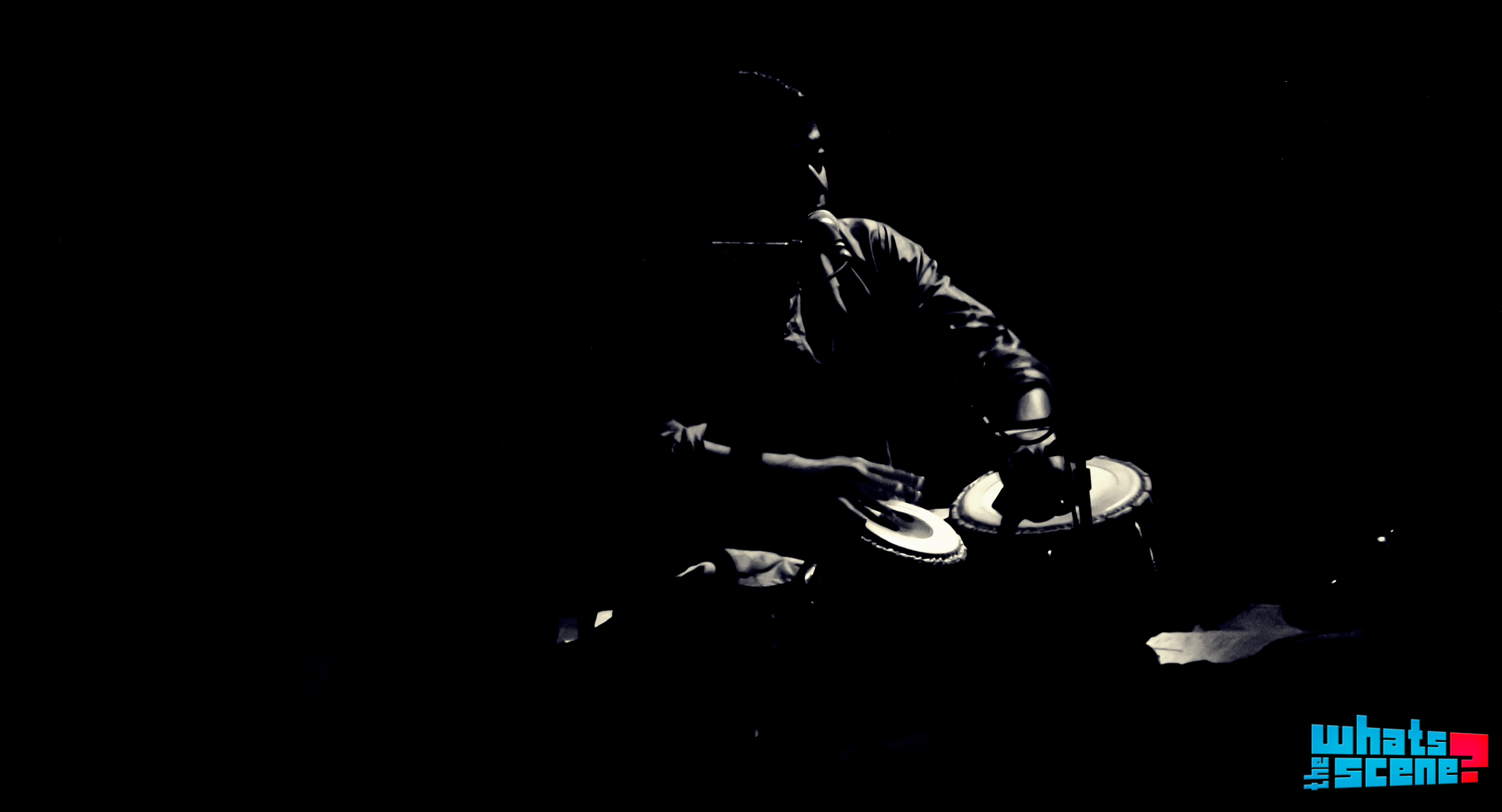 Her latest work, titled Questionings – Reflections on the Kaliyug, brings together Kathak, Bharatanatyam, Indian Classical Percussion and Nordic Black Metal, the metal being supplied by Norwegian band Vreid (wrath). The lyrical content for their albums works with concepts on War, and this provides a common vision to deliver the higher message about mankind and his greed – draining nature’s resources to spell doom for our existence. The execution was beyond what I could imagine. 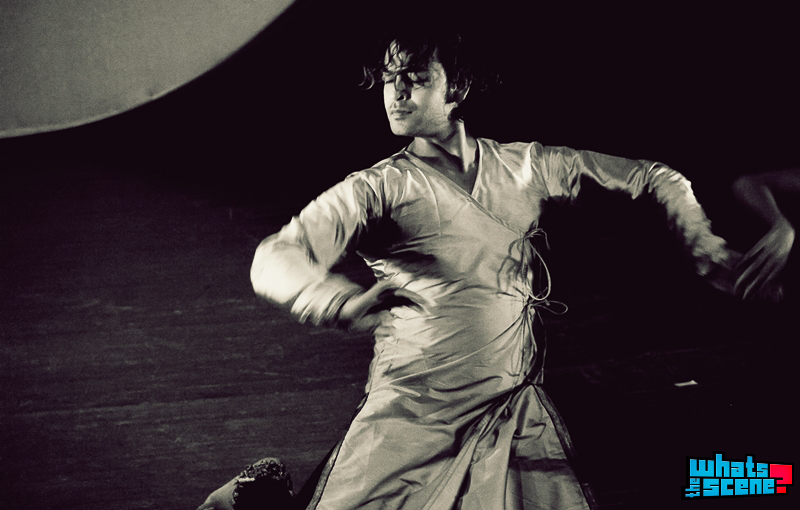 The space onstage could comfortably accommodate the Kathak dancers, a Pearl drum kit and the percussionists on tabla and mridangam – who were all lined next to each other on a riser to the left. The center rear space was filled by a big circular ‘eye’ meant for the stunning visuals courtesy H.C. Gilge. The stage space had the four members of the band positioned equidistantly and from the perspective of the dancers, represented an alternate energy to be interacted with throughout the show. 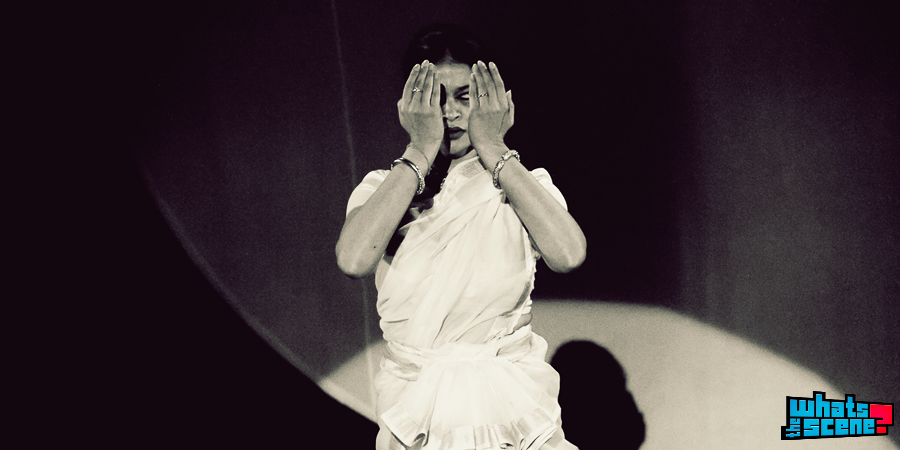 The performance started on a mildly disturbing but powerful sequence, with the performers solemnly taking their positions to a Shloka chant. The first movement presented a form of Creation, kicking straight into a heavy growl and riff section and then moving on to a Kathak sequence featuring siblings Anuj and Smriti Mishra. The second section, describing Preservation, had the two dancers bringing two white spheres and placing them on the floor, which had a face of a girl projected onto each while they narrated an account of our self-destructive path, begging for realization. 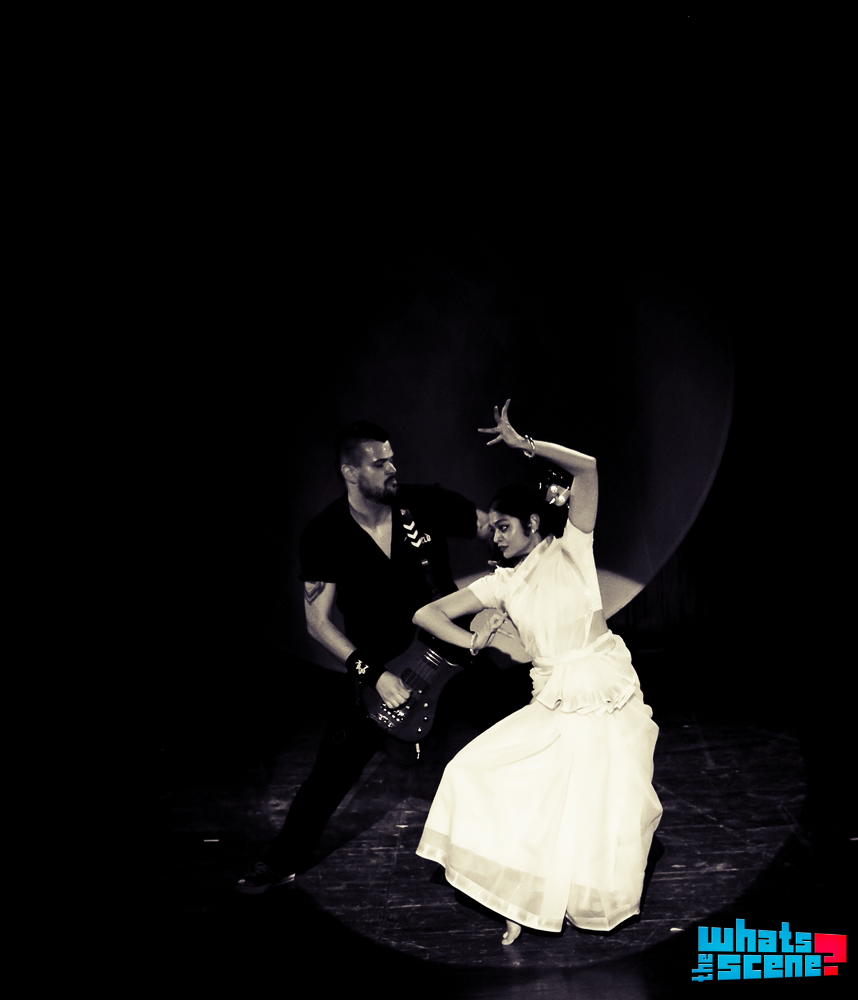 Rukmini’s graceful Bharatanatyam postures angled against the driving, heavy riffs brought a sense of irony and balance of extreme black costumes against white cotton, her movements and gestures speaking of great pain, anger and suffering. For the final movement of Destruction, everyone seemed to be whirling to a primal rhythm. Between the metal form and the classical, the movement turned about itself, much like the spirals that washed the stage and the performers from a black/white contrast to a complete stage fade, leaving behind only silhouettes and faded traces of the swirling musical chaos. 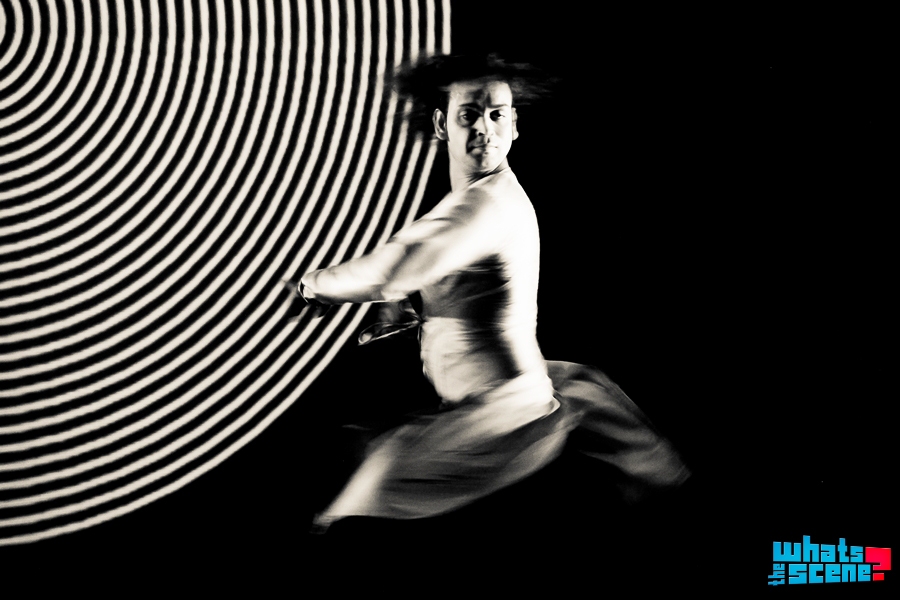 The experience was overwhelming, from the cycles of innumerable Kathak Chakkars, to the precision of metal technicality, to the range of emotions a dancer can express. This was more than bridging two opposing cultures together; it was the energy beyond its manifestation that brought the art forms closer to each other, to work in such harmony. Perhaps it’s the convergence of so many emotions and senses by arts of diverse nature that makes a performance like this ill-apt to be described in meager words.