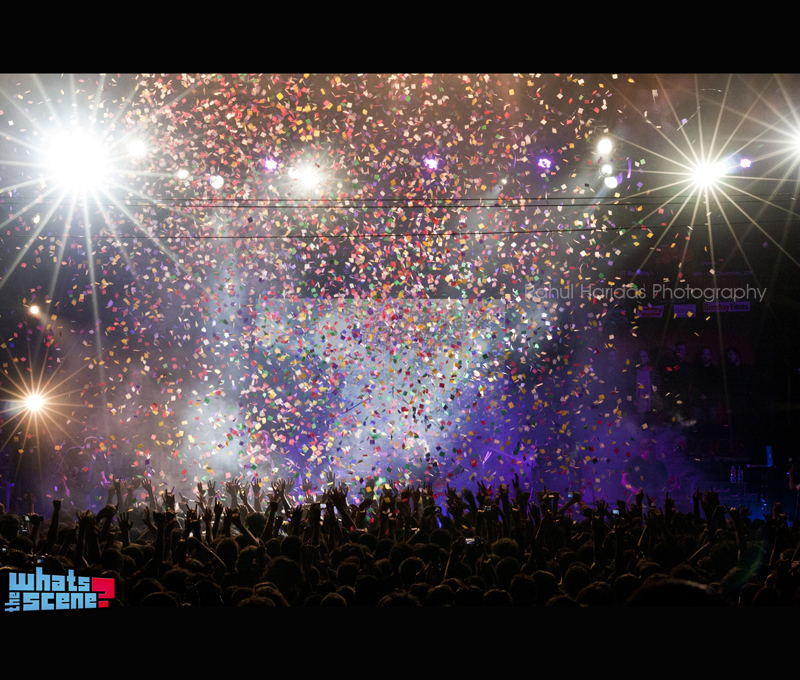 A few months ago, IIT Bombay threw the biggest surprise at the nation by revealing their headlining act for LiveWire – Karnivool. The band was already quite famous, and music lovers were hooked on to this alternative/progressive powerhouse almost immediately. A lot of bands across the country had been competing to make it to the finals so they could open for Karnivool and also get the opportunity to represent India at the Great Battle of Bands in Romania.

To start off, none of the bands could give it their best, but they weren’t really to blame. With only ten minutes on the clock, they probably did the best they could under the circumstances. Another thing that affected the performances was the overall sound – the drums were too loud and the bass could barely be heard, at times not at all. Those who have attended LiveWire pro-nite will know that standing in line means that there’s a good chance you’d either miss the competition, or would enter midway or towards the end, which is exactly what happened this year.

When The Hoodwink Circle from Mumbai took to the stage, there was barely a crowd since everyone was making their way through the extensive lines. Their music was very good, save for the aforementioned problems of time and sound. In my opinion, they were the best act and should have played last.

The next band, Turnkey of Kolkata, failed to impress, especially after The Hoodwink Circle had set the bar quite high. With their rap-metal genre, they put on a good show nonetheless. The crowd had moderately increased by then.

The third band Verses, a melodic heavy metal band from Bangalore – put the competition back on the table. The crowd grew considerably, though a lot of people were still stuck in the excruciatingly long lines. Verses played a powerful set to bring it to a close finish. 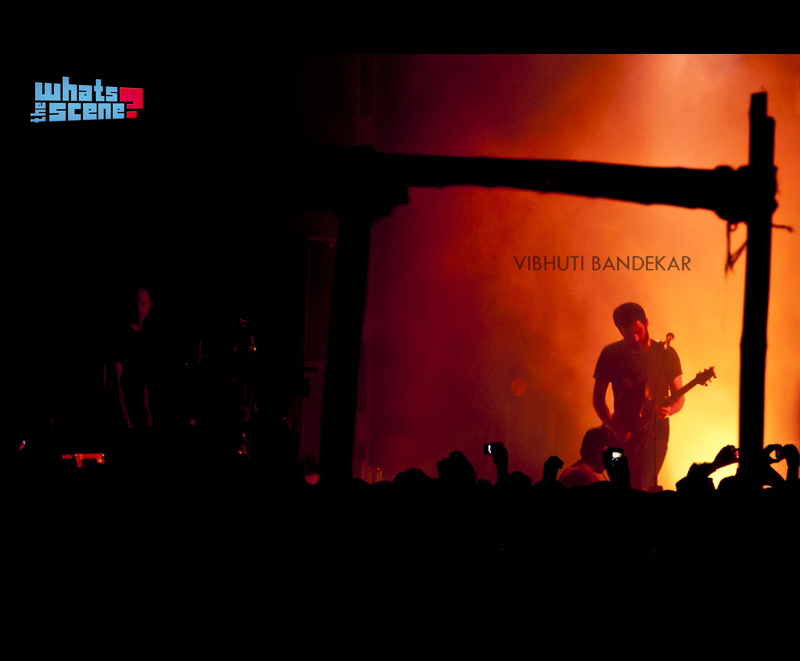 All the three bands kept the crowd interaction to moderate. The results were quick to be announced as the crowd clearly wanted to get on with the show and see Karnivool on stage. Verses from Bangalore emerged the winner and were chosen as the band that would go to Romania to represent India at the Great Battle of Bands.

Junkyard Groove is a band with many feathers in their hat. They have in the past, opened for leading international acts such as Iron Maiden, Prodigy and Incubus and Karnivool has now become the latest addition to the list. The sound issue that had earlier plagued performances of all the competing bands had been fixed. Junkyard Groove remained consistent and spot on with their tones and rhythmic patterns. Being exceptionally good at crowd interaction, they had the crowd all pumped up and cheering enthusiastically.

After Junkyard Groove’s performance, the wait lasted a few minutes before Karnivool decided to come on stage; the energy and excitement was infectious as the crowd repeatedly chanted the name of the band.

I have been following this band since 2007. Around that time, not many people in India had heard of them. They had released just one EP and an album. While in New Zealand, I unfortunately missed two of their concerts. However, whenever I heard that Karnivool was going to play, there was immense hype about the show. Four years later, they set foot in India. Since 2007 they have come out with another album Sound Awake that, as opposed to Themata, is much more progressive and technical and also one of the most intelligent set of compositions I have heard. 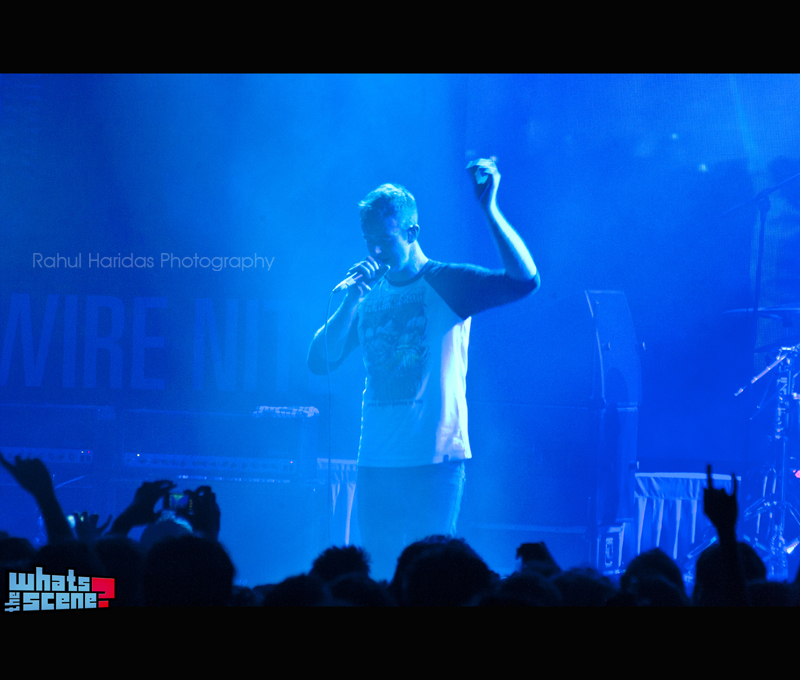 So on 18th December 2011 when the band finally took to the stage, all the hype that surrounded them didn’t seem out of place. Having been tagged as one of the best live acts in the world, Karnivool did not fail to deliver.

The open air theater was now packed. As the band began to set up, people started to take guesses as to what the opening track would be. The crowd roared as the band opened their set with the track ‘Goliath’. The sound took some time to get settled, with the levels going up and down, but it wasn’t too noticeable.

The next track was ‘Simple Boy’, which is usually the track the band opens with. The sound had considerably improved but wasn’t quite at its best yet. Mark Hosking began the track on the xylophone over a distorted ambiance effect while Steve Judd joined in on drums along with Jon Stockman on bass with distortion. It is difficult to say which portion was the highlight because each member proved to be uniquely excellent. In this track I’d highlight the bass runs on the intro as well as the drum pattern. 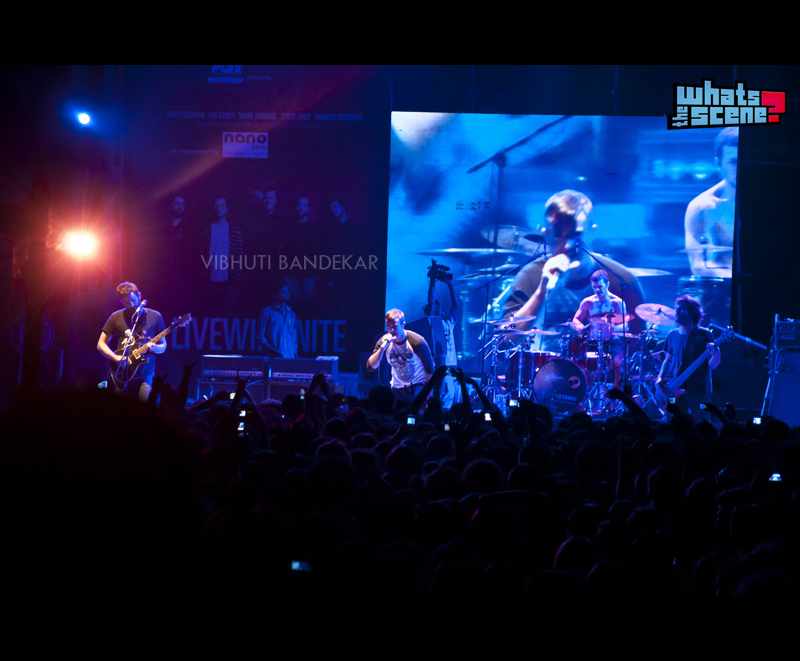 The next track was ‘Umbra’, which starts off with a smooth bass line and an odd-time drum pattern. By this time, the sound has settled down and was nearly perfect. But the crowd had already lost themselves in the music and it made little difference to them.

They then played the first track from their 2005 album Themata called ‘C.O.T.E’ that begins with an effect on the guitar making a “ripple” sound. As Ian Kenny began the song, everyone started to sing along. The track that followed next was ‘Themata’ one of the most energetic tracks of the album. Andrew Goddard’s guitar work was more than prominent. His stage act along with the others was in sync with the ambiance and the music that they play, making it all seem very easy. 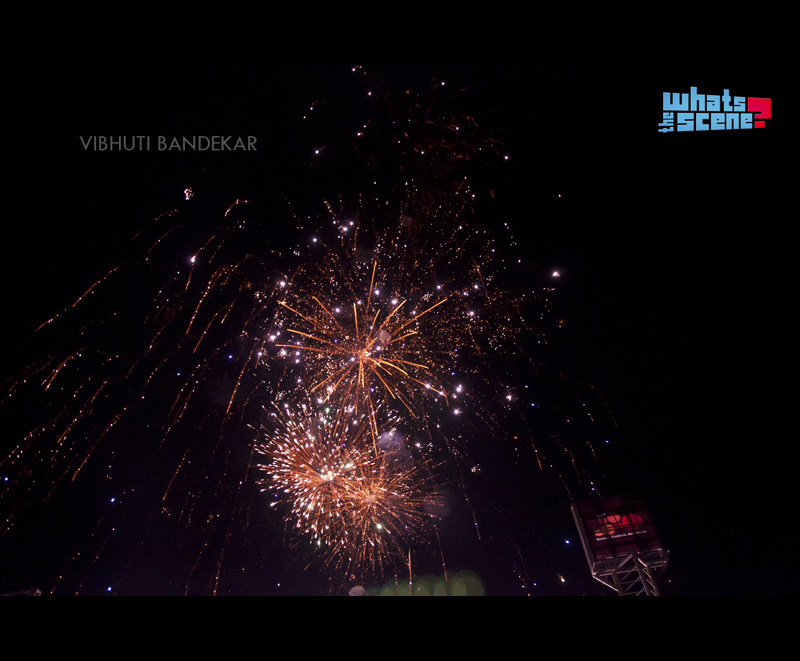 The track from Sound Awake ‘Set Fire to the Hive’, kicked in with a high paced guitar drum and bass. One of the things in this track that proves that Mark Hosking and Andrew Goddard are amazing guitarists is the variety of sounds that they produce, which is only possible when you know your equipment and the sound you can attain from it extremely well.

‘All I Know’ highlighted a sliding bass line and a guitar delay. Ian Kenny’s vocals were the biggest highlight as the delivery involved singing a major portion of the track in falsetto and being able to generate powerful vocals at the same time.

Tracks from Themata including ‘Fear of The Sky’ that was played earlier in the set and my personal favorite ‘Roquefort’ had most of the crowd singing along with the band.

During the penultimate track, ‘New Day’, vocalist Ian Kenny did not expect the paper bombs to go off. Although he was startled, his voice did not falter and he sustained the note to perfection. That definitely deserved some admiration from anyone who noticed it. 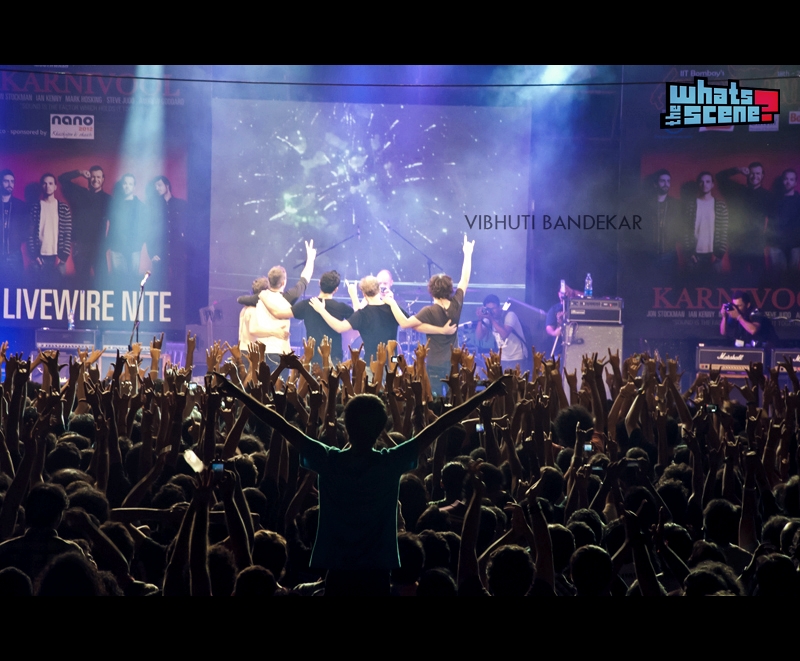 The closing track ‘Change’ was sung as a farewell to the audience. The band thanked everyone for the support and said “It was a humbling experience to play in India”, after which the band turned their backs to the crowd to pose for a picture to capture the crowd in the background.

The only low point was that the backing vocals were not very clear. Although during the bits when they were audible, the notes and harmonies were spot on.

As the band turned to leave, several fans requested them to play the tracks ‘Shutterspeed’ and ‘Sewn and Silent’ but in vain. Everyone around quoted the gig to be “an experience of a lifetime”. I now regret missing the two Karnivool gigs in New Zealand!