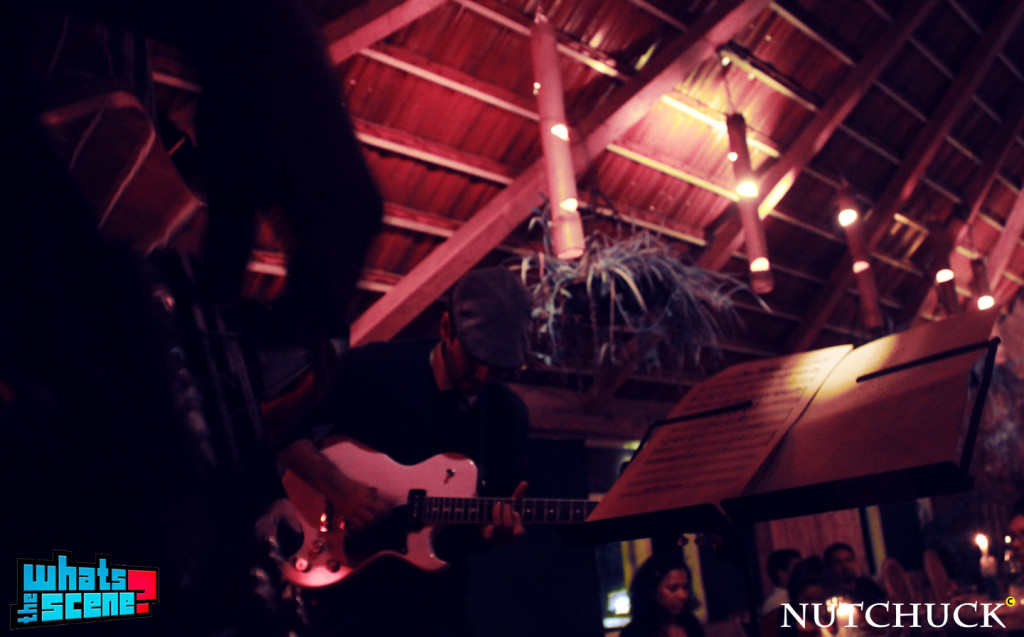 Braving the onslaught that is Bangalore traffic on a Friday evening and the dustbowl that is Kasavanahalli, I arrived at the lovely stone building that housed the Rooftop Grill Bar. Thinking that I had minutes before the event started (the time mentioned on the poster was 8:00 p.m.), I rushed in to see that, much to my relief, the time had been changed to 8:30 p.m. Although the location was not very well known and this was the first time that the Leslie Charles Trio was playing together, I was itching to hear them live. The venue had a great view, two very friendly owners and the perfect atmosphere for a great evening of smooth jazz and bebop.Â  At first, the venue seemed to be sparsely populated but slowly people started pouring in, forming an intimate and cozy atmosphere. 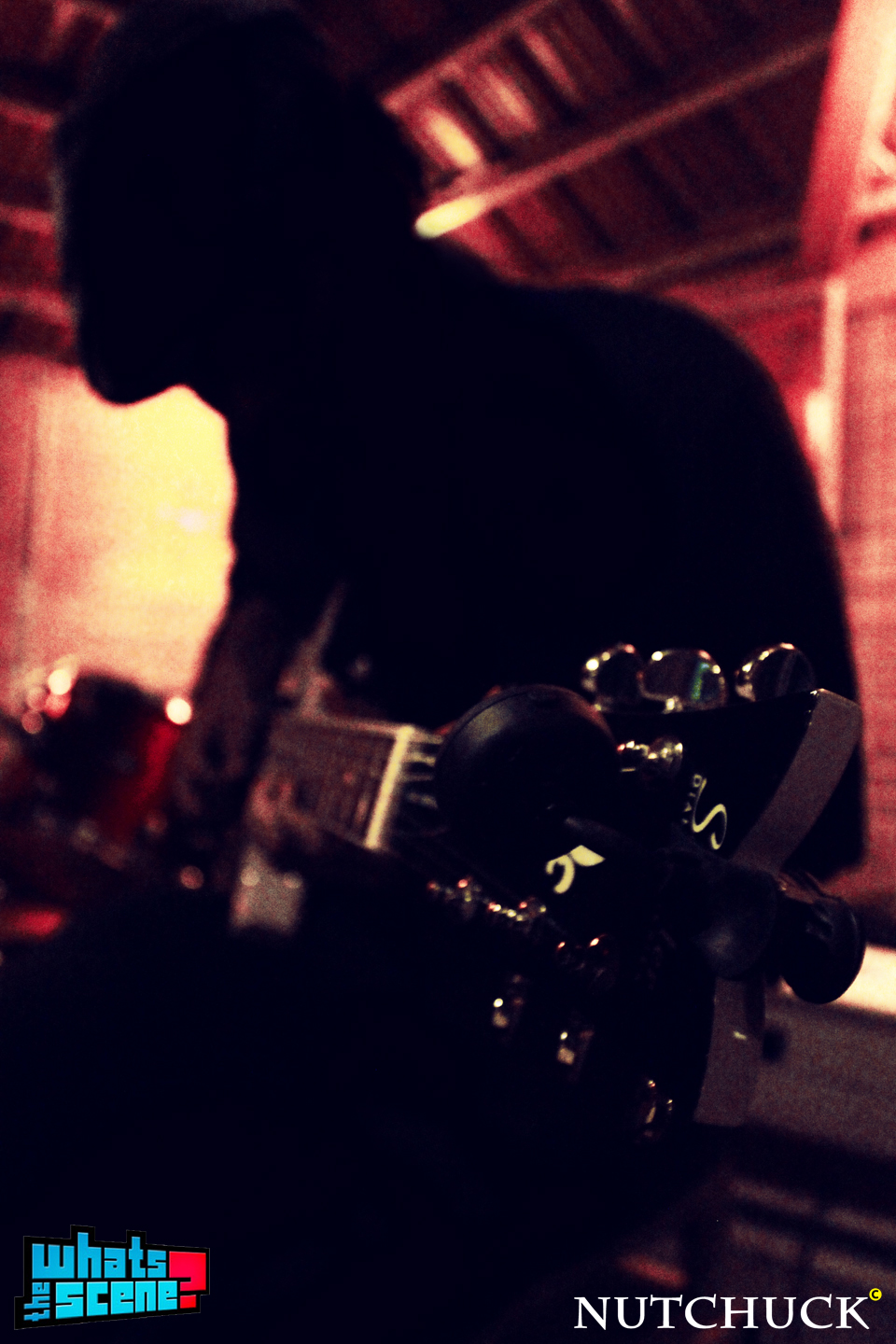 The buzz and anxiety intensified as the clock struck nine and the soundcheck still hadn’t ended. I must mention here that this may turn out to be more of a log of the evening and not a review as one must be at the same caliber as these three vastly talented musicians to even attempt a review. Although this was their first gig together, the members of the band are individually, stars in the burgeoning jazz scene of Bangalore. On the bass guitar was Leslie Charles, teacher at the The Nathaniel School of Music and ex-bassist for Allegro Fudge. Ramanan Chandramouli, currently an instructor at the TAAQademy and member of Mad Orange Fireworks and Blind Image, was on lead guitars. To complete this trifecta, Deepak Raghu took his place as the drummer who is famously associated with Bevar Sea and many other acts. There was no doubt that the evening was going to be magical. 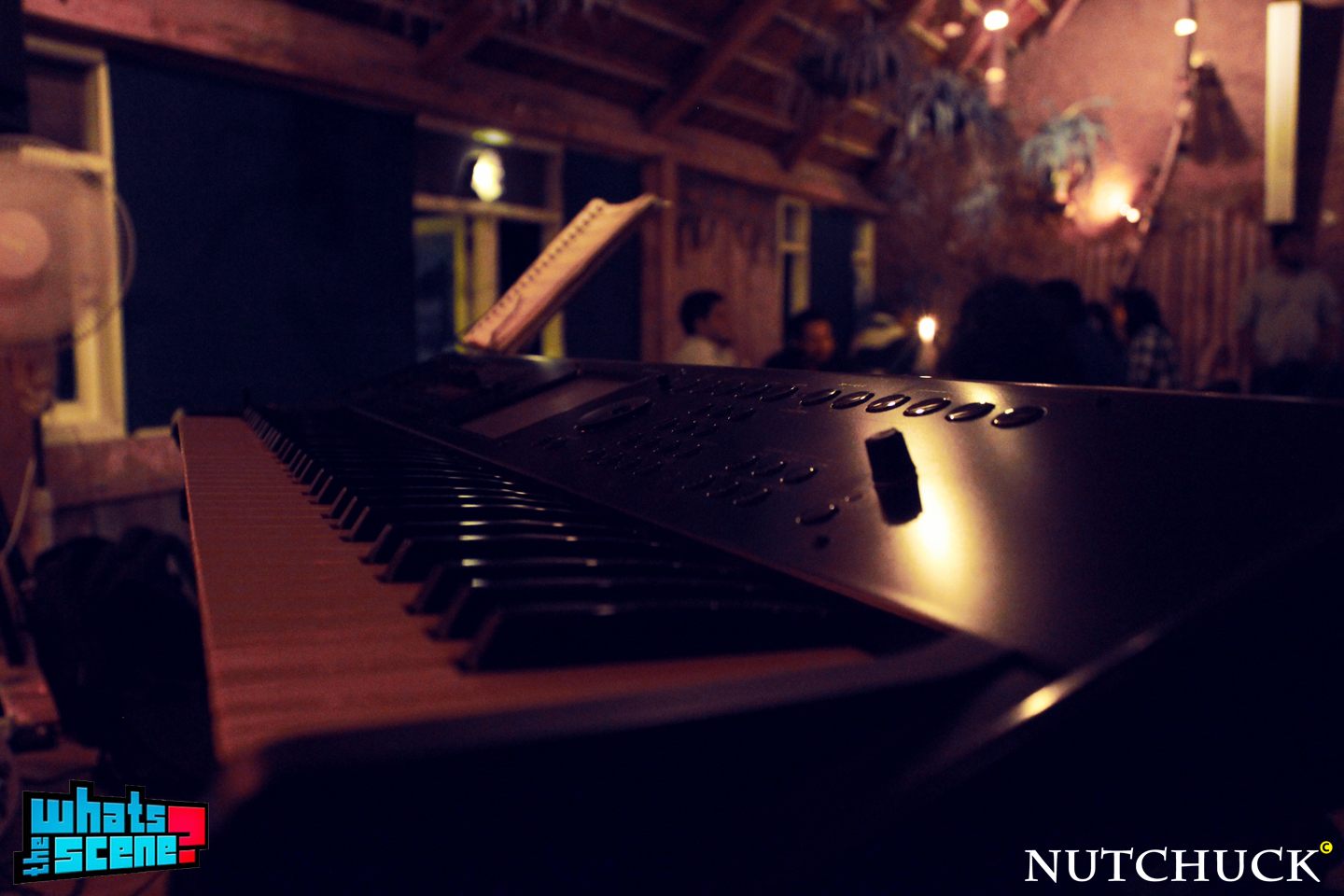 After imbibing some liquid courage and having undergone a quick wardrobe change, (for a very dapper Ramanan!) the band opened the set with Billy Cobham’s ‘Stratus’. They set the right groovy mood with the thumping bass of this slower, more minimalistic version. Many in the crowd were familiar to the band members and, though not raucous, indulged in gentle heckling and ribbing especially of Ramanan who was asked to “play better” after they finished their second song ‘Oasis’. Next they tackled the great Thelonious Monk’s jazz standard ‘Blue Monk’. Again, they went for a more restrained interpretation without straying from the original groove and chutzpah. Each song was done justice with the brilliant acoustics of the venue without anyone having to cup their ears to hear well or having their eardrums blown out. 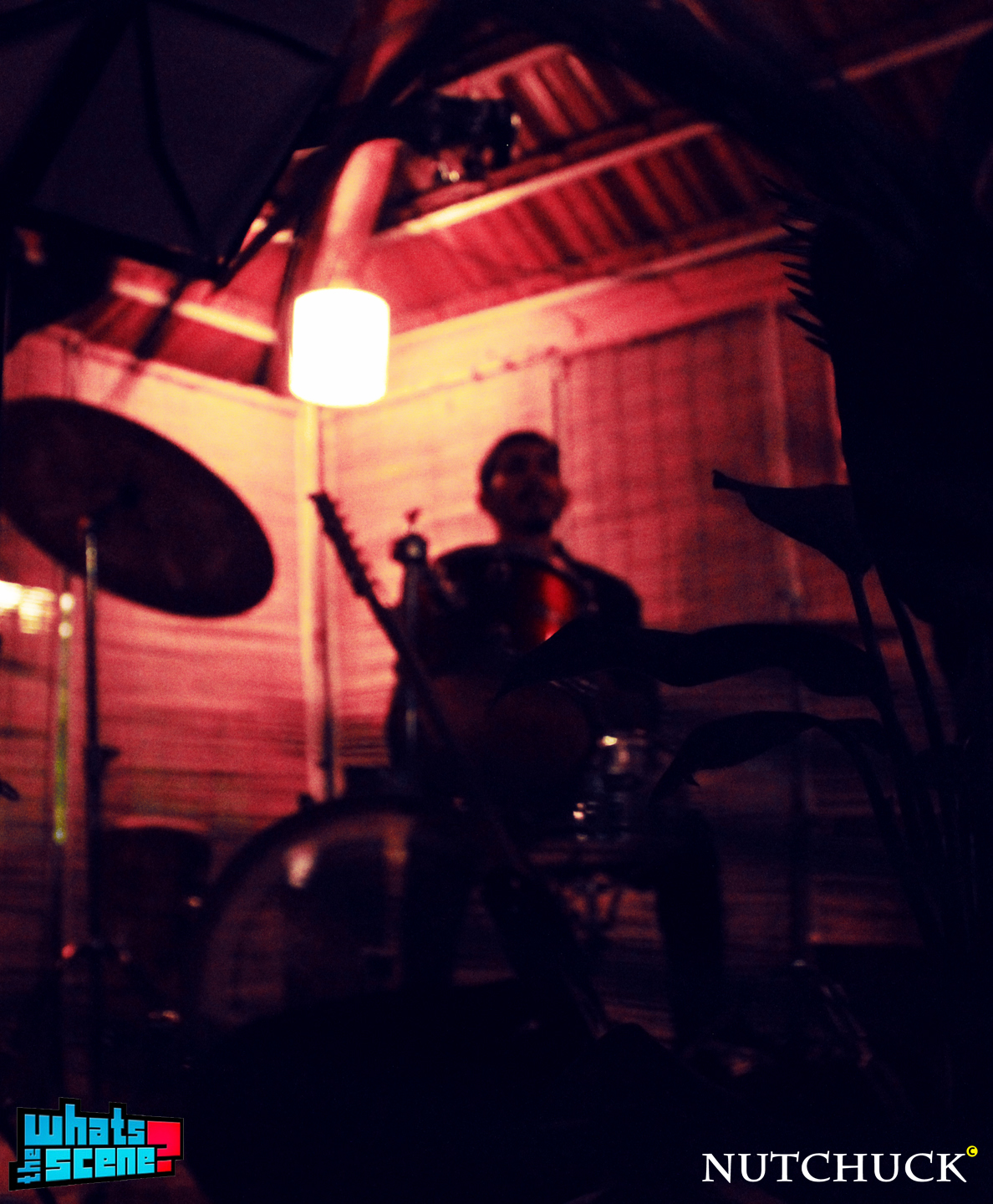 The band moved on to the legendary Miles Davis track ‘Footprints’ so effortlessly showing us exactly why we should watch out for them. Shrugging off the continued comments from the crowd about their attire, especially a certain sporting hat, the boys next played ‘Led Boots’. The slow melodic overture dominated by the lead guitar, bass dominated interlude and the solo drum section got the crowd going with many of them crowding around the stage and dancing to music. Just when we anticipated that the song would end in a glorious frenzy of the drums the guitars kicked in continuing this wonderful rendition of the song.

After a slight adjustment to the gear, the band went on to another Miles Davis classic ‘All Blues’. The funky intro urged many out of their seats and many people stood near the band appreciatively bobbing their heads and smiling at intricate rhythms flying off the guitars effortlessly. 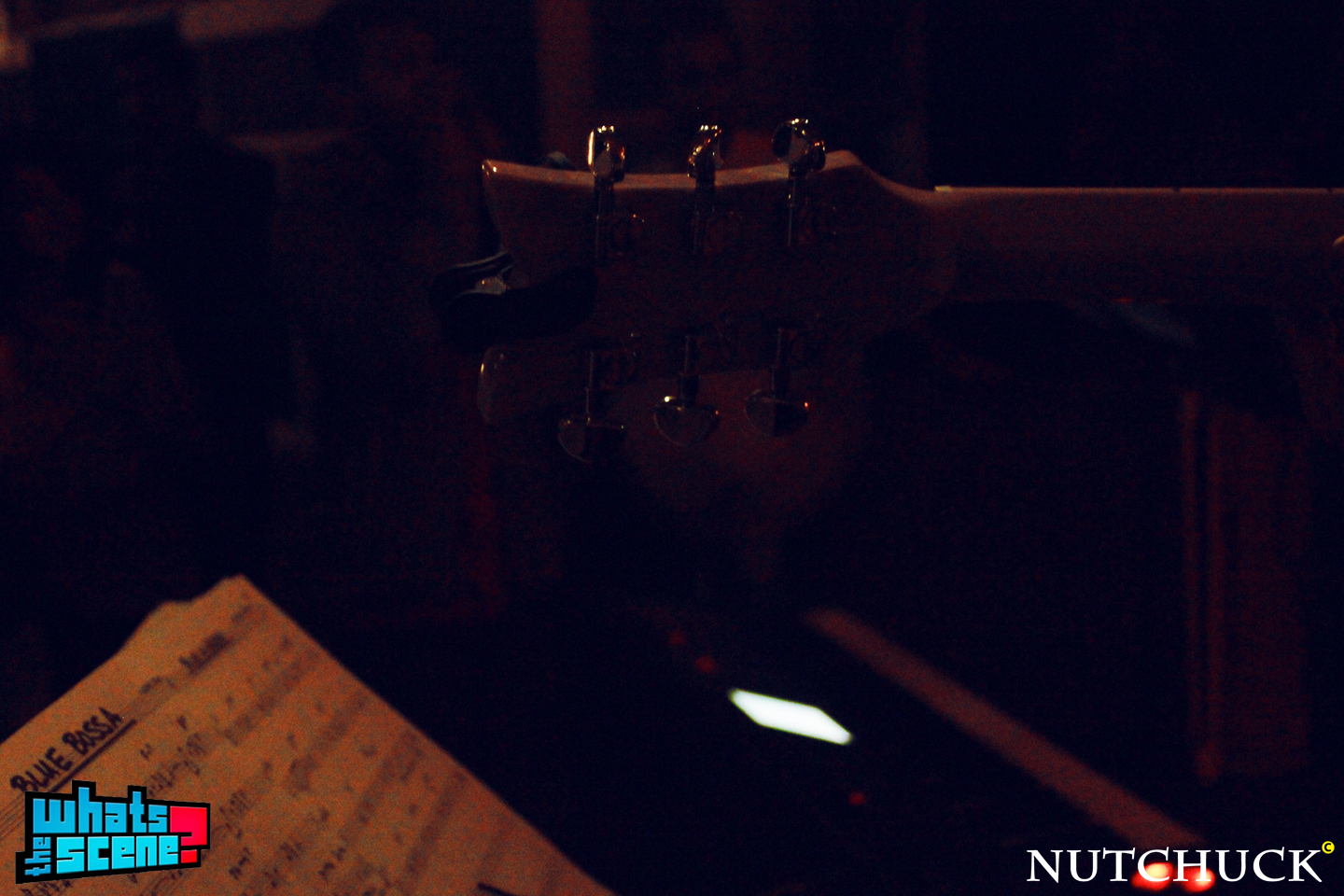 The second half of the gig commenced with ‘Blackout’ followed by the seminal jazz piece ‘Autumn Leaves’. It is a testament to their talent that they could provide such an unforgettable version on this piece with just three instruments. To emphasize that the evening was mainly a Miles Davis tribute, the trio followed with ‘So What’ and ‘Blue in Green’. The slow beat, alternating tempo, hypnotizing riff and slow fade out on the former song resulted in one audience member lustily yelling out “Oh Yeah!”

Keyboard maestro Bharath Kumar joined them next on the track ‘Recorda- me’ by Joe Henderson who let loose with some frenzied and fantastic playing. The now energized crowd applauding madly at the jubilant band was rewarded handsomely with the next track ‘Chicken’ made famous by Jaco Pastorius. This upbeat and cheerful number lent an appropriately vibrant flavor to the now smoke filled and hazy bar. With ‘My Favourite Things’, they moved on to a sadder, mellower strain as they got ready to bid adieu to the crowd. Bharath took a break from this track and Ramanan’s slow coaxing of the guitar was the highlight of this song. Little did anyone realize that it was close to midnight! With the genial banter, lively interaction with the band members and smooth-as-whiskey jazz; no one wanted the evening to end. 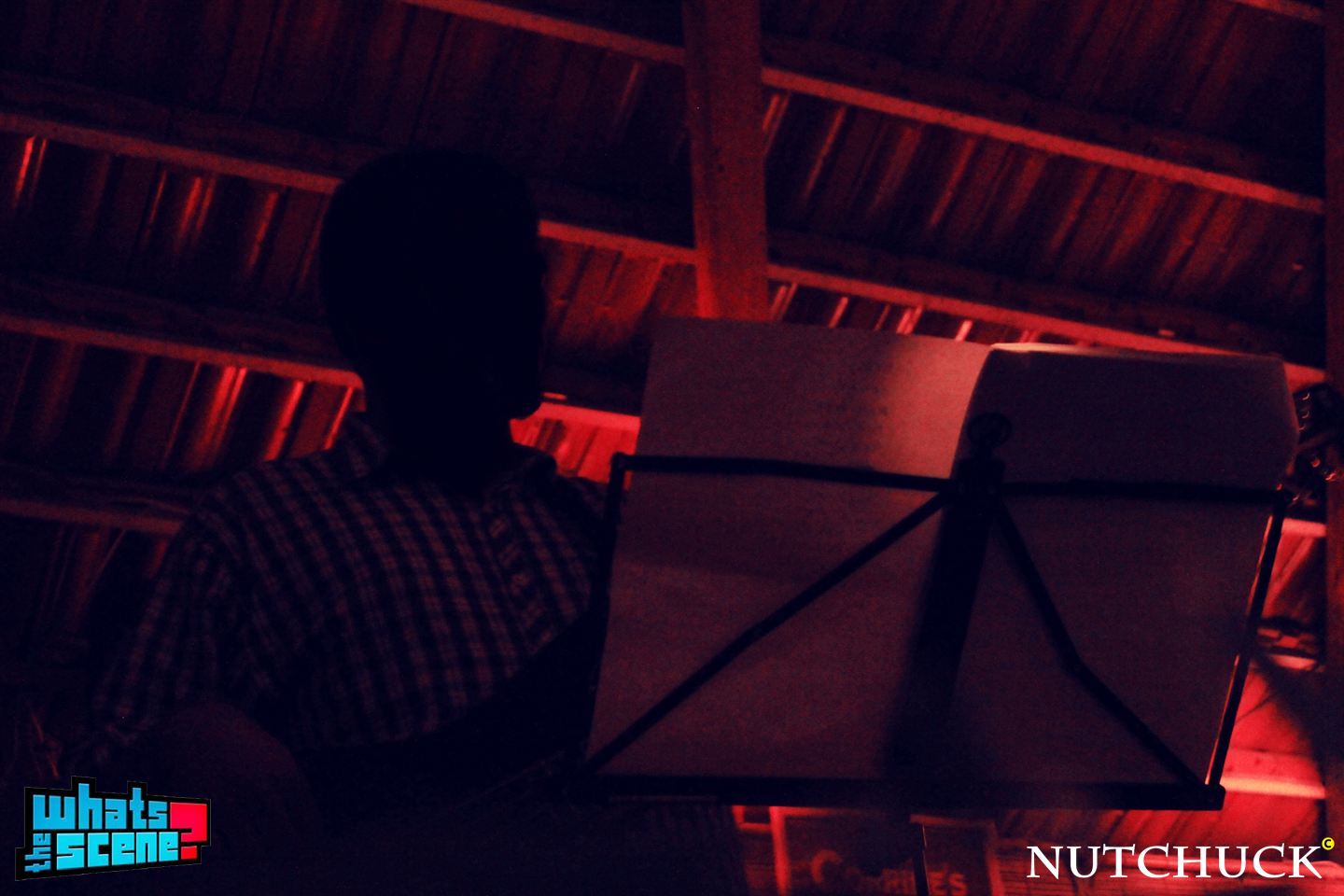 Due to some persistent and effective persuasion from a fellow listener, the band decided to indulge us with a live jam session with Bharath Kumar returning on keyboards. A great guitar and keyboard duet ensued and the evening ended on a perfect note!

Leslie was stoicism personified throughout the gig while leaving us all awestruck at his talent. Deepak regaled up all with some great drum licks and coupled with their confidence and fantastic rapport with the crowd gifted us with a near perfect gig. Close to midnight, the fantastic gig ended only to be marred by someone asking the guitarist to play a Hindi song for them. Thankfully, and with admirable firmness, he refused. Although the gig started late and lasted well past closing time, I was just happy having the chance to be at the first gig by the Leslie Charles Trio. They invoked the demi-gods of jazz- such as Miles Davis, Jaco Pastorius, John Coltrane and the wonderful chemistry shared by the members left an indelible impression of a talented band that has so much to offer in the future.