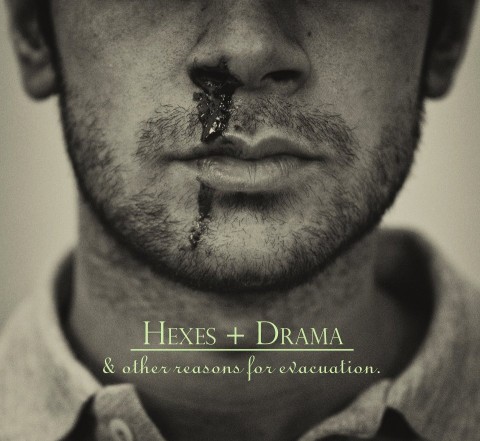 An old joke I heard about these guys when they first hit the scene, was that they are the Gujarati version of Blakc, hence the name Blek! The band actually takes its name from the French graffiti artist Blek le Rat – commonly referred to as the father of stencil – and not from any of the more entertaining ones devised by fans.

They’ve been around for a little more than a year now and they certainly seem to have moved in the right direction. They aren’t a new and distinctive-sounding band as such, but they are in a space by themselves in the blossoming Indian punk scene, managing to cramp a lot of the aggression, normally associated with the genre. However they don’t fall away to the modern mainstream punk sounds of Green Day and Fall out Boy and have the distinction of being the first band to be managed by ennui.BOMB Records.

The EP blasts away with ‘Hexes + Drama’, a song that appears to be dedicated to someone called Jolene, where Rishi pledges all sorts of silly stuff for her. Jared’s bass work is typical of live gigs, with a solid driving bass. Though, what I found pretty annoying was the guitar effect prevalent throughout the song!

‘Running into Walls Occasionally Helps’  was a song I had first heard at the Rush of Blood blood donation drive at Inorbit mall. The song has a semi-staccato bass line that contrasts beautifully with the guitar riff, although the chorus reminds me of a certain “amma dekh” riff.  The band convinces you that it has a foot-fetish, with lyrics like “Every time I’m hungry, I’ll lick your feet girl” – kinky to say the least. The song closes with a glorious outro that I wished was longer.

The third song has the same rhythm pattern as the second, although the songs don’t sound the same. ‘Minus the Makeup’ has awesome catchy riffs and the chorus riff is brilliant. Jared sticks to his punchy groove bass lines matching Varun’s straightforward driving rhythm.

‘The Life Aquatic with Steve Zissou’ shares its title with a Bill Murray film and, much like its namesake, flops. The song starts with a drum intro and… surprise, surprise; it’s the same rhythm again! I found the song a tad boring and listened to it again, but even that didn’t help, so I skipped to the next track.

Finally, a different rhythm makes an appearance on the next track, ‘Fog + Strobe’, with clap snares and a positively disco-sounding beat. The chorus sounded very familiar but I couldn’t figure it out so I gave up trying. Interestingly, the song closed at 3.35 on the player so I was wondering why the band had left more than double that time on the recording. I scrolled ahead looking for maybe a hidden message or to see if it started up again and was rewarded with one of my favorite songs on the EP at exactly 8.39 on the timer.

‘The Monkey Song’ is one of their catchiest songs and I loved this song at the launch where Linford D’Souza, a friend of the band, helped out with some great percussive work. The recording does not disappoint either, capturing the same tight rhythm work and the pace of the song.

The music was produced by Ayan De and mixed and mastered at Midicore Studios who have in the past worked with releases from bands like The Colour Compound, Rosemary and Bones for Bertie. Although the mixes on most songs sound fine, the overall product lacks that punch. This is a feature evident on some of the studio’s other releases. Rishi’s vocals suffer the most, as in all of the songs; his vocals don’t make the impact I wished they would.

The EP features a gloss envelope cover with minimalistic art work. Although the EP was initially supposed to be only for free downloading, the band decided to print a few physical copies for fans who wanted them. A worthwhile effort it would seem, as many people have heard the music online and then bought the CD. It’s at the give away price of Rs. 50/- only so it’s more than worth the cost, and definitely a great prelude to an impending album.