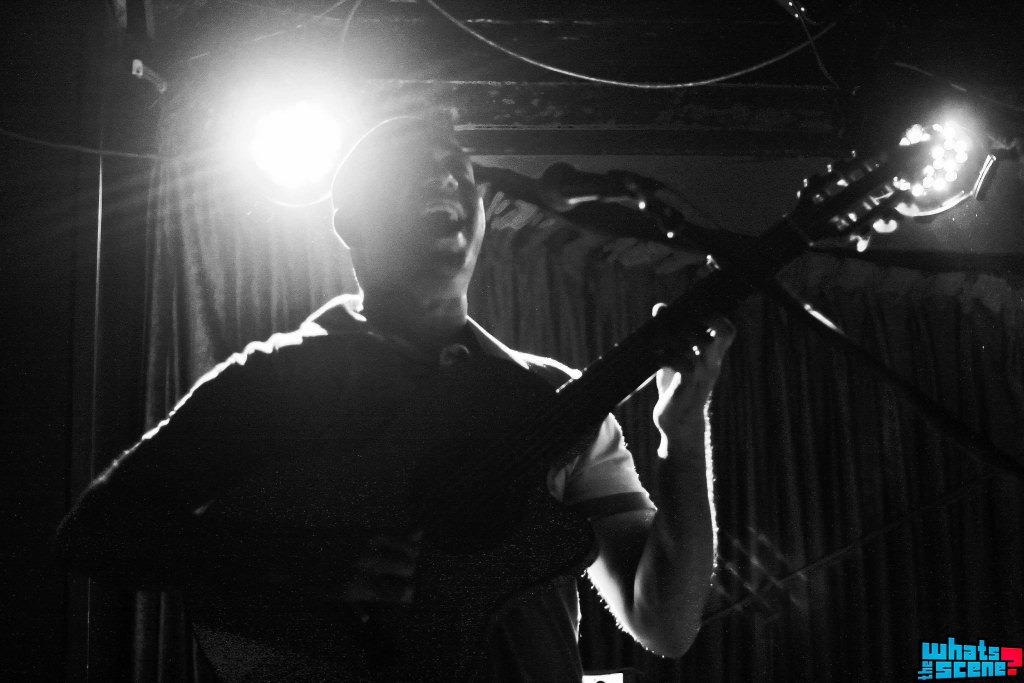 As I tumbled through the (slightly prolonged) stages of growing up, I went through the all-important discovering music phase in my life by mindlessly skirting around, masterfully hurdling or generally avoiding music by bands whose names I thought were iffy. The rule of iffy really didnt have any logical basis to it; it just was.

I’ve since grown out of this phase. Thankfully! I can only imagine what state Id be in today with names like Puscifer, Cattle Decapitation, Explosive Diarrhea or the very descriptive Fartbarf. I now have a backronym-inspired way of looking at band names (as do a lot of people  assumes the sheep in me). Listen to the music, like/dislike said music, justify band name if required. 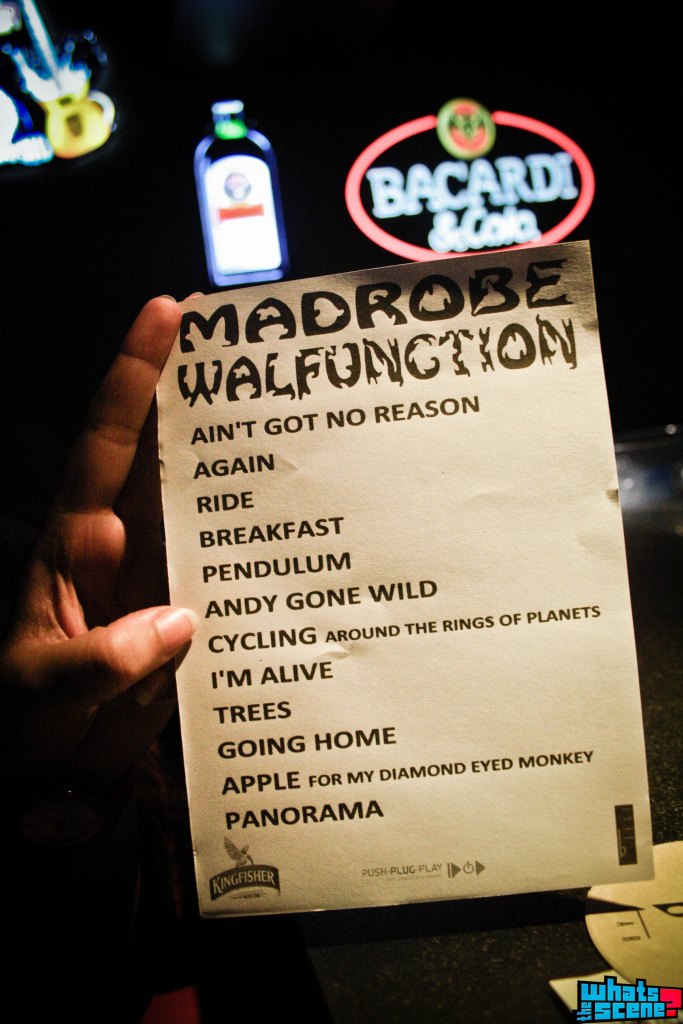 Madrobe Walfunction. It doesn’t come across as the best name for a band and neither is it the very best spoonerism in the game. The writer in me harrumphed, unimpressed at the weak attempt. But the writer in me was also about to be unceremoniously silenced. The defunct rule of iffy sunk lower in its grave the moment the band struck their first chord. The sound at B Flat that night was probably the best Ive heard in a long time and Id say about three-fourths of that was the bands doing (thanks to a painstaking sound check, we were told later). Every instrument had an equal chunk of the output, with the vocals blanketing them evenly. Just goes to show that the band may be brand new but the players arent. Theyre all seasoned musicians – Sankarshan Kini (Kailasa, Whirling Kalapas) on guitar, Crosby Fernandes (Para Vayu) on bass, Manoj Thapliyal (hes worked with scores of composers and has been honing his craft for well over a decade) on drums and lyricist and song-writer Prathamesh Tambe on vocals and acoustic guitar. 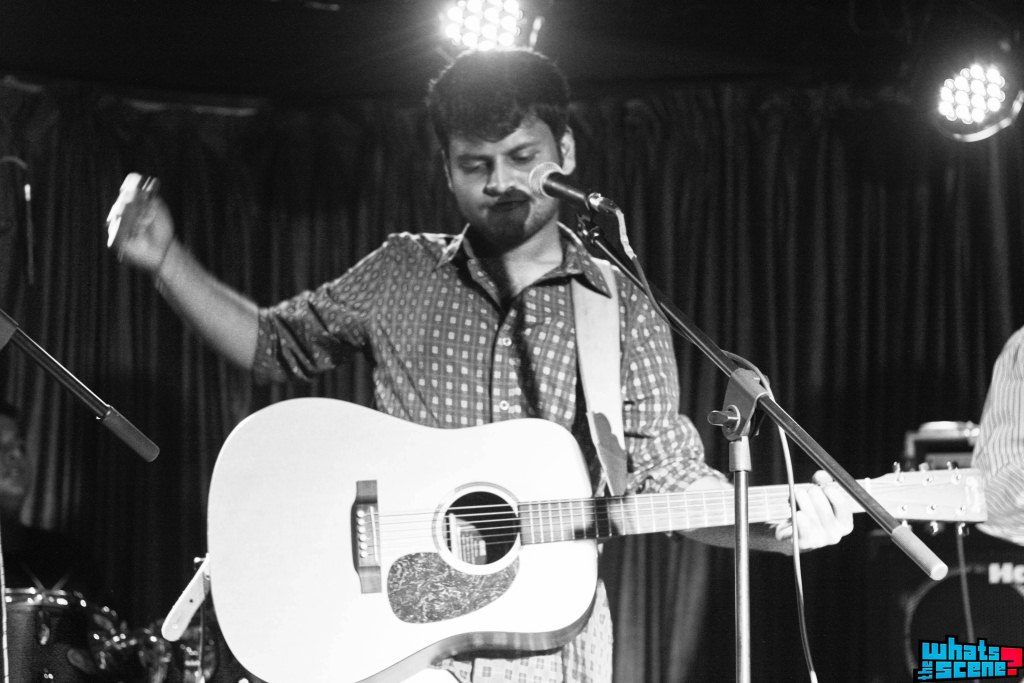 As I glanced through the set list I had (printed versions peppered the bar and the tables) and listened to Prathamesh, all manner of adjectives hurled themselves at me in quick succession. The best sense I could salvage (from a barely legible scribble in my notes) was that his vocals were crisp and he kept it straight cut and strong, save for the occasional vibrato. Me gusta! I havent heard a studio version of any of their songs but Ill bet good money that itd pale in comparison to watching this band live. 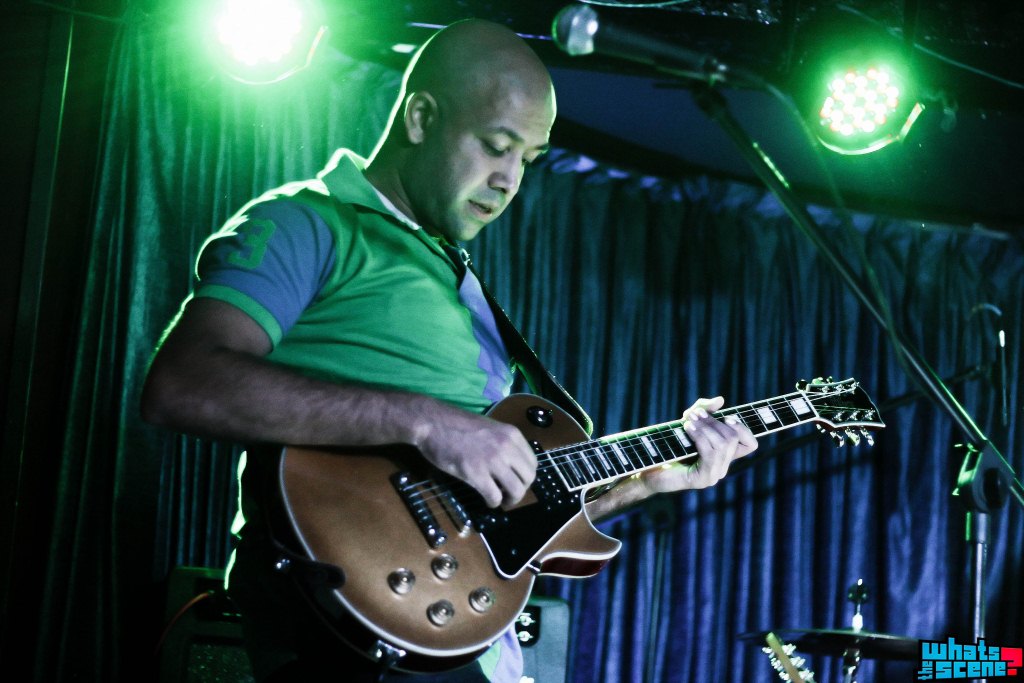 Their musical style feels fresh while accommodating a bevy of different tones  from light-layered tunes peppered with whimsical slide sections and twangy acoustic guitar solos like on Pendulum to meatier pieces like Andy Gone Wild that has spectacular delay work, instantly memorable riffs and some bang-on-tune screeching toward the end. Panorama was like a panorama of the skills on stage  starting with a distinctly Indian sound that then descended back into familiar territory. My favourite song by far was Apple (for My Diamond Eyed Monkey), a nice little bow-tied track towards the end of the setlist. All this and they managed not to decapitate Nirvanas ‘In Bloom’  their encore. 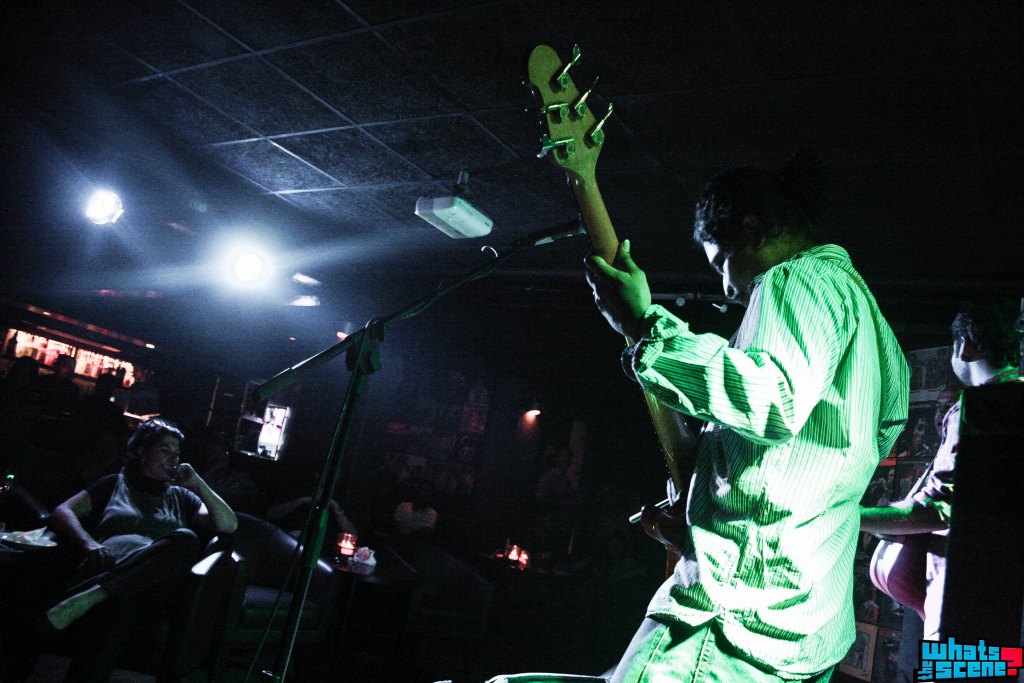 When youre watching a band thats growing on you, Id say you spend about 40 per cent of the time trying to decipher the lyrics  hoping that theyre original and not filled with clichéd phrasing. You wont be disappointed when it comes to this band.

Percys doll urges to get played

He thought the hands might solve the mystery one more time

He took a knife out and stabbed Percy in pain

Stabbed him once again

Some parts of the lyric are wonderfully vague or just outright devious – making them ripe for interpretation  while others do feel a bit contrived. But all in all I love the Mad Hatter-esque feel of Prathameshs storytelling and it sure did a good job of salving my bad spoonerism  induced wounds. 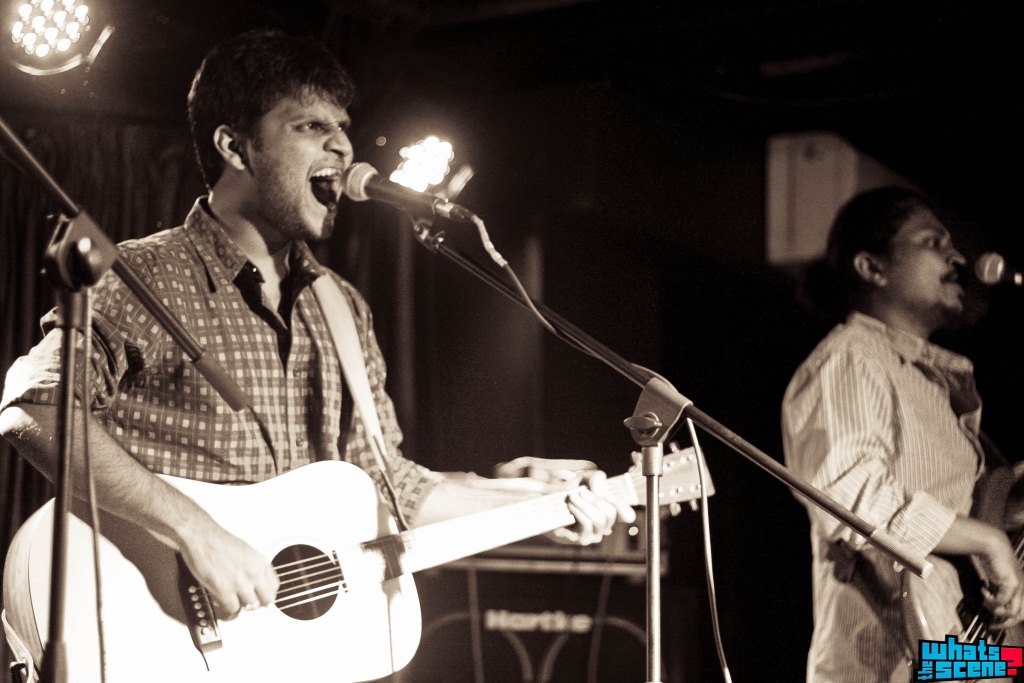 Im a certified banter-lover. That bald statement may sound like a tasty tidbit better suited to a forever-alone profile on a dating site, but I promise Im going somewhere with this. When a front man/woman of a band weaves their way around their set list with well-placed banter, a pertinent one-liner, a self-obsessed monologue or even just a musical grunt in that moment between songs, it validates me going to see a band in the flesh – because I want to see them present and interactive. At the root of it, I suppose I want to know if theyre likable or obnoxious or just plain boring. 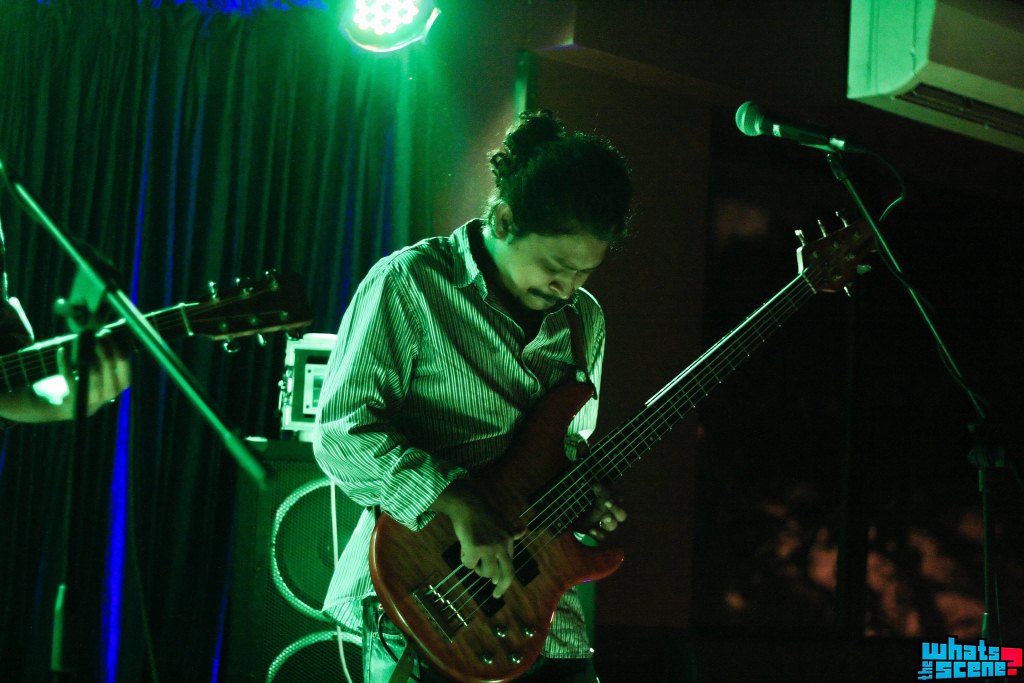 So, five songs into the set list was when I realized that we hadn’t heard a peep from any of the band members. I should have been miffed but I wasn’t  The band used everything from scratchy radio clips from the 40s and ambient sounds to birds twittering and the now-immortalized bicycle bell as segues from one song into the other. Usually Id think this was a tad pretentious because the concept of a concept album and all the eccentricities that go with it can be pulled off by a precious few, leave alone a spanking new Indian band. 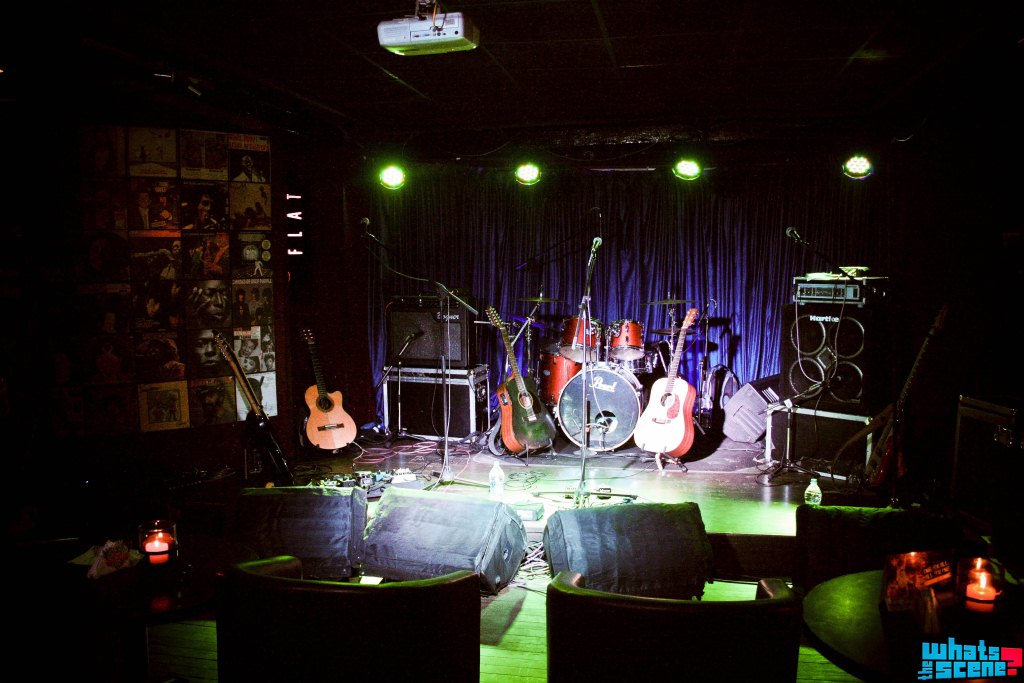 We wanted it to be seamless, you know  just an entire performance that wasnt interrupted by introductions to each song, said Prathamesh during our post-gig chat.

To sum it all up, Id have to agree with the heavily tattooed, slightly tipsy Englishman standing beside me who put it succinctly (four stars and all!) to say the least –  I’ve seen a lo of Indian bands perform and these guys are just brillian! Just ****ing brillian!