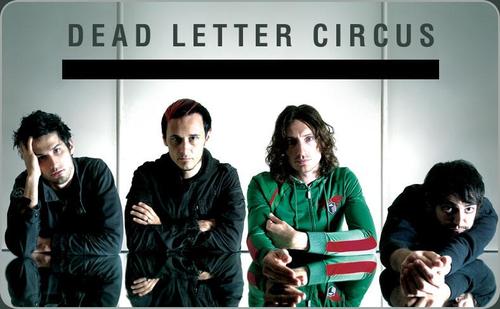 Whats The Scene? interviewed Kim Benzie, vocalist of the sensational Australian alt-rock band Dead Letter Circus who are all set to headline the massive battle of bands at the BITS Pilani KK Birla Goa campus along with Inner Sanctum on the 3rd of November.

WTS: Karnivool, Parkway Drive and now Dead Letter Circus – Australian bands are performing in India quite regularly now. Its the first time for you guys. Have you heard anything about India from these bands?

Kim: Our friends from Karnivool came back really blown away by the whole experience, from the people to the place. You guys have very intricate music and art, which we have admired from afar for a long time. India has been on all of our personal must-see travel lists anyway, so to have the chance to perform our music and see your country is truly a blessing. We are really looking forward to feeling that connection between the artist and the crowd. It will be amazing to connect in the universal language of sound and emotion.

WTS: In 2008, Scott left the band and you guys were in need of a drummer. How did you come across Luke?

Kim: Melodyssey had actually given us some of our first shows and Luke was a friend. We literally had a week before heading out on tour as support for a massive band here called Cog when Scott pulled the pin.  Steve from Karnivool filled in for a week, and then Luke jumped on board, also only to fill in, but after a week he fell in love with the music and the rest is history.

WTS: Luke toured with Dead Letter Circus and Melodyssey together. What was the experience like?

Kim: Melodyssey and Dead Letter geographically grew up in a very similar area so as a result we are all good friends. That tour still stands as one of the funnest times of being in the band. Luke just made sure his fitness was at a peak so he could nail both sets.

WTS: How has the sound evolved after Luke came in and ever since you guys started playing together?

Kim: Luke really completed the unit on an energetic level, and in a way we felt he was always supposed to be a part of it. He is the backbone of the band and it feels like we began with him and have been slowly evolving since.

WTS: After a self-titled EP in 2007, and a debut album in 2010, you guys have started working on a new album this year. You have hinted that the new album will have some electronic elements. Now, thats quite intriguing because The Space on the Wall does give a little peek to the bands electronic side.Tell us a bit about the new album and how you went about the whole process this time?

Kim: What we really felt we got from the success of This is the Warning was a confirmation from the people listening, that we can be creative in a broad style. Our debut EP was very frenetic and one dimensional whereas we really branched out stylistically on TITW. We are all fans of atmospheric electronic music like Massive Attack and NIN, so some of these influences became a part of the DLC sound. My comment was more in relation to starting some concepts as electronic and developing them back towards the organic band sound. Previously we had only experimented with adding complimentary layers of synthetic sounds to the already formed rock sound.

WTS: Is there any title for the album yet?

Kim: No not yet but we will be playing a brand new song from the upcoming album called ‘The Catalyst Fire‘ at the festival.

WTS: Tell us about your No Fracking Way Tour, what made you take up that cause?

Kim: We are firm believers of the fact that corporation-controlled governments like ours in Australia, who are controlling the media, will only report what they want people to hear, that decisions are being made for all of us, with a view to profit and not sustainability. The issue of Coal Seam Gas mining in Australia is a major concern here. We have a beautiful country to protect, and mining companies are tearing it apart at alarming rates. We have every intention of using our voice to point people in the direction of the issues we believe in, that won’t be front page news here when they should be.

WTS: Quick trivia. Whos the clown in the band?

WTS: Whos the serious one?

WTS: And who can be the most annoying?

WTS: What do you guys do apart from making music?

Kim: For the last few years DLC has been a full time occupation with no time for anything other than writing and touring. It’s an amazing life and we feel very blessed.

WTS: Hope you guys have an amazing concert. What are you looking forward to the most at this show?

Kim: Playing at a university concert! We have done a lot of university shows in Australia. There is always a great vibe in these centers for learning and progress.  It could simply be that the people that assemble there are open-minded and ready for new things, or simply that study is hard work and when they party and let go, they go crazy.