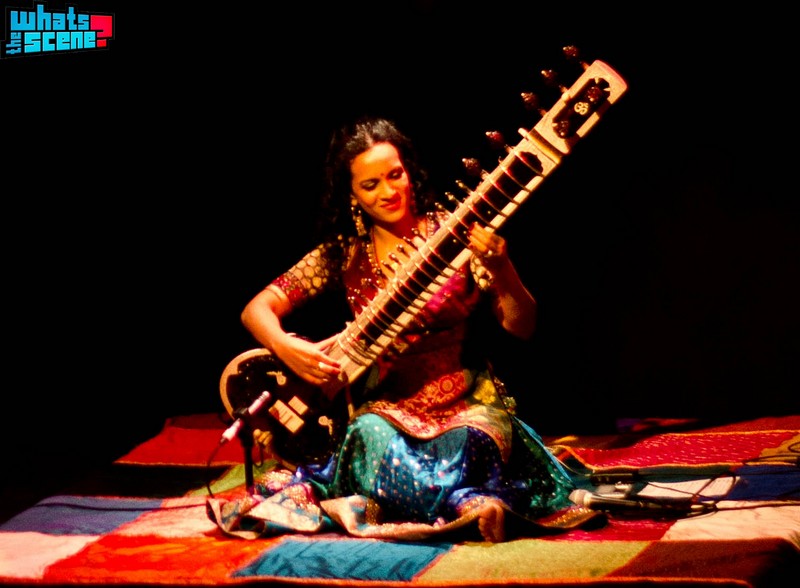 If there is one Indian city that has advanced well on the professional front, and still holds the pulse of the personal space, then it has to be Bangalore. It makes news for being India’s IT hub, but there are regular mentions of its city life too. Musical concerts, dance festivals, and theatre are regular occurrences on the Bangalore stages.

The talented daughter of Pt. Ravi Shankar was recently in Bangalore, to promote her latest album Traveller. Bangalore’s famous open-air amphitheater in UB City was slated to serve as the venue for her performance. But this was not going to be a usual one. Anoushka had chosen to fuse her Indian classical rhythms with Spanish Flamenco. 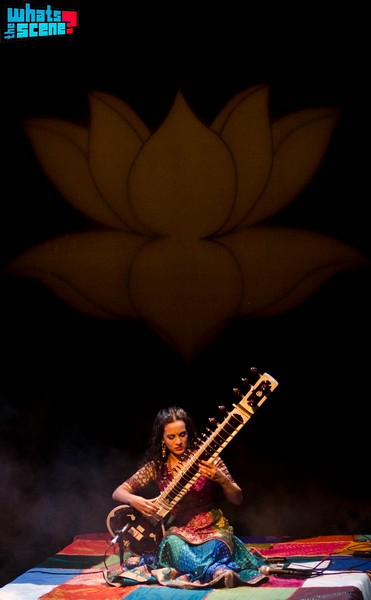 The audience was curious as to what would the outcome of Indo-classical and Spanish Flamenco be, and so was I when I entered the crowd at UB City. The much-awaited moment arrived, and Anoushka gave her distinguished start to the musical evening. She opened the kit with a harmonious, but unconventional, Raga Bhairavi while a minimalistic sound of Tabla and Tanpura backed it up.

Her choice of Raga was unconventional because Bhairavi is traditionally sung at the end of Hindustani concerts. This had come as a surprise for those who expected the customary start to the event. This Raga was the only one that was performed in the pure classical style. As the event progressed, she introduced the flavour of Flamenco and though she had begun with the light sounds of Tabla and Tanpura, the other members like Guitar, Shehnai and Percussion joined in, along with the vocals. 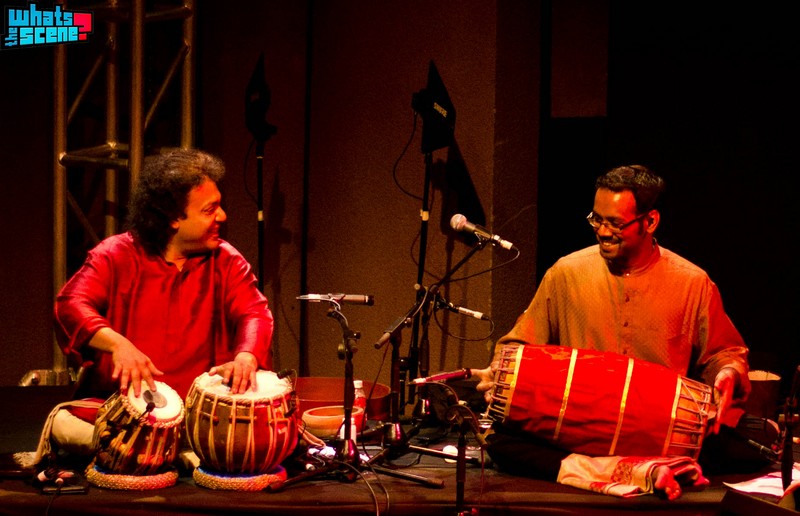 The true connoisseurs of Indo-classical music would know that the 6 beats of 16 beats pattern was readily complimenting the other sounds, but the majority of the listeners was there for music, not the technicalities. They could sense that the beautifully executed jugalbandi between the sitar and guitar, and the Percussion and Kunnakols was flawless. As they say, appreciation is the fuel for an artist. The crowd was cheering, and the performances were gaining impulse. The entire on-stage execution seemed well-rehearsed, as not a single beat or strum was out of place. No single instrument worked any less, or any more than the perfect limit!

Anoushka’s main motive to perform was to give an insight of her recent release Traveller. But since the mood was all set for the evening, she did not shy away from experimenting with several other aspects. Her set, which had started with Raga Bhairavi, had begun to reach the lovely Khamaj and the famous Carnatic Raga Keeravani. Anoushka then proceeded to sing a soft song that aimed directly at the hearts; she seemed a bit diffident initially to perform the ‘Love Song’, but when she did, she left the crowd asking for more. Finally, she concluded the evening with the beautiful Raga Jog. 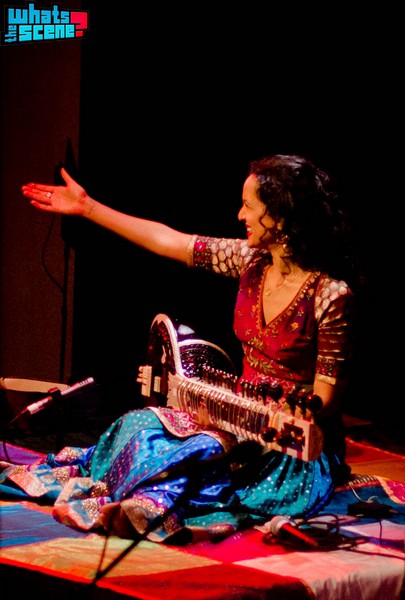 The knock-down voice of Sandra Carrasco was doing justice to the Vocals. Melon Jimenez was good at the Flamenco Guitar, and El Pirana managed Cajon and Spanish Percussion. These three musketeers added their own tone to create a magical fusion. Sanjeev Shankar made his mark in the performance with his emotional Shehnai, though it sounded forced at some places. London’s Prasanna Thevarajah brought about the true colors of Carnatic music with his splendid variations at the Carnatic instruments- Mridangam, Ghatam, Morsing and Khanjira. He also worked on Kunnakols at some occasions, and proved the mettle of his dynamism. Though Carnatic Percussion is not generally chosen for Hindustani music, he pulled it off really well. Tanmay Bose set a good ambience with his Tabla too. I am an old admirer of the Tabla and have witnessed the different variations it has been used with at numerous concerts and I felt that there was yet a lot more scope for Tanmay’s improvisations.

This was sure an experimental endeavor trying to dig out connections between Indo-classical and Flamenco. Perhaps that is the reason it felt like a dose of Filter Coffee and Coke. The blend did go down well, I must say. The ones with an inclination to either of Indo-classical or Flamenco could not have found anything better than this evening.

Anoushka Shankar has evolved as a music virtuoso, some people attribute it to her genes, and some to her inherent talent. Her immense control on her tones was a delight to witness. Those who wished to spend the evening drenched in music had got the best they could at UB City.