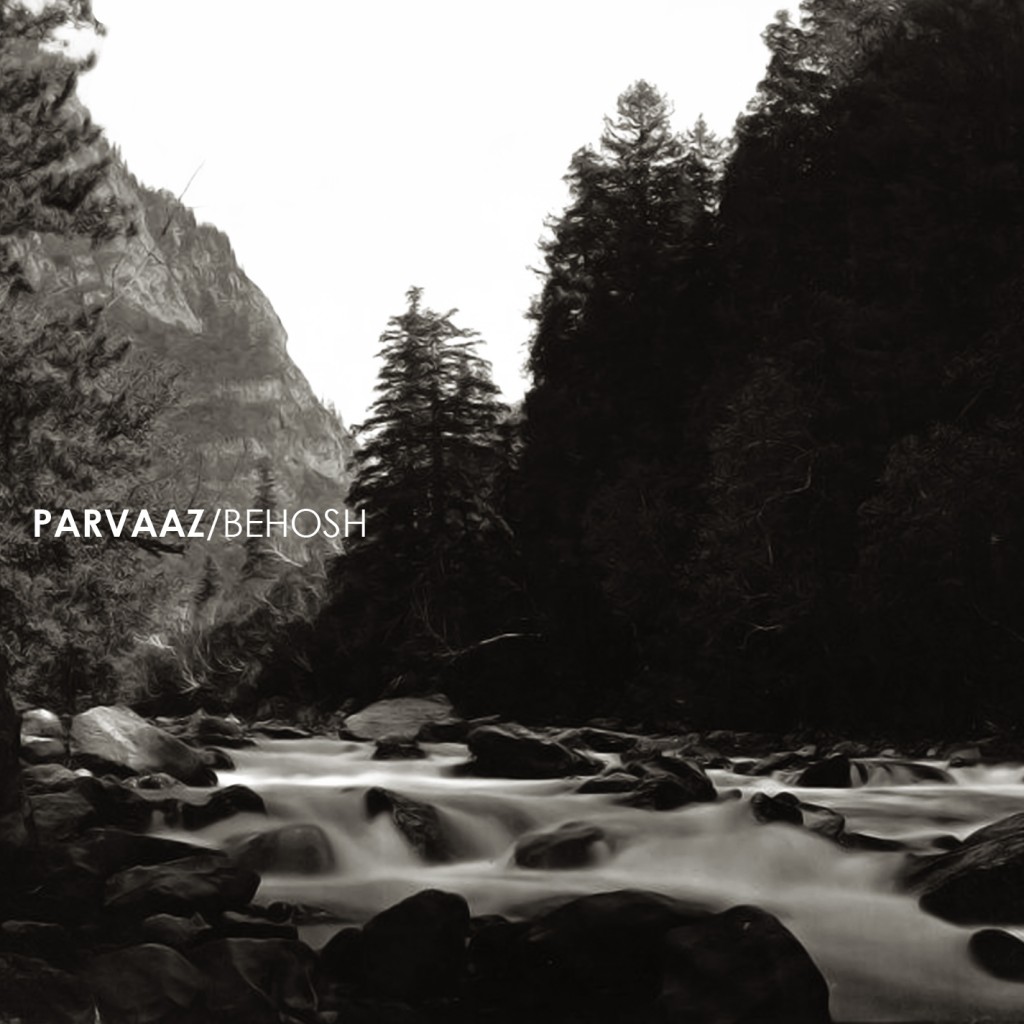 Way back when in the year 2011, I had witnessed a live performance by Parvaaz at Legends of Rock, the audience was informed that Parvaaz was a Psychedelic, Sufi rock band from Bangalore and that they sang most of their songs in Urdu and Kashmiri. I distinctly remember hearing an audible moan from a metalhead a few tables away. Although most of us did not understand the lyrics, needless to say, by the end of the show the band had managed to turn us all into rabid fans with their amazing stage presence and lead singer, Khalid Ahmed’s explosive vocals.

With a number of “fusion music” acts such as The Raghu Dixit Project, Swarathma and Emergence making it big in India and beyond, the time is ripe for Parvaaz to be the next big thing. Their soulful, psychedelic rock, powerful vocals and eloquent lyrics are guaranteed to take them places. Although they are mistakenly categorized as a “Sufi-Rock” band because of their Urdu and Kashmiri lyrics they strive to shake-off all stereotypes and are hard to typecast into any genre. Parvaaz is a pioneer in the Bangalore music scene with their vibrant songs; deep, meaningful lyrics written in an unfamiliar language and unmatched vocals and stage presence.

Parvaaz (which means “flight” in Urdu) came to be in March 2010 when two of the three original members and childhood friends- Khalid Ahmed and Kashif Iqbal reunited in Bangalore while they were studying here. The band is truly a brainchild of these two talented musicians from Kashmir. After one of their original members and bassist Neil Simon, Rhythm guitarist Adarsh Deokota and drummer Somarshi Bhattacharya were not able to continue with the band, Parvaaz settled into its current line-up with Khalid Ahmed on vocals, Kashif Iqbal on lead guitar, Fidel D’Souza on Bass and Sachin Banandur on Drums. It is not an exaggeration to claim that Khalid Ahmed has the strongest vocals and best showmanship of all the lead singers out there in India. Their songs and live performances have distinguished them from the rest of the herd. Parvaaz’s electrifying performances led them to win numerous college fests and they have been steadily gaining popularity since their performance at the Fireflies Festival of Music and Arts in Bangalore in 2011.

After much speculation and doubt, the band released their debut E.P. called Behosh on 13th July, 2012 and if this is to be considered a teaser for their planned album then nothing short of extraordinary can be expected from their album. Khalid Ahmed and Kashif Iqbal have penned the lyrics for all the tracks on this album in Urdu and Kashmiri, as is the case with the rest of their songs, and are unapologetic about it. They write and sing in the language they find comfortable and anything else would seem unnatural. Their sound incorporates elements of Sufi, Jazz, Blues and Psychedelic rock beautifully without being unpalatable to mainstream audiences. One can get a sense of their confident, electrifying and unabashed live performances from the five tracks that they have chosen to put in this E.P. As the band puts it, they want their listeners to lose themselves completely to the music and quite literally become “Behosh”. All the tracks on Behosh contain mesmerizing instrumental interludes and deep soulful lyrics. A sense of nostalgia and melancholy pervades the album and they have managed to create a seamless flow from song to song. Behosh starts off with a funky, psychedelic sound and progressively becomes more peaceful and melancholic.

‘Behosh’, the title track, begins with a funky, ominous, psychedelic bass section and leads into the vocal acrobatics of Khalid Ahmed. This track is a perfect mix of Psychedelic rock and blues with the addition of amazing vocals. The guitar solo section followed by the Harmonica interlude provided by Jerome Mascarenhas really drives home the blues influence on this track. Just when you thought the song would end quite tamely, the frontman’s oft mentioned amazing vocals kick in and the song ends in a glorious flourish.

‘Marika’ immediately shocks you with an almost primal scream. Written for a female friend of theirs, named Marika, from Norway, the song contains some great instrumental sections like the previous track. This track is a delicious mélange of frenzied vocals and guitar riffs accentuated by the brazen laughter track thrown in. A very memorable song as I instantly recognized it from their live performance a year back. ‘Marika’ is sure to get your pulse going with its racy drums, suggestive lyrics and energetic lead guitar.

After the first two energetic pieces, the E.P moves onto a mellower ‘Itne Arsey ke Baad’. Penned after Khalid Ahmed and Kashif Iqbal met their friends from back home, this song captures the heartbreaking distance from and the fervent longing for their homeland. The lazy, bluesy music belies the intensely nostalgic and heart wrenching lyrics. If you are not suffering from melancholia, you might just end up leaning back, closing your eyes and enjoying this relaxed tune and forgetting all about the otherwise heavy subject matter.

‘Dil Khush’, literally translated as “happy heart” is an uplifting tune and is the longest track on the E.P clocking in at over eight minutes. It celebrates the joie de vivre that comes from blissful ignorance. The sound of rain welcomes you to this optimistic track with its thumping bass line and brilliant guitar dominated interlude. I might be prudish to admit that I did not particularly like the three minute drum solo. Maybe they got a bit carried away with the theme of celebrating life with this drum solo as it seems disjointed from the rest of the song and unpleasantly jolts you right when you are getting into the groove of the song. Kashif Iqbal’s delightful guitar riffs and unrestrained playing are the high points of this track.

At last, my favourite song of the album- ‘Lolmatlai’ is trippy, soothing, utterly beautiful and an appropriate end to this album. Listening to this track one can’t help but compare Khalid Ahmed to the great Nusrat Fateh Ali Khan. This track is fully written in Kashmiri and speaks of the object of one’s love. ‘Lolmatlai’ instantly transports you to another worldly and ethereal place (should I daresay Kashmir!) and I couldn’t help but lament at how short this track was. The dramatic and orchestral sound achieved by the deep bass, guitar strumming and percussions does not distract from the clean, breathtaking vocals on this track.

Behosh is a succinct sample of Parvaaz’s body of work and a perfect reminder as to why Parvaaz has such a large fan base. The five tracks on this E.P cover varied topics and musical styles and yet do not seem haphazardly placed. They have managed to capture the energy of their live performances in this near perfect E.P. Enough cannot be said about Khalid Ahmed’s vocals; passionate, perfectly enunciated and unmatched in power and complexity; no other lead singer can hold a candle to him. Each track on the album is a harmonious blend of ridiculously good vocals and beautiful instrumental pauses and to truly enjoy this E.P I will repeat what was suggested to me- lock yourself up in a dark and tranquil room, close your eyes and listen.

The band members financed the E.P themselves and produced it on a shoe string budget and a lot of hard work. So yes, their music is awesome and yes, it is tempting to download it illegally but don’t be a nasty freeloader and buy the E.P which is now available on Flipkart as well as digitally on  OkListen. Enjoy the music and the beautiful album artwork. Also, as you wait for their upcoming album with unbridled enthusiasm make sure to watch them live; which is the best way to witness the phenomenon that is Parvaaz.