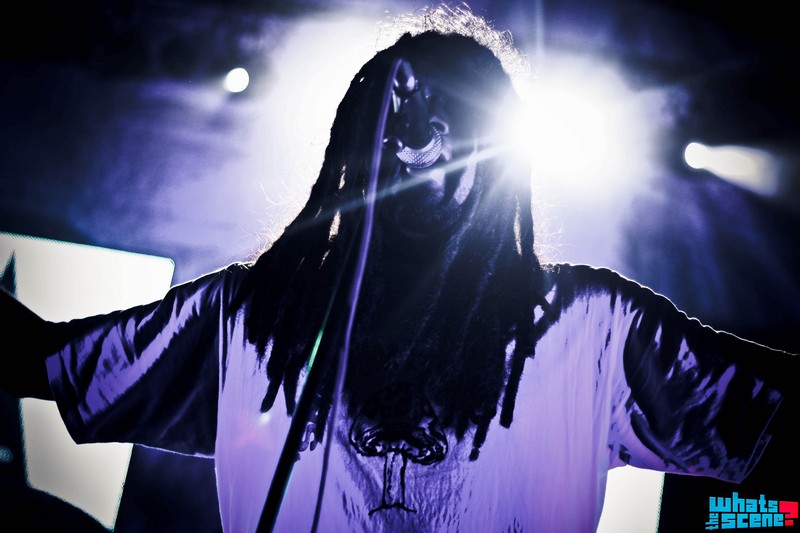 Dreadlocks, a leather beret and a familiar Floyd note was all The Bicycle Days gave us as an intro to their unique brand of psychedelic rock music. The Bangalore-based band performed at BFlat, Indiranagar, on Friday, 28th Oct. It was their new bassist Abhishek’s debut on home ground. The 8 p.m. gig started out with an experimental reggae-trance sound, making the 5-member band seem like an acquired taste. By the end of the evening, TBD settled into racier Radiohead-influenced material, which pleased their head-banging, foot-tapping fans.

The band’s opening number, ‘27′, had the much-required, shiver-down-your-spine effect on their early-bird audience. Taken off their 2010 debut EP 42, the song was first reminiscent of Pink Floyd before it suddenly sprouted alien sounds and drummed itself into something halfway melodic!

The second song, ‘Zorbing in Space’, confirmed the band’s non-conformity with the basic rules of song-writing. It gave us a glimpse of lead singer Karthik’s Marley phase. Following the half-hearted applause from the audience, they decide to talk to us about their third song. “This is Something Human”, said guitarist Rahul Ranganath, “It’s about humans.” Who needs long intros when the songs speak for themselves?

Around the time the Delhi-Metallica fiasco started dampening spirits at our table, The Bicycle Days kicked in with ‘Tele Drug Zombies’. It reminded us of Incubus with a slight jazz undertone. A hand full of die-hard TBD fans were lingering at the bar, mouthing the lyrics of the very aptly named ‘Fevered Ego Circus’ and bouncing up and down to the more upbeat ‘Something Human’. Little did they know that Karthik Basker had listed this song as ‘Something Gay’ on his tissue paper setlist that we managed to acquire post the show!

I like a band that doesn’t take itself too seriously and chills out with the audience more for the love of music than for the love of themselves! The Bicycle Days weren’t trying to be cute or charming. They didn’t play to the audience, but they did encourage applause. “We want more energy, Bangalore! Get drunk!” instructed Karthik just before their 5-minute timeout. “Awesome guys!” cheered the front row tables.

Our table, barely ten feet from the stage, was filled with half-empty beer bottles and Kung Pao potato. We were surrounded by the usual chilled-out Bangalore crowd, who just wanted to escape the Diwali bang-bang, which seems to be the only music we’ve been forced to hear over the past week! By the time we had soaked in the smells and sights of the tastefully decorated pub, the band had subtly returned with their sixth song ‘In This Moment’. It was the only song with a hint of Indian classical instruments, but it retained the band’s mysterious experimental tone. On their MySpace page, the band categorizes their genre as ‘Alternative / Experimental / Indie’ music. But I think the word ‘Alternative’ is the only one that truly captures their essence.

Seventh on that night’s setlist, ‘Radio Song’ was slow and enchanting. Maybe not as a much of a ear-pleaser, it had the energy to captivate listeners. Finally I could place Bicycle Days in the same zone as alternative rock band Radiohead’s OK Computer album. The band thanked the audience for the heartfelt applause that followed.

Mostly instrumental, ‘No Battery’ started off with dripping-water sounds and progressed into squeaky echoes of a child’s voice. Karthik had his arms folded across his chest and he randomly threw in some awkward hand gestures, which perfectly matched the song. The Bicycle Days had escaped into a world of its own. I sensed an element of disconnect, because of the lack of eye contact and verbal communication among band members. But more experienced TBD fans seemed to disagree. “Tonight the band is very ‘in-sync’ with each other. They’ve tremendously improved since the last time I saw them,” said Shruti Naik, who had attended TBD’s December 2010 gig at Xtreme Sports Bar, Bannerghatta.

As the night progressed, the 6-year-old video-gamer behind us fell asleep in his father’s arms. This didn’t stop his rocker-dad from head-banging and air-guitaring to ‘Circles’, the most popular song of the night. ‘Circles’ was the encore and came to be my favourite as well. The stick-in-your head guitar riffs caught my attention and sustained it through indecipherable lyrics. Considering I was a first-timer to a Bicycle Days gig and to B Flat, I couldn’t afford to be biased. But being a wordsmith, the absence of meaningful lyrics was my only pet peeve for the night.

The show met a ‘Sober Death’, which the band had strategically saved as the last song on their setlist. Throughout the gig, I was dying to ask the bassist, Abhishek, about the psychedelic stickers on his guitar but had to contend with staring at the equally psychedelic Dylan poster on the B Flat wall. Overall, I came away with an acquired sense of appreciation for the band’s music and a strong desire to see them live more often.

Parnika believes every song is a living person in an alternate universe she'd like to visit someday. You'll hardly ever see her without her headphones. Her other interests include travel, photography and poetry.