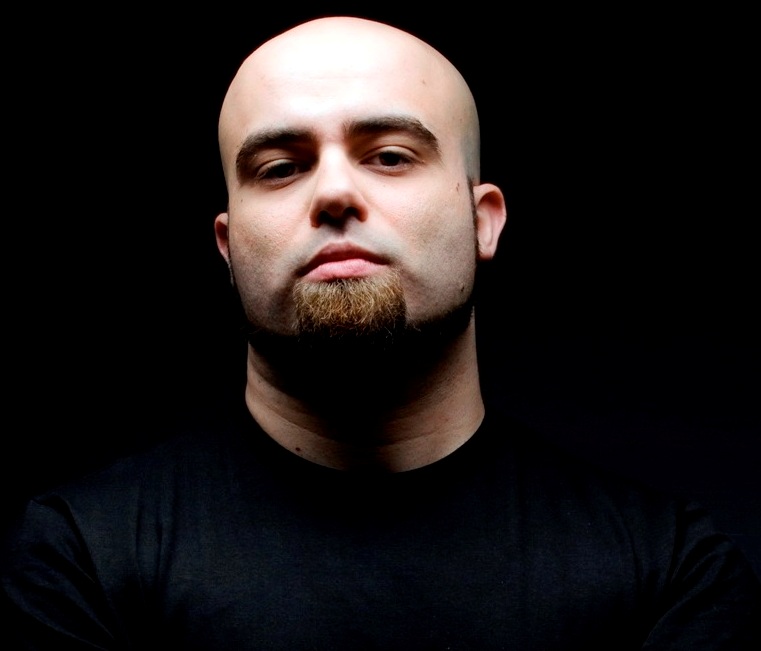 One of the first extreme metal bands to emerge from Dubai, U.A.E. Nervecell has supported legendary bands such as Metallica, Anthrax, Morbid Angel and Suffocation are the torchbearers for a Middle Eastern wave of metal. WTS got the chance to interact with Rami Mustafa, the guitarist of Nervecell and here’s what he had to say about the band and their experiences…

WTS: Nervecell has shared the stage with a bunch of international acts such as Metallica, Sepultura, Machinehead etc. How was the experience?

RM: Oh it was great! We are old fans of these bands, since we were kids, everyone one of us in the band grew up listening to Metallica, Sepultura, Machinehead and for us to get a chance to open for them, not only was it a great experience for us as a band, it was also a dream come true. Meeting our idols, the bands that made us get into music in the first place, and getting the chance to share the same stage with them, it is a feeling that we cannot describe. Especially with Metallica because Metallica is one of the biggest, if not the biggest metal band and to get a chance to open for them exclusively is a big honor for us.

WTS: Just watching a Metallica concert can be quite an experience so we can imagine what you guys felt opening for them! Did you get to hang out with the band, any cool backstage stories?

RM: Metallica is a very busy band so to actually get a chance to meet them was crazy! Because they have their own fan club with thousands of fans all over the world and they spent an hour and a half signing autographs backstage for these fans. We were lucky to meet them for five minutes after our set. When we finished our set they were actually jamming backstage – they have a small room where they practice before they go on stage. So all of us were listening to them playing Creeping Death before they hit the stage and it was a privilege to hear them perform because none of us in the band had seen Metallica before. So they came out from the room and James Hetfield and Lars and us hung out. They were really cool. They told us that they liked our sound. It was a really quick chat because they had to go on stage. It was exactly 5 minutes before their stage time and we had only that much time to meet them. We were lucky and it was a really good experience to shake hands and take pictures with them. It was really great, theyre great guys!

WTS: So did Metallica influence Nervecells sound? What are the other bands that have influenced your music?

WTS: Growing up in Qatar, did you guys have easy access to underground music and death metal in particular?

RM: When I was a kid, I was in Qatar that rarely had anything – the only access for me was TV you know, the only channels I used to watch were Channel V, MTV. This is where I first heard metal and before that I used to listen to rock music. Bands like GnR I cant really recall what other bands but the first metal bands were Megadeth, Metallica.

RM: Headbangers Ball, exactly! I was six-seven years old and it was definitely not easy to find tapes or CDs and definitely no downloading, there was no access. My friends used to come from nearby countries like Turkey, Syria, Jordan and they used to have pirated music tapes from European countries. And whoever went to the States or Europe used to get me albums. Same with the other guys, Barney grew up in Dubai and he had the same experience. Dubai is more commercial but then again it wasnt easy for Barney. Whatever metal music we had was through TV and magazines. As we grew older we subscribed to magazines like Metal Hammer and Rock Hard and we used to get music and compilation CDs and stuff. As we got older we started getting access slowly. But metal in general, when it came to finding CDs in stores, youd never find death metal or thrash metal; youd only find the commercial stuff like Metallica and maybe Slayer – nothing more than that. Nowadays you find everything. I think its getting better, man. It was a bit of a struggle then, it definitely wasnt easy.

WTS: So now that there is easier access to underground metal, is there more reception to Nervecells music?

RM: Of course! When we started in 2001, the scene in Dubai was bad. But 2001 to 2005 it was really good. There were a lot of bands and a lot of underground gigs but people didnt know too much about metal. They used to come to our shows and learn and realize – this is metal, this is death metal, this is thrash metal. We used to talk with everyone. We used to go out after our show to our friends and fans and have a chat and talk about bands and sometimes trade albums. It was a learning process. So yeah, for the past 3-4 years, I think the internet and YouTube and technology have helped the younger generation to learn about metal really faster than before, in a shorter span of time. Nowadays I find that musicians that can play a guitar lesson on YouTube! (laughs) Its not a bad thing at all you know!

WTS: The Middle East is seen generally as a very conservative society, has there been any sort of opposition to your music and your lyrical themes?

RM: No, not at all! A lot of people get confused by countries like Dubai and Qatar, these countries are really modern, very globalized so its not a problem. What we sing about is really about humanitarian issues and personal issues, nothing extreme lyrically. So weve never had these problems. As kids, growing up in the society we learned that we have to respect traditions and morals no matter what. For me, it was purely about the music and then the lyrics. We were fine you know. Other countries have issues with metal at gigs and concerts. Wed have had some problems playing there but weve never been to these countries. We try to avoid trouble and we were very careful so there has been no problem.

WTS: So did growing up in the Middle East influence your music in any way?

WTS: Your second album Psychogenocide was released in 2011 and you guys received rave reviews for it. Could you tell us more about it?

RM: This is our second full-length album and its on Lifeforce Records and we had little time to work on it compared to our last album because we were touring. We had a lot of tours in Europe and a lot of festivals between the writing process for the album. Compared to our last release its more of a dark album and a heavier album more death-metal oriented than our last album Preaching Venom, which was was thrashier and more melodic. Psychogenocide was a bit of both – heavy and dark. Some songs were very melodic and other songs were plain brutal. We really didnt plan it. When we write – me and Barney on guitars, we both write the music fully. We concentrate on the guitar riffs and then put it into songs. The composition is very guitar-driven. When the songs form, we decide – this song is going to be death, more brutallets continue, lets keep it up the same way we want to do it. The album has a bit of everything and is musically heavier than our earlier releases. And of course we toured everywhere – Middle East, Far East. We went on a South Asian tour, out first Asian tour. Went to the Philippines, Sri Lanka, came back to India when we were promoting it. We also did a European tour with Morbid Angel, which was a very big tour for us. Morbid Angel is a very influential band and a big name in death metal so we were busy for this album. Were still busy!

WTS: Are you guys recording or writing the third album?

WTS: Is it a challenge to translate the energy of your live act into your studio album or vice versa? Psychogenocide is heavy, brutal and technical in parts. Is it challenging to play it live?

RM: Of course! When we write, we keep the live aspect in our minds. We always want to know if this is going to be a lively song or this will be a song that we cant play live. Whenever we go as far as we do and even if we have complex parts we practice it a lot in the jam room and make sure we pull it off and a lot of our riffs are pretty groove-oriented so naturally it works out fine. Luckily! (laughs) It is a challenge but in time we got used to it and we became better, we matured and started learning more and more. We did a lot of touring with a lot of live appearances. We started feeling off, like this pack of riffs or this pack of songs is going to be more studio songs so we dont really play it live. We do the songs that we feel would drag the crowds. Its a bit of both. We never really sit and plan like this will be cool riff-wise. It doesnt work like that. But luckily, were very fortunate that it works out, it starts to come out naturally. Were very happy about this.

WTS: So what have you been listening to lately? Are there any current bands that you are fans of?

RM: Yeah, for me it depends on my mood. I listen to metal all the time. Ive been listening to experimental bands and Im a progressive metal fan. Also old bands like Camel and Rush. I listen to these bands all the time. Sometimes Im in the mood to listen to some brutal, extreme stuff. Of the newer bands I really like The Faceless, theyre a really cool band. Ive been listening to this new band called The Haarp Machine and these guys are killer! Really cool technical, progressive stuff. Really depends on my mood, I dont really have a playlist all the time. It changesI was just listening to Slayer couple of hours ago – totally random!

WTS: It was great chatting with you Rami. Thank you for your time!

RM: No problem! My pleasure. Thanks for your time. Ive actually seen quite a few articles on Whats the Scene? Were really looking forward to playing in India soon. Its been a while since weve come back to India and we love the fans there. The crowds interact with us really well, we feel like were neighbours and feel connected in a way. All our past experiences in India were great so really looking forward to it!