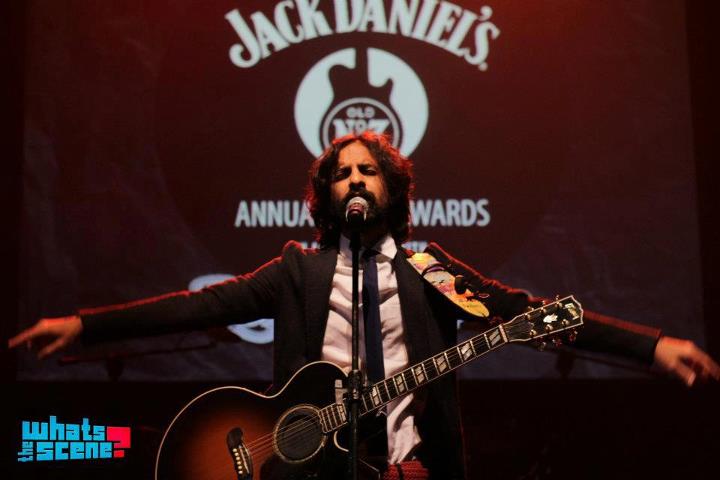 Time check – it was 18 o clock. Was I going to make it on time for the JD rock awards?  At around 7-ish as I was zooming on the highway, I was mentally preparing myself for what the entire evening was going to be like. I got to the venue at sharp 7:30 and was mighty pleased to see that the entrance was nicely decked up with sweet signage complete with a desk of folks from Rolling Stones magazine/JD to check invites and sort out the invitees. They had setup a neat-looking JD/Rolling Stones magazine backdrop for photo-ops with a dozen photographers trying to squeeze out glamour shots for their respective publications. It all looked a lot like an elite fashion event. 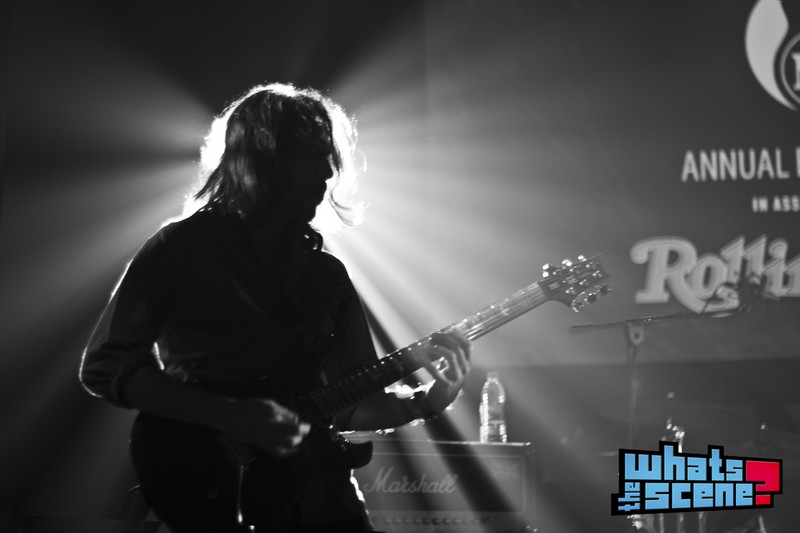 This was the first time that I had entered this stage at Mehboob Studios and as I later found out this was the first time they were doing a live music event at this particular studio. It was huge with an incredibly high ceiling and the minute I got in, I was immediately enveloped by the smell of expensive alcohol and the sound of general last-minute sound check noises. I got in just in time to hear Luke Kenny start to rev up the crowd to get the Rock Awards going after introducing himself as the host. The turnout for the rock awards was modest at first but the place got crowded later, not uncomfortably so at any point. Furthermore, the place had long bars on both sides serving unlimited JD on the house!

Sky Rabbit or the erstwhile Medusa played a tight set of their tracks in spite of the odd sounding PA mix which I would largely attribute to the high ceiling and room in general. The Sky Rabbit sound, if I were to describe it from the few songs I heard them do in that particular setting, was a mix of post-punk and electronica, which for some might be pretty reminiscent of early Coldplay. However, it was packed with enough new ideas to still be quite distinct sounding. 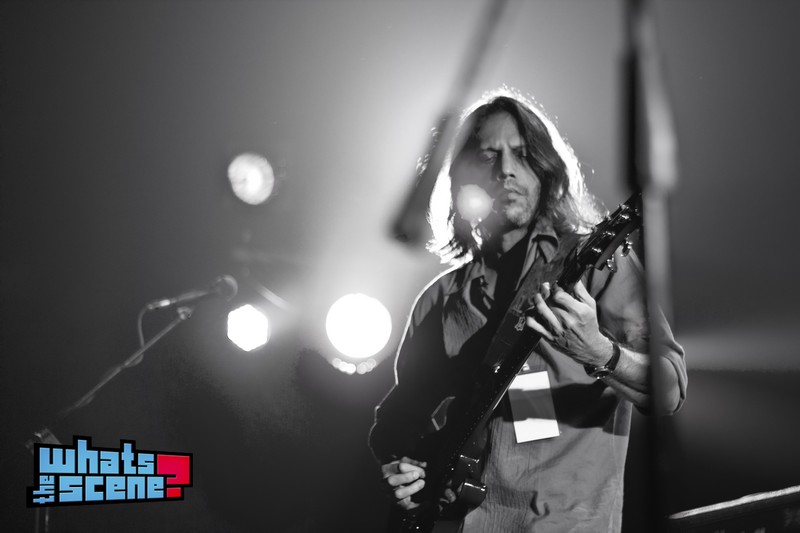 Indus Creed was up next and they played a long set. I liked quite a few of their songs, but I certainly would want to hear the album that’s coming out soon so I can listen to them without having to put up with spectacular room reverb. They were quite energetic on stage, were groovy and had interesting bass lines and harmonic modulation throughout, which I quite love in a band. 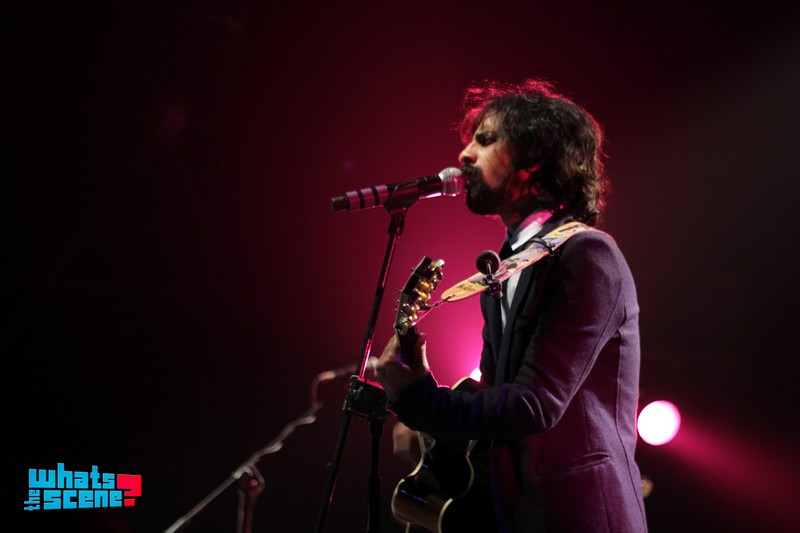 Next up was Ankur and the Ghalat family. Since the first time I heard these guys at Blue Frog when we were all doing a mixed singer-songwriter set, I’ve always liked their downright earthy sound and honest songwriting. Moreover, their sound has always retained its simplicity and has a nice clarity in the way the songs are arranged and the harmonies are brought out. 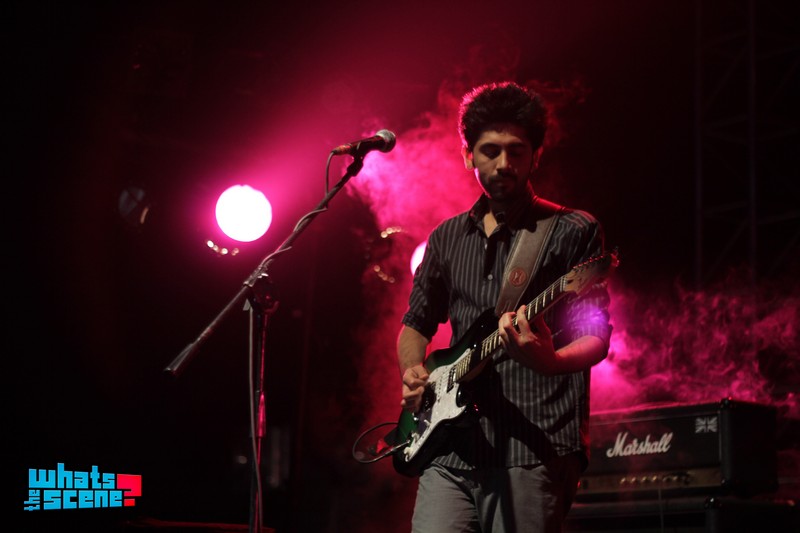 For the most part, I expected this to be a lot like the splendid party thrown by the nice people over at The Blue Frog, a few months ago. Except at the end of it, maybe there would be a good old fashioned fist fight over who deserved to win best award for a three legged drummer. This certainly was at par and done on a much a larger scale apart from being an awards event. However in retrospect, I figure that one of the nicer things about the Bombay music scene is that nearly everybody has played with everybody and shares a healthy mix of camaraderie and the Bohemian spirit of I-don’t-really-f**king-care which leaves little or no place for any kind of angst or I-know-where-you-live type of behaviour. Bombay is certainly a great place to be a musician. 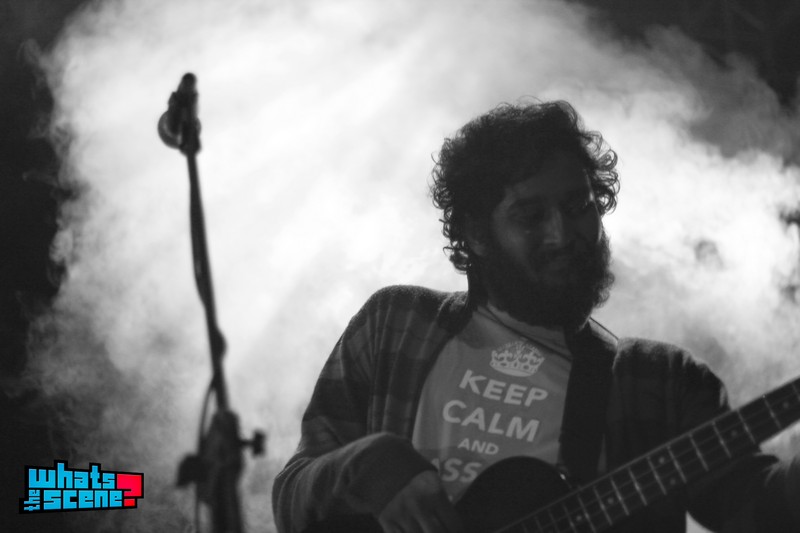 Amongst mixed reactions, knowing nods and downright ‘What the Frankenstein’ reactions the winners for this years JD Rock Awards were announced. Bombay Bassment won Best Emerging Act which I suppose was well deserved. They have acquired quite a following in the past year and their live act is very entertaining. Bassist Ruell Baretto was nominated for Best Bass Player at the last JD Awards and the band was ecstatic when they found out they had won this year. It would be great to see where and how this band evolves and where they go with their sound. Dischordian won the award for Album Art of the Year designed by Hemant Kumar for the album The Feni Farm Riot. Pentagram won several awards some of which were for Best Vocalist, Best Guitarist, Best Video and Best Album. Shiraz and Vishal were pretty much on a marathon to collect the plethora of awards that they picked up.  Best Vocalist (Female) went to Subhadra Kamath from Fire Exit. Best Drummer went to Vibhas Venkatram from Eccentric Pendulum.Stefan Kaye from The Ska Vengers picked up Best Keyboardist.  Best Bassist went to Abhinav Chaudhary from The Circus. Best Producer went to Miti Adhikari for his work on Menwhopause album Easy. Best Venue went to Blue Frog which couldn’t really have gone any other way! A special award for Years of Excellence went to Lou Majaw. 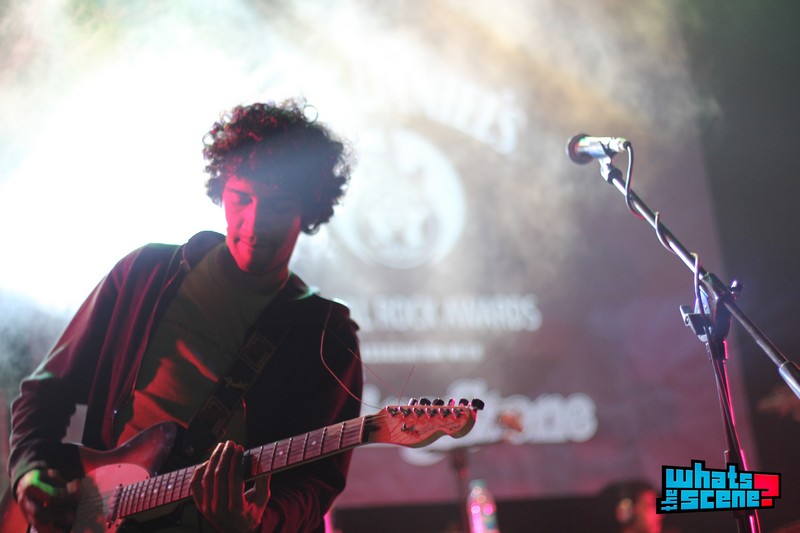 The party continued for quite a while even after the awards were done and host Luke Kenny had signed off. The alcohol kept flowing and people seemed to be having a good time too. The place had a steady influx of a lot of familiar faces from television and movies who didnt really have much to do with the rock awards or rock in particular but certainly contributed to the overall eye candy. I think that purely for the great setup, the copiously flowing alcohol and the abundance of legs, the JD rock awards was certainly a smashing night.