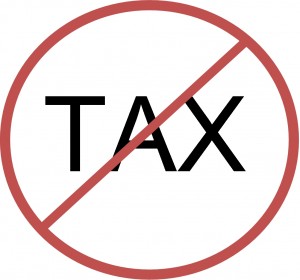 While researching for this article; I began to realize that the situation with regard to musicians in our country differs from state to state, city to city and town to town. I understood this when I was directed by someone to check out a Facebook group that had people who were fighting the cause against entertainment tax, but had partially shifted their focus to “out of work musicians”. I joined their discussion – if you could call it one – with a lawyer who wanted to help out by getting musicians together to help themselves.

He discovered to his dismay that he couldn’t get anyone to come for a meeting to even discuss the formation of an association, amongst other things. He claimed that he shouted himself hoarse and finally decided that he didn’t care about musicians, if they were not prepared to work together. This was in Bombay. It’s quite different in Bangalore where musicians often work together and protest whenever they need to . In fact there are two or three associations and some individuals who are truly sensitive and help whenever it is necessary.

Having said that; I have to say that the lawyer has a point but like most lawyers, has no idea about what goes on in a musicians mind. Musicians are driven by an instinct to play, it doesn’t matter where. It doesn’t always have to be a stage. It could be in amongst some friends, at home, in the bathroom, the streets and out in the open. This the primary force that rules them and some of them couldn’t care less if they get paid or not. Unfortunately, those who understand this, simply exploit them and suck out their dignity. It is therefore imperative that they are protected from themselves and the exploiters by those who are interested in their welfare.

There are three types of musicians, those who teach, those who perform and those who do both. The ones that teach are usually always in work and have a steady income. It is those that only perform that are subjected to all sorts of uncertainties and are taken for a ride by everyone from F&B managers in hotels, restaurant owners, pubs owners, event managers, band managers and the government.

But it is these musicians who provide us with the kind of entertainment that we seek. They are characters that can’t be defined and lead a life of perpetual uncertainty and are exploited by everyone at every stage. It is up to us to protect them from the exploiters and themselves, because eventually the strain and stress gets to them and they often end up in the rehabs trying to get rid of some serious addiction instead of playing music.

The average listeners have no idea about what happens behind the scenes when they watch a band perform. Their general belief is that these guys are having a good time which is true to an extent, but what they do not know is how much time the band spent in rehearsals, getting the gig, mixing the sound, transporting the equipment, packing the equipment and finally trying to squeeze the money out the employer who will come out with all sorts of excuses, demand all sorts of signatures and invoices and cut 20% of the fees for tax.

Some of us are questioning the demand that is being made by the government for entertainment tax, which varies from state to state. This tax which has already been enforced is quite substantial and figures when any event related to music is held and some of it is passed on to the musicians. Apart from the three types of musicians I have mentioned below there are also the week end musicians who maybe perform thirty times a year and make pittance after tax cuts. In the long and short term, the budding music industry in our country is being seriously affected. Organizers, individuals, sponsors and musicians, all think twice before they embark on a show bearing in mind the hefty tax that they will have out shell out, even if the money is going to a charity.

It is important for all the musicians in our country to get together and form a union to address issues that can seriously affect their careers and quality of music. In the future we should also respect copy right laws for our own survival. At the moment, most musicians in our country blatantly play covers without paying anything to the composer. This does not happen in places like the UK, where even Pub owners pass on royalties to the composers. If we want to be part of the international community of musicians, we should respect the time tested standards and abide by them.