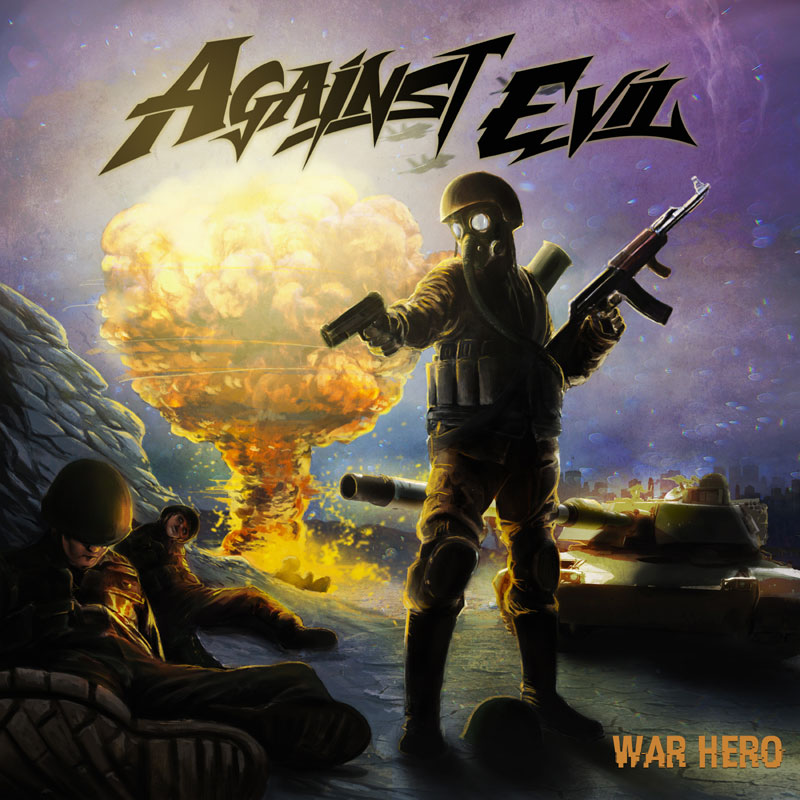 WTS NewsWTS News
Born from the ashes of the hard rock cover band Echoes in Vishakapatnam, the brand new band Against Evil put together by band members Shasank (Guitars), Sravan (Guitars/Vocals), Siri Sri (Bass/Vocals) and Noble John (Drums), is focused on making a mark in the Indian metal scene by performing their own style of heavy metal music across the country.
The band has releasing their first single titled ‘War Hero’ which can be streamed here. Speaking about the single, guitarist Shasank commented, “This song reminds us of a battlefield where the soldiers have to stand up and fight their own fears to destroy the enemy. It’s in your face kind of Heavy Metal – Louder than the War Itself!“