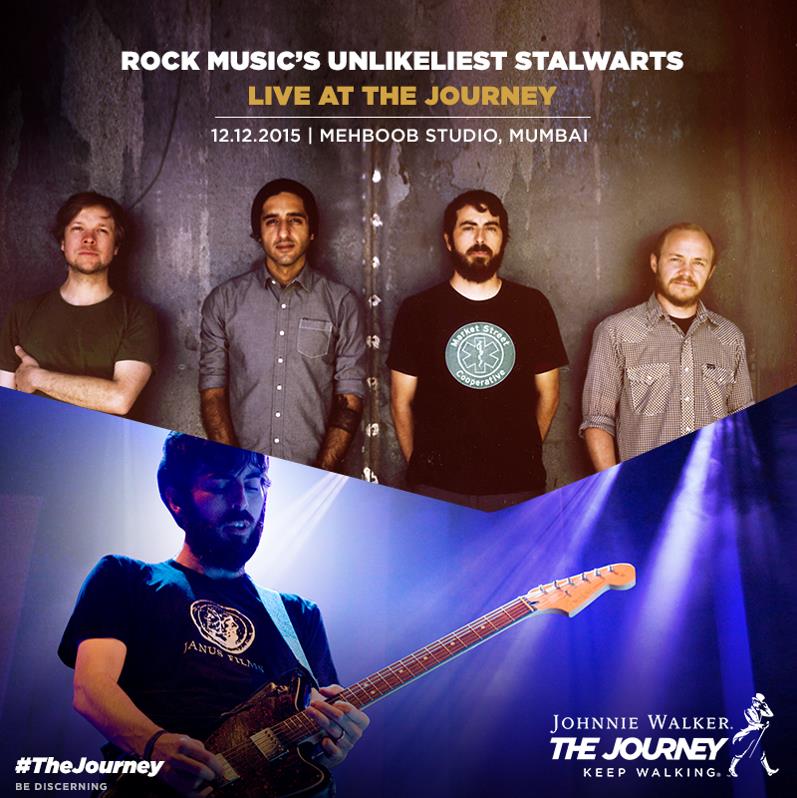 Be a part of Johnnie Walker The Journey 2015, which promises to be bigger and better than the previous two editions. This year features acclaimed international artists from the fields of music, film and theatre performing in India for the first time. Have the experience of a lifetime as you not only witness their live performances but also get the rare opportunity to hear them describe their journeys so far in exclusive talk sessions.

Explosions In The Sky- The worlds greatest instrumental rock band whose soul-stirring tunes have featured in Hollywood blockbusters and popular TV shows.

LEO- A mind-bending theatre act that defies the law of gravity. Awarded the best of Edinburgh Fringe Festival, this show is raved about by the audiences of 40 countries worldwide.

Stevan Riley- The British film director whose film Listen To Me Marlon debuted as the official selection at the Sundance Film Festival 2015.