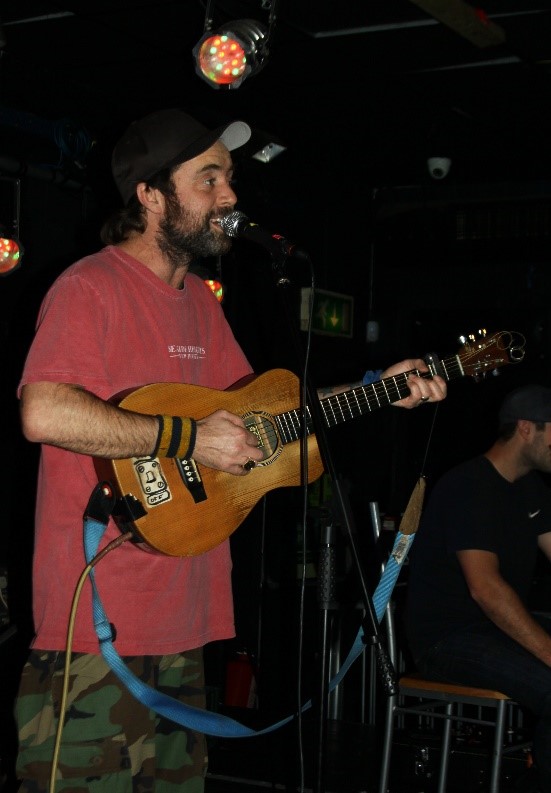 As boys who love a good punk gig, were used to a crowd brimming with nervous energy, waiting for the first note to start jumping like someone put Flubber on a poor rabbits feet. The atmosphere around the Bullingon when we arrived, however, was very subdued. A casual milling is the best way to characterise everyone in the bar: audience, barman, musicians. No black eyes and shooting arm pains for us the day after 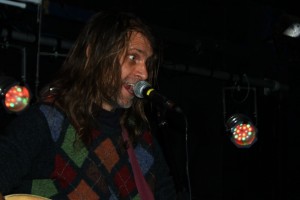 Truckstop Honeymoon ambled onto the stage, almost instantly creating a connection with the audience through their warm manner. This Kansas-based duo played a by-the-numbers country style of music, but regularly switched it up with more rockabilly sections. The harmonies throughout the set showed a near-perfect complimenting from each to the other, particularly showcased through excellent. They also enjoyed playing with the typical lyrical formula: ‘My Bad Attitude’ was an excellently put together country-style reluctant love song to that bit of our personalities that takes a shot too many. The song content in general was honest and genuine, with content including bars in Oklahoma and a thank-you song to neighbours in New Orleans that they were separated from after Hurricane Katrina.

The important part of Truckstop Honeymoon, however, was their attitude to the show. The engagement with the audience both through their music and between songs was wonderful  they regaled us with self-deprecating, intimate anecdotes as if everybody there was a dear friend. A brilliantly humble and gentle duo that produced an excellent (if formulaic) set of country/rockabilly music. 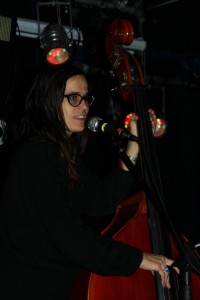 By the time Beans on Toasts set had come around, the crowd had swollen to around 120 people. He ascends to the stage, with his trademark bare feet and gruff voice. His look is one that makes it seem like he just rolled out of bed, but this is far from negative: his endearing manner makes it seem like we were the reason he even woke up. He jumps straight into the music, with songs about the war on terror and KFC showcasing the mindset of a punk in a folk singers body. Not more to say there isnt a softer side to this perpetually shaggy singer: more than one song is an expression of love for his wife, or a call for more love all round. The sedentary pace of the songs is one for foot-tapping and head nodding, but someone didnt tell a small group at centre stage who were dancing for each and every one. 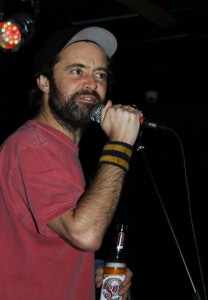 Beans on Toast surveying the crowd

Analysing the music on its own is only really half the story of Beans on Toast. He has a mediocre voice and a simple 3-chord formula, singing on his ideas about politics and the world in general. Match this with the deeply genuine and self-deprecating man that was before us, and it all clicks together. His songs about the less rosy but still affectionate side of love (‘MDMAmazing‘) and his questionable solutions for the world (‘Robin Hood’), his odd shuffle across the stage that he refers to as dancing, his passing of a bottle of whisky around the crowd Beans on Toast is a live act that feels like a conversation with a mate turned into a folk musical. Typifying his style, he wandered his way into the centre of the rapt Bullingdon crowd and played a few songs there, even getting the audience to sit on the floor through a gravelly croon about a traffic jam. To further increase his connection, Beans on Toast admitted to not having a setlist: he played what he thought would fit and accepted more than one yelled-out suggestion from the audience. As a whole, the enjoyment of the gig didnt necessarily come from musical prowess, or a heart-wrenching ballad that had an audience in tears. It came from the creation of a community around an amiable, honest and enigmatic centre that was Beans on Toast.