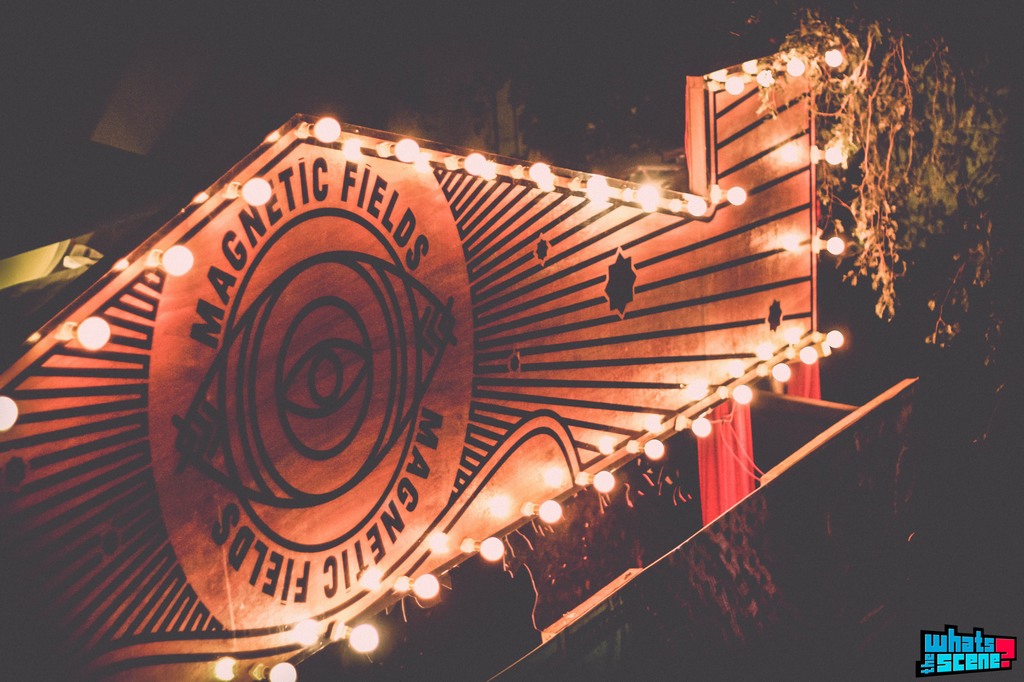 A magnificent desert palace full of colourful people bathed in moonlight dancing to mesmerizing music. Sounds like a scene right from Aladdin right? This was the general sight at the Magnetic Fields Festival that took place at the Alsisar Mahal in Alsisar, Rajasthan.

Set over a period of 3 days to commemorate the meeting of the Bedouin tribes and the Royals of Rajasthan, this was a music and adventure laden retreat far away from civilization. 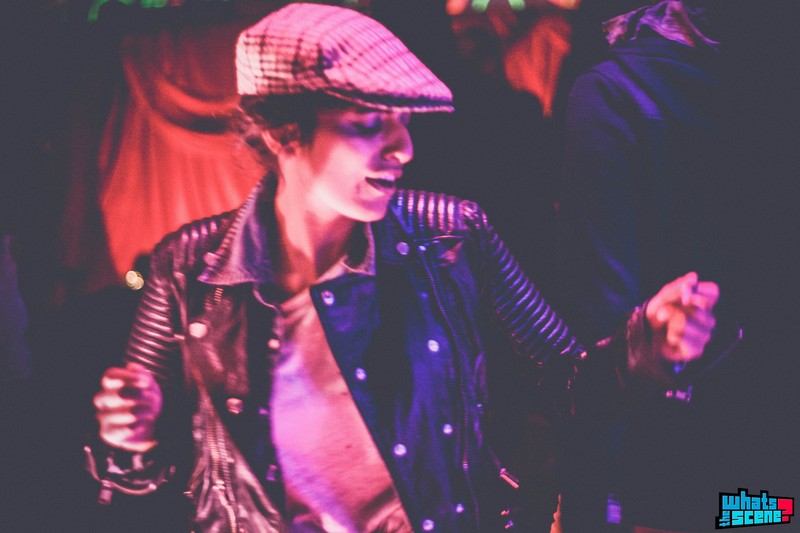 I cant jump straight to the music here as the Magnetic Fields Festival was so much more than your average music festival. Well first off – location, location, location. Alsisar itself is a town that reeks of mystery the moment you enter. Crumbling minarets and arches can be found even in the  tiny alleys that split away from the main road that leads to town. 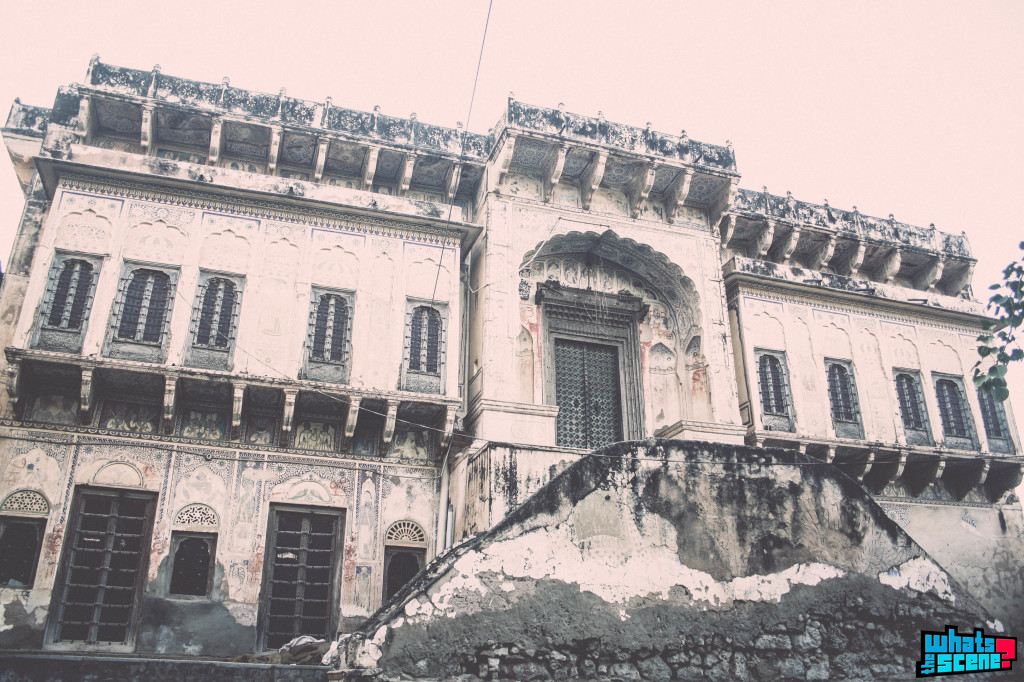 The festival took place at the haveli, a majestic 17th century palace that has been renovated and is now a hotel. Getting there was not easy, given the distance from Jaipur, bad roads and the existence of another town nearby called Malsisar, which led to some confusion. 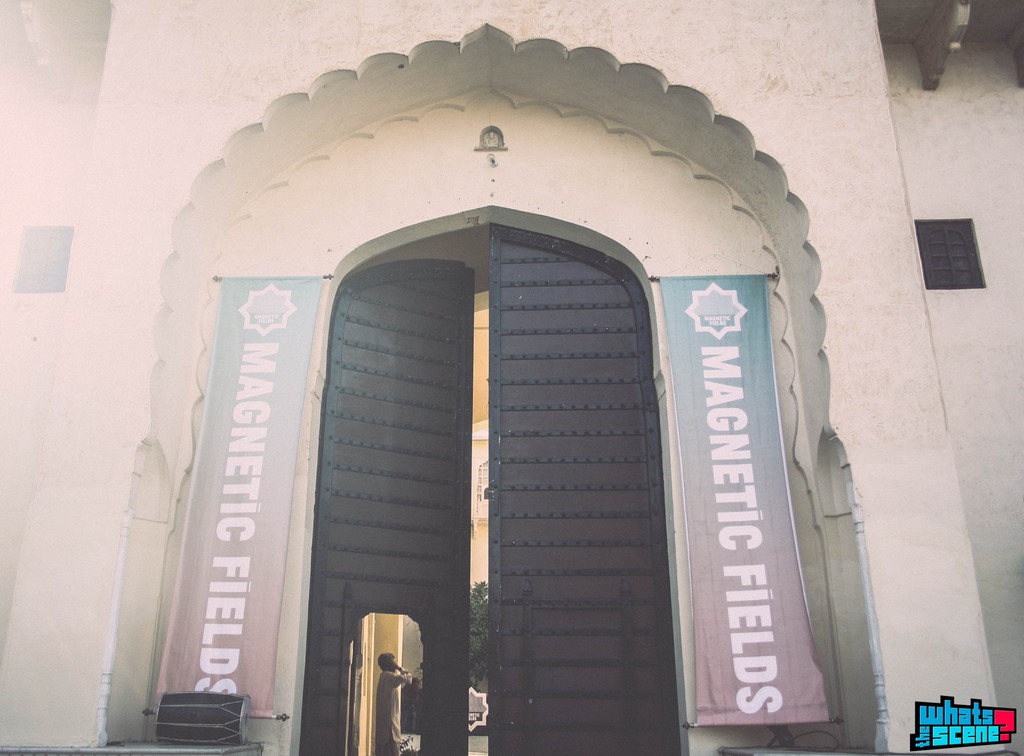 However all my worries were dispelled the moment I saw the palace gate looming ahead. I think I spent the next few hours just exploring the place, finding balconies and terraces which I probably wasnt supposed to, wondering about the people who wandered these halls a hundred years before me. 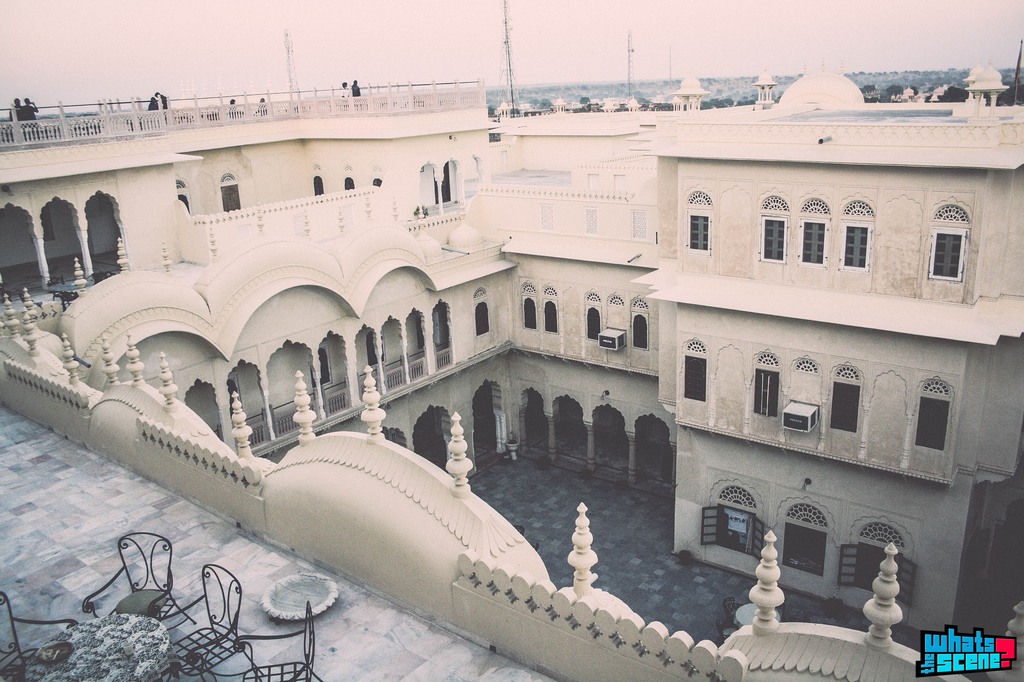 With the first act for the day at the South (Day) stage slated to begin only at 7 pm, I had plenty of time. This was actually a great move by the organizers as this ensured that even people who were arriving late in the evening would catch the first act of the festival, which is usually the one that sees the smallest audience. Besides this festival had performances that would last right into the wee hours of the morning. On arrival everyone was handed a guidebook with a lot of useful information as well as the first clue to the festivals Treasure Hunt. More on that later. 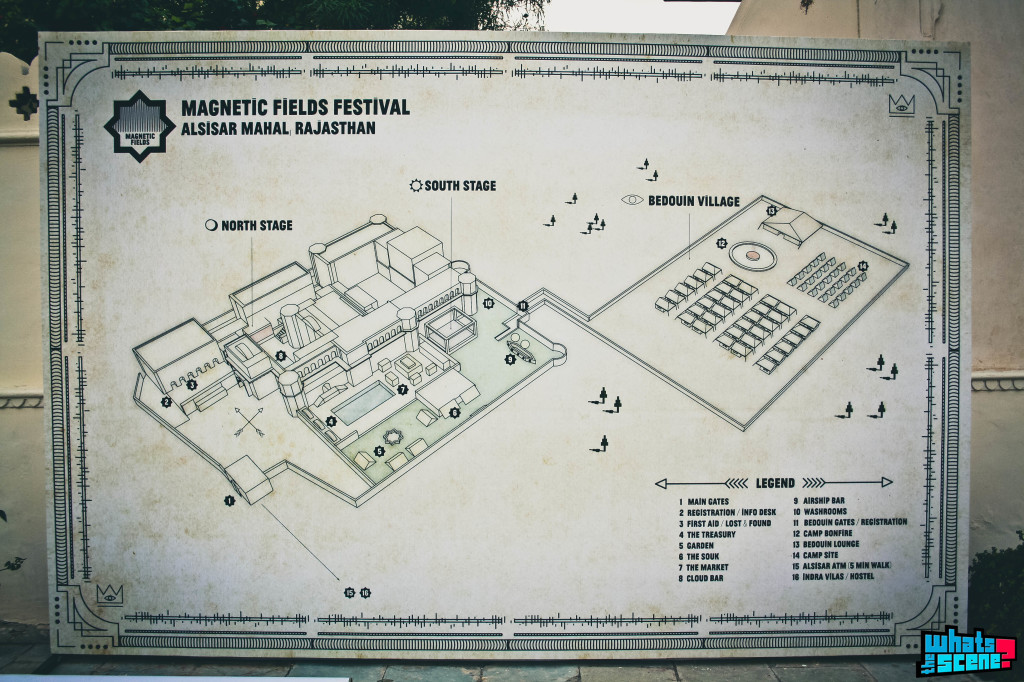 Pippin, the first act for the day at the South Stage went up at 7pm as planned.  He started off with a few tracks featuring modulated vocals on slow and easy beats. Post-dubstep and future garage may yet be unheard of in India but Pippin showed folks there exactly what it was. He ended his set with a remix of Javed Jaffreys song I am Mumbhai, which elicited a few yells of recognition from the crowd. 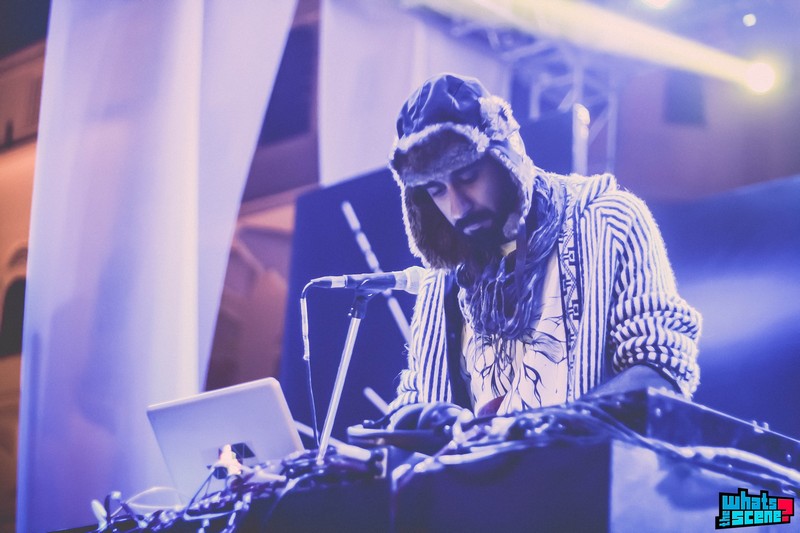 Sandunes, a name apt for the place we were at, took to the stage next with some deft piano work on top of more post dubstep tracks. Sandunes is a Mumbai based electronic music project by Sanaya Ardeshir, also part of Krunk All-stars. 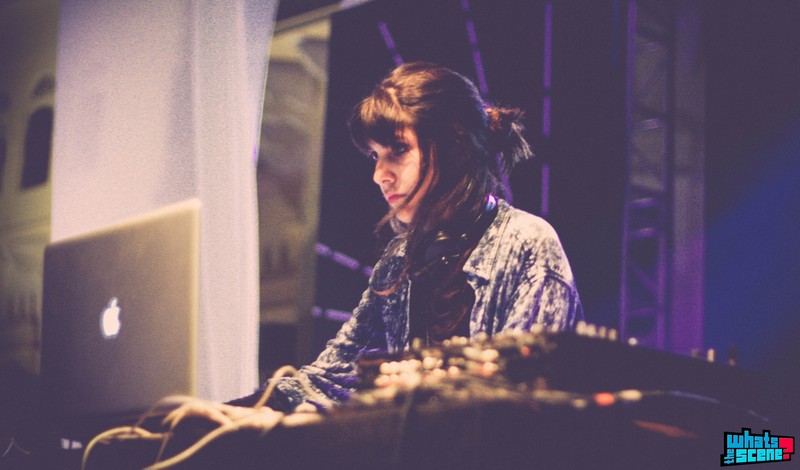 Grain, the solo electronic project of Gaurav Raina, of Midival Punditz fame, featured an ensemble of musicians performing songs  including Karsh Kale (Midival Punditz) and Monica Dogra (Shaair and Func). Some stand out tracks were Strings attached, Not enough and Tunnel. Shadow an eerie sounding track made the palace appear scary suddenly. You know great music when it does change the atmosphere and your perception or something drastically. 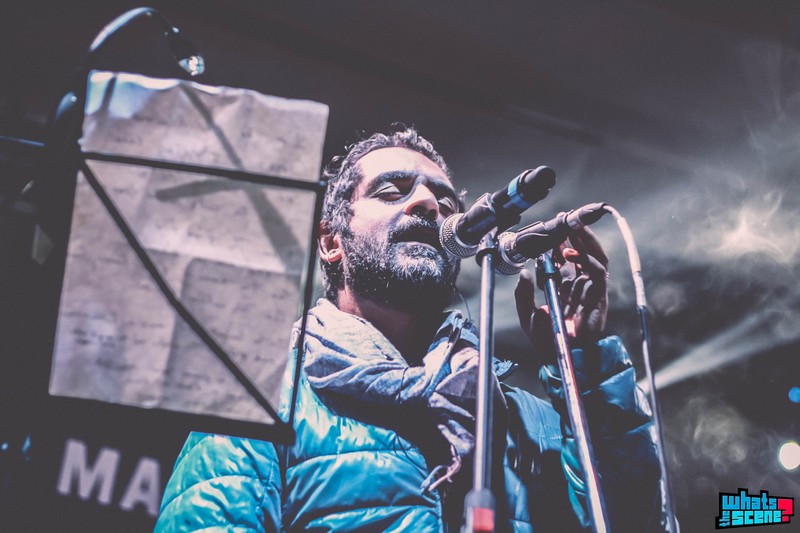 Shaair + Func started off an energy laden set with Beautiful Crime and Everytime youre around. They managed to get most of the crowd on their feet and to come close to the stage. Tall and beautiful singer Monica Dogra gracefully moved to the songs whilst P-man held down the bass end of things. As soon as they ended their set, fireworks exploded in the air above, and a rapt audience watched as some of the embers set fire to a few curtains that hung above the stage. Exciting. 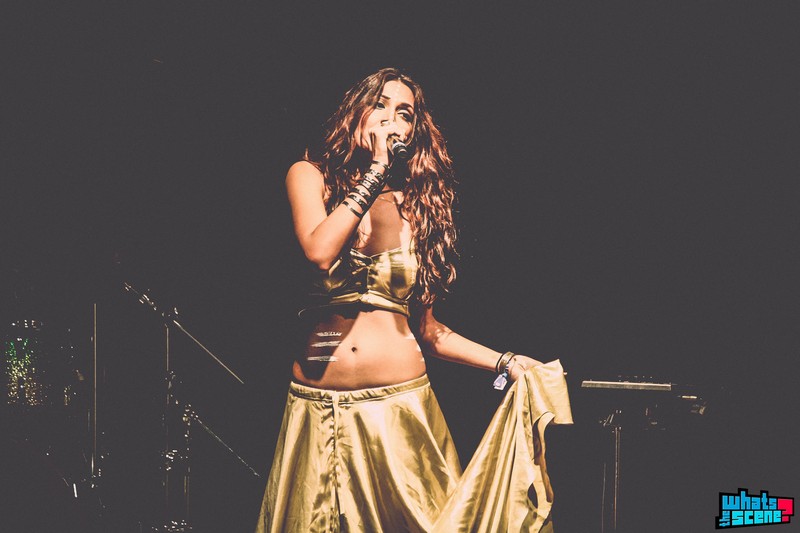 This ended the performances at the South stage for the night, it was 10:30 pm now,  and we all made our way to the North stage, which was a short walk away, past the beautifully lit swimming pool. 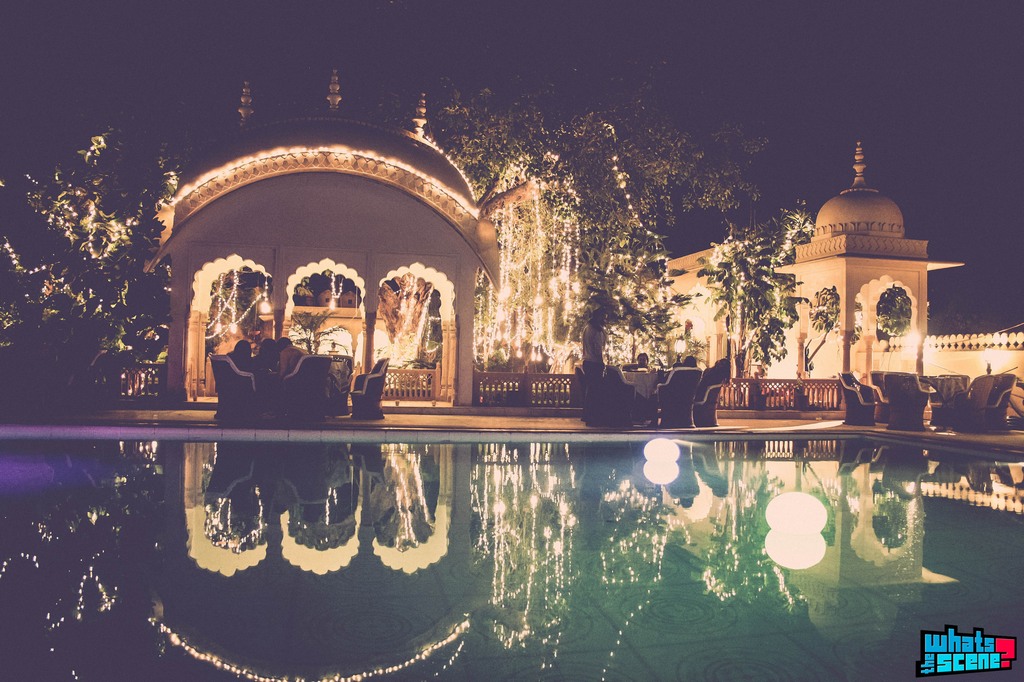 The North Stage was an exclusively electronic music stage for all three days.
First up, Kerry Lewis played us some killer tracks while a puppet dancer performed in and around the crowd and also behind the stage! 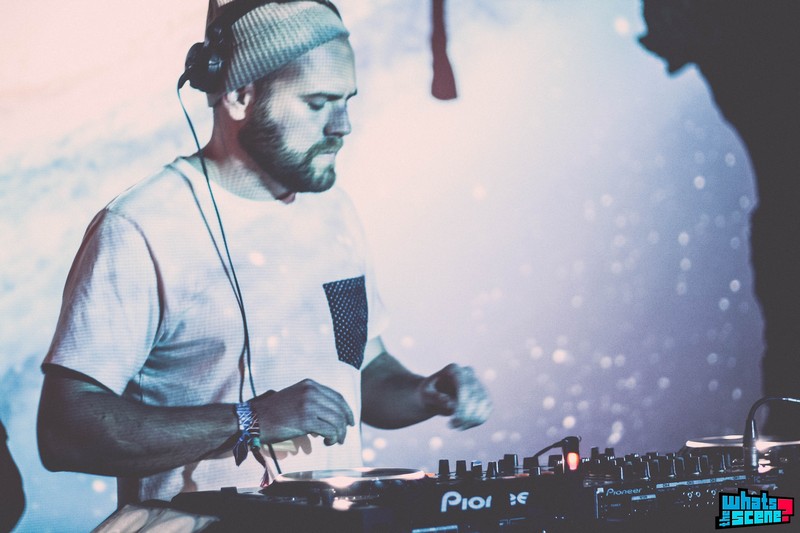 Bay Beat Collective then laid down some great breakbeat/dubstep tracks and almost everyone present was grooving. BLOT!, up next featuring Kohra, brought some techno vibe to the night. 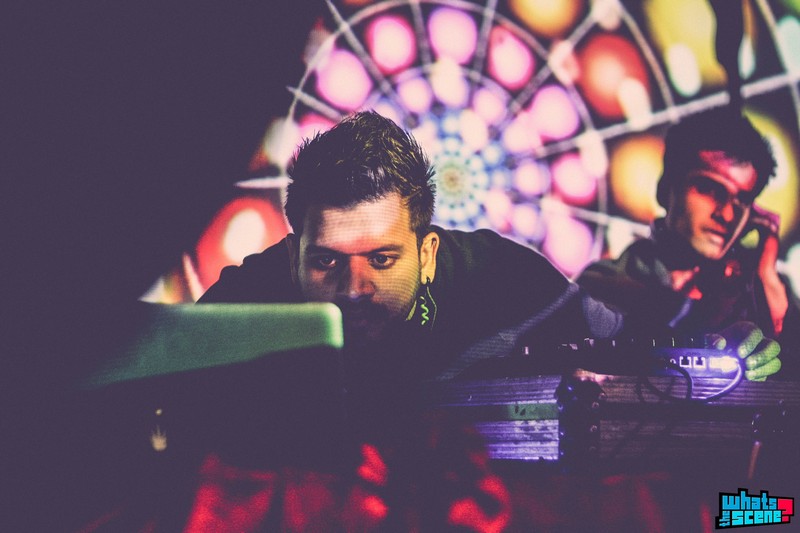 Last up for the night were the Engine Earz, who also had Orifice Vulgatron of the Foreign Beggars, emceeing on the tracks. It was 3 am now but this is what made me snap back to attention. With some amazing heavy dubstep and Vulgatron yelling at us to dance, there was no choice but to obey.  He also did a great acapella rendition of his track Contact. And then he did a stage dive into the crowd, but not before ensuring that they would catch him, and they did. 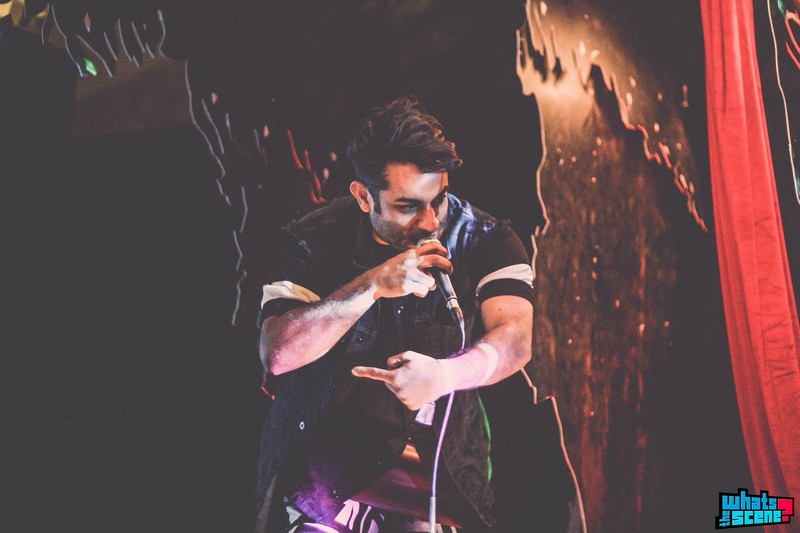 The first secret-set-party of the festival began after this with GRIND performing. This ended Day 1 of the festival and left me very very tired  and so I headed to my sleeping bag, in my tent of course. Stay tuned for Day 2.