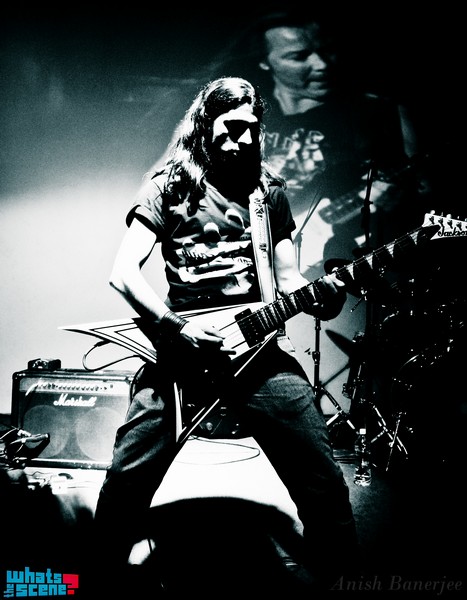 There were a few hiccups before the gig began – Corrode (covering Dark Tranquility/Wintersun), Pushing Tin (covering Jimi Hendrix/The Doors) and Theorized (covering Metallica/Megadeth) pulled out at the very last minute. Shepherd, Djinn & Miskatonic and Dhwesha pitched in and agreed to play even though it was at such short notice. 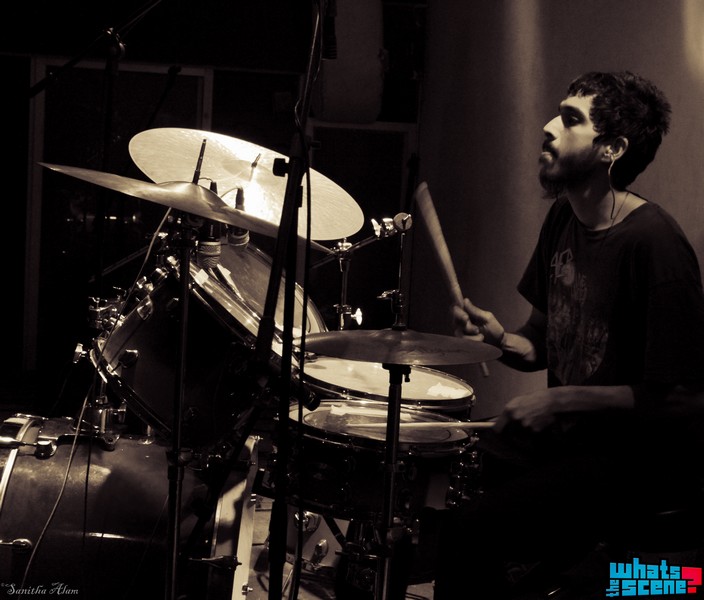 Shepherd was a few minutes into their set when we walked into Kyra. Since we were not familiar with the band due to last minute changes in the line-up, the first couple of minutes were spent trying to figure out what they were called. Though they have a characteristic doom-laden sound, the down-tuned, but heavily distorted lead guitars and the processed, yet abrasive vocals were very much reminiscent of YOB, or even Acid Bath. The throbbing bass was prominent in the mix, and even though most of the tracks lasted a bit over six minutes, the sudden tempo changes surely made for an interesting set. We later found out that this was their very first gig, something that was perhaps evident from the zero interaction the frontman had with the crowd. Shepherd is certainly a band to look forward to in the future, especially for the sludge-like vibe from their sound.

Djinn & Miskatonic was the second band of the three last-minute additions that evening. They have a very interesting and unconventional line-up that consists of a drummer, a bassist and a vocalist (yessir, no lead/rhythm guitars!) D&M’s sound is primarily bass-driven (duh), with the rhythm section playing a tight, but plodding version of traditional doom rock grooves. The vocals range from laboured, almost drone-like sections sung clean, to low-pitched growls. The feel, if we could use the term, is one of horror films of days gone by, to be honest. Their brand of ultra-slow, trudging doom is not everyone’s cup of gin & tonic, and will certainly confuse a metalhead who sticks to the conventional riff-based gloom perpetrated by the likes of Sabbath, Pentagram and Candlemass. 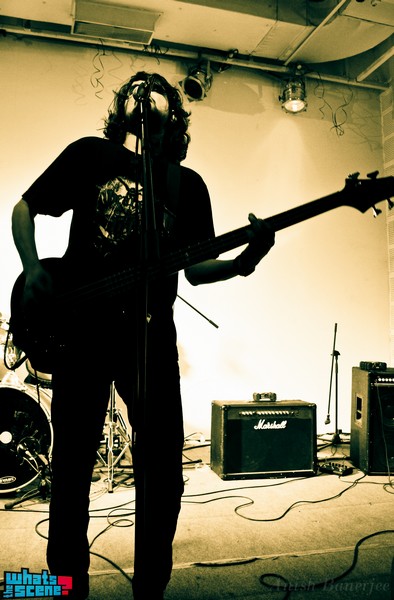 Dhwesha was the third band in queue and put on a great show even though it was only their second live performance and they had little time to practise. They kicked off their set with typical, old school death metal ferocity and ‘Hoy! Sala’ was the first of the original compositions that they played. After enthralling the crowd with ‘Dhwesha’, ‘Ugra Narasimha’ and ‘Yudhabhumi’, they even managed to squeeze in a rousing cover – Bolt Thrower’s ‘Those Once Loyal’. Together with Djinn & Miskatonic and Shepherd they provided an excellent opening for the rest of the bands lined up.

Up next were Gorified, one of the bands from the original line-up. They were paying tribute to Cannibal Corpse and Death, more specifically Chris Barnes of the former and the Chuck Schuldiner of the latter (Schuldiner wasn’t born in December but passed away that month). As is their standard, they got the moshing started in no time giving the crowd a nice, strong dose of their brand of extreme metal. Their brutal onslaught included intense covers – Cannibal Corpse’s ‘A Skull Full of Maggots’ and ‘Stripped, Raped and Strangled’; Death’s ‘Denial of Life’ and Napalm Death’s ‘Scum.’ They ended their savagery with a song from Gani and Charlie’s older project Cremated Souls. 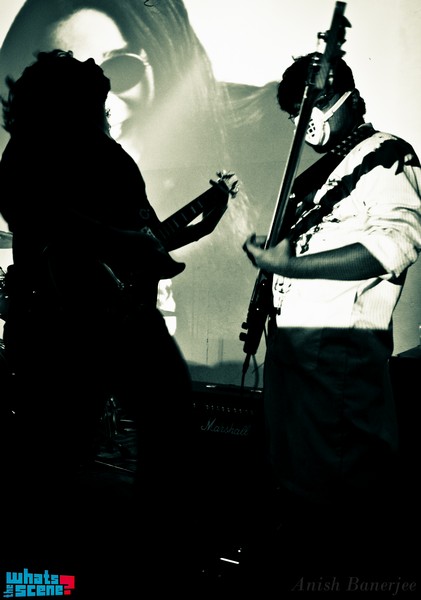 Mumbai’s Albatross were the next band on stage and their set that night was a tribute to Ozzy Osbourne and Randy Rhoads. They took a while to get started and set up but once their set began they were a sheer thrill to watch. The vocalist – Biprorshee Das has a solid set of pipes and terrific stage presence; he was undoubtedly one of the highlights of the night. They started off with classics ‘Bark at the Moon’ and ‘Crazy Train’ and had quite a few people singing along. Switching gears, they played Sabbath much to the crowd’s delight. Following their commendable covers of ‘Sabbath Bloody Sabbath’ and ‘N.I.B.’, they had a surprise for the crowd – Ganesh Krishnaswamy from Bevar Sea joined them for a brilliant rendition of ‘Paranoid’. Reverting back to Ozzy one last time, they played ‘Gets me Thru’ and ‘Mr. Crowley’. They had one last cover for the night – Wolf’s ‘Voodoo’ – and did quite a good job of it, especially Biprorshee, who nailed those falsettos with ease. The set ended with ‘In the Court of Kuru’, a song from their debut E.P. 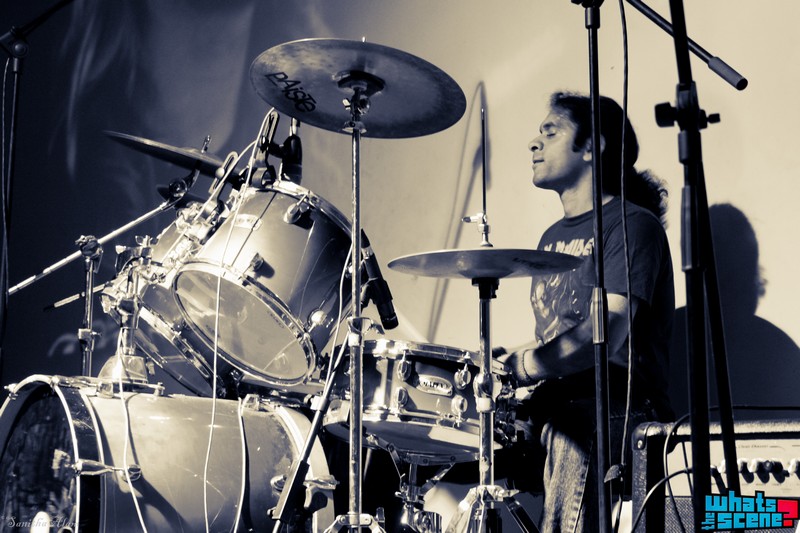 Headliners Kryptos were doing an Iron Maiden tribute set (celebrating Dave Murray’s birthday). Much like a Maiden gig, they had U.F.O’s ‘Doctor, Doctor’ playing on the P.A. before taking stage, something that rather unfortunately went more or less unnoticed by a large chunk of the crowd. They started with ‘Ides of March’ and proceeded to play ‘Wrathchild’ and ‘Killers’ with Ganesh taking over vocal duties the second time that night. Nolan Lewis attempted the formidable task of singing songs from Dickinson-era Maiden and did quite a good job with ‘Children of the Damned’ and ‘Flight of Icarus’. Biprorshee joined Kryptos for a phenomenal cover of ‘The Trooper’, and everyone in the crowd was chanting along fervently with the band. Ganesh was back on stage once more to round up the set with ‘Running Free’ and ‘Iron Maiden’. Kryptos were hands down the best set/performance of the night. They were also the only band to play only covers that night (Pillbox 666 doesn’t count given that they’re a cover band). 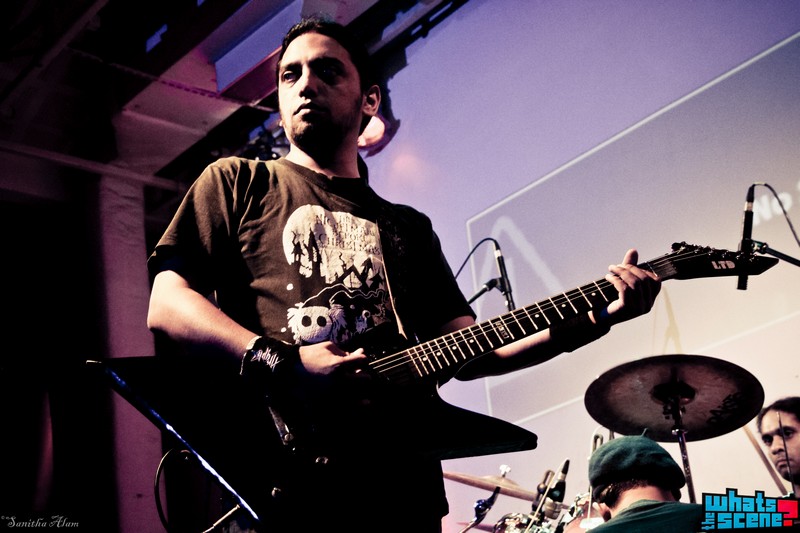 The last act of the night, Pillbox 666, took to the stage to a reduced and slightly sluggish crowd. Their set was a tribute to the mighty Lemmy from Motorhead and Teutonic thrash legends Kreator (Mille Petrozza), though the original billing had them doing a Rolling Stone tribute too. Vikram Bhat, the vocalist, couldn’t make it and the vocal duties were taken over by Ganesh and Bharad Ravi (ex-Culminant). The first half of their set comprised of Motorhead covers, Ganesh pulling of an uncannily good impression of Lemmy, playing ‘The Chase is Better than the Catch’, ‘Killed by Death’, ‘Iron Fist’ and ‘Going to Brazil’ before handing over the reins to Bharad who closed the Motorhead set with ‘Overkill’. The next half – the Kreator tribute set – was equally fun to watch (more so since the songs were from Kreator’s first two albums) with them performing badass covers of ‘Under the Guillotine’, ‘Son of Evil’, ‘Total Death’ and ‘Tormentor’.

Despite the last minute changes in the line-up and the fact that almost half of the bands ended up performing original material instead of covers, the good turnout and the nostalgia associated with some of the artists that were being paid tribute to, made sure the audience had a good time. Given how city-centric the metal acts in our scene are, it was a refreshing change to see a band like Albatross to come over all the way from Mumbai to play here. Certainly something everyone would like to see more of in the days to come. No milk and cookies here for Mr. Claus though, beer and cigarettes are more rock n’ roll! Bet Lemmy would agree.