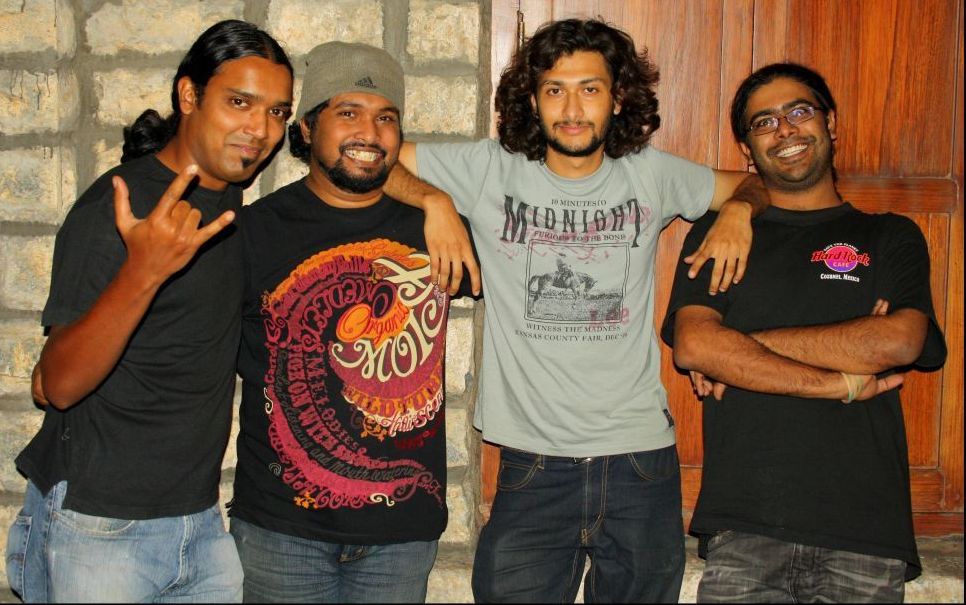 Galeej Gurus is a band of talented guys, all fluent in the same universal language – music. The fresh sound of such a union has, naturally, made many people sit up and take notice; and has resulted in widespread recognition and a string of awards from across the country. WTS got talking to band members Nathan Lee Harris (vocals), Naveen Thomas (guitars), Matthew Harris (bass) , Ananth Menon (guitars) and Kishan Balaji (drums) and here’s what they had to say about the band, their music and more…

WTS: How long have you guys been playing together and how has the journey been so far?

Ananth: It has been ten years; Mathew Nathan and I started the band in college, it’s been on and off, many people have come and left. This is a sort of final line up. The journey has been quite fun, we’ve gone to and played at all sorts of places and for all sorts of crowds. It has been a lot of fun!

WTS: Why did you call the band Galeej Gurus?

WTS: How has the band transformed in terms of band members?

Matthew: We had a couple of guys from college in the band when we started out as a college band. But everyone had their careers to take care of, so they moved on, we replaced them. Some guys just couldn’t deal with the pressures of practice, wanted something else, or just wanted to do something more serious, so they went ahead with it. We changed a lot of guys. I think this is the final line up that we have.

Naveen: The current line-up has been together since 2007. Kishan was the last to join. I joined the band a couple of years ago before Kishan did. The rest of the line-up has been exactly the same. The actual core of the band that was formed was Mathew, Nathan and Ananth. I joined in the end of 2004 and Kishan joined in 2007.I kept bumping into these guys even before I went to Chennai to study. I wasn’t playing music at that point of time, but I knew these guys. 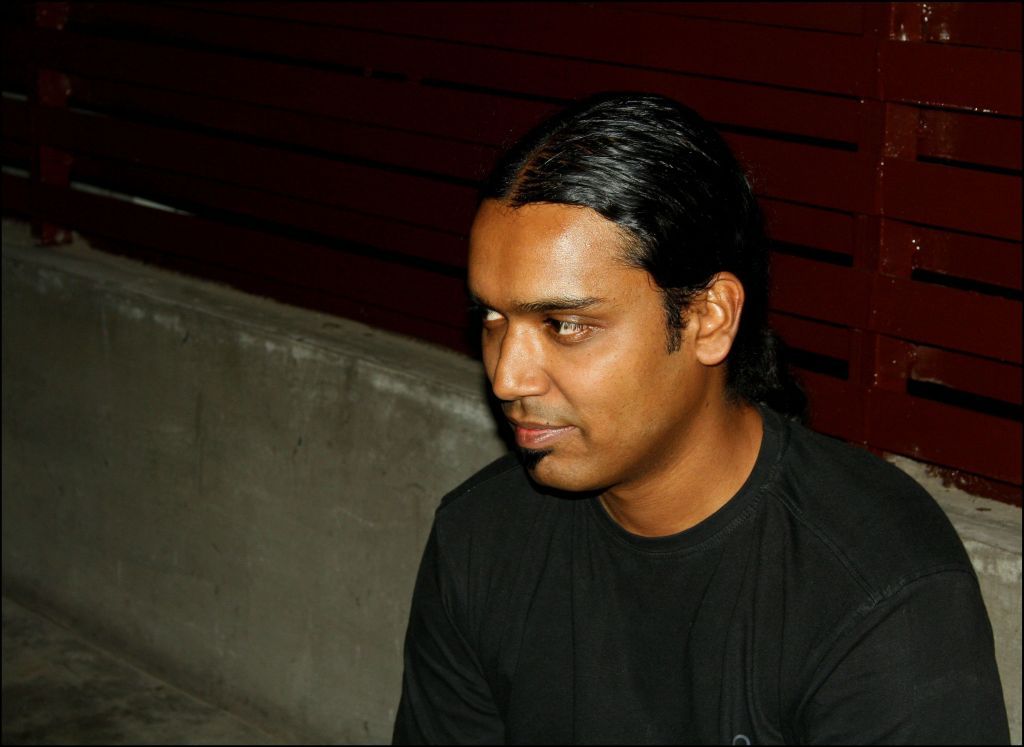 WTS: How do you approach your songwriting process? Tell us about your lyrics, the themes/concepts etc. Where do you draw influences from?

Ananth: Things that happen in your daily life, how day to day things will affect you, of course some love and hate, how we interact with the world, I suppose.

WTS: Could you briefly describe the music-making process?

Naveen: We sit outside and chat for a very long time, not about the song at all. We get in and then we come up with some ideas, it could be somebody coming up with a groove or a riff, and then we try to put something around it. This actually works for you or sometimes against you. We start with a lot of ideas, a lot of stuff remains half finished, and they are slotted as half finished. It’s just the ones that we take and polish up, which becomes a song. 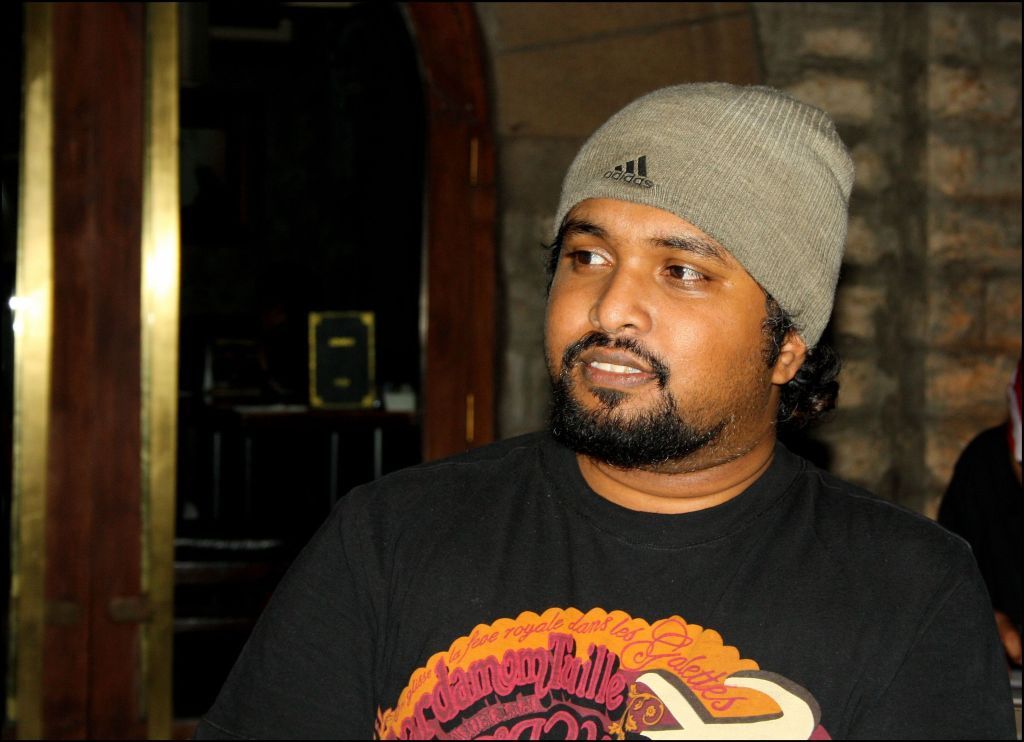 Naveen: We practice at different time slots. It all boils down to how we can shuffle the commitments around. There isn’t a clear cut time for practice.

WTS: Do you have a set time each week in which you practice or are rehearsals more spontaneous?

Ananth: Oh no no, it has to be set, we have too many things going on in our lives, its needs to be set.

WTS: Do you believe that being in a band is equivalent to being in a relationship or do you think it’s okay for band members to play with other bands once in a while?

Naveen: It’s definitely a relationship. It’s like friendship. Just because I’m a friend of somebody doesn’t mean that I won’t be friends with somebody else. Our level of commitment to various friendships are different. I think that’s how you play music as well. 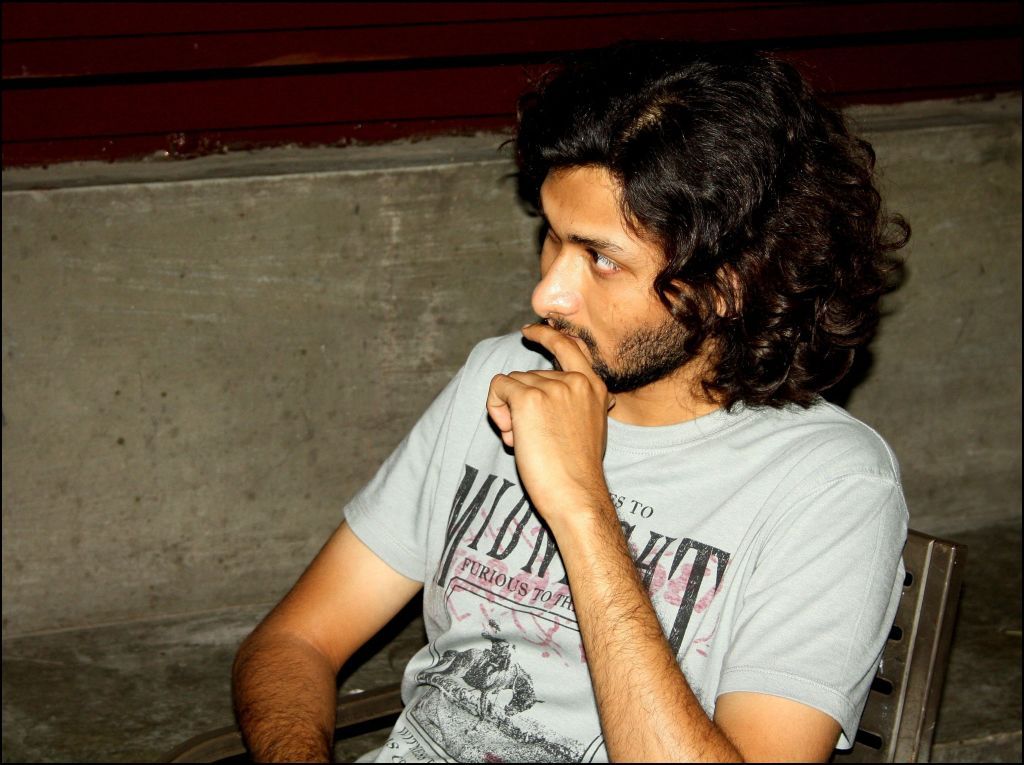 WTS: Do you believe in the concept of “band leaders”? Or do you think each member is an important and equal asset?

Ananth: When you’re writing a song everyone’s equal. But I think every band needs a face. You need a face up there. That’s why Nathan stopped playing the drums. I think it’s important that every band has a frontman.

WTS: How do you deal with creative differences and stick together?

Ananth: You sort the problem amongst yourselves, there’s nothing else you can do. If you let it hang up your music, it’s not going to get anywhere.

Naveen: I definitely believe that problems happen and at some point of time you must let it be. The time that we travel serves as a great bonding time. I think we do a lot of talking there, communication is very important. There’s a point when you go sit and say, “I think something’s really not working here, how can we sort that out?”

Naveen: But the key thing is, everything normally gets a lot less complex when you go up on stage. Because just that vibe of playing music together sorts it out. I think that’s the coolest thing about playing music. It’s like when you work on a project, there’ a little bond that’s formed among the team members. All the differences get forgotten. It’s the same with music. 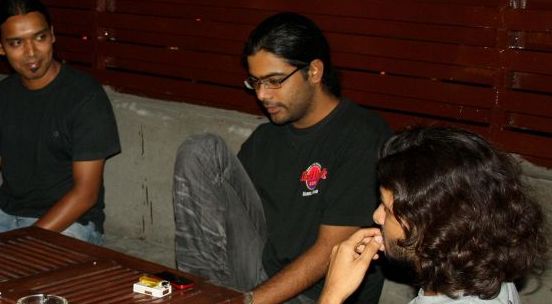 WTS: If you guys were to describe yourself in simple words, what would you say?

Ananth: I don’t think I would, I wouldn’t tell anybody. I tell them come for our gig, we’re playing and stuff. That’s pretty much what I do. I don’t like telling people what the band is about, you should decide for yourself. I prefer people coming. Fun loving rockers, is what I’d call us!

Naveen: I think the cool thing about the band is when we play on stage it’s just about having fun, you feel that vibe, and there’s a lot more energy with the band. I would normally tell people if you really want to know what the band is about, come for the gig. And then you can form the opinion that you want about the band.

Naveen: Whenever you’re around for some time, everyone has something to say about you. I think it’s a good thing, that means you’re worth talking about. I like that. I don’t even care what people say, because as long as they are talking about me its fine!