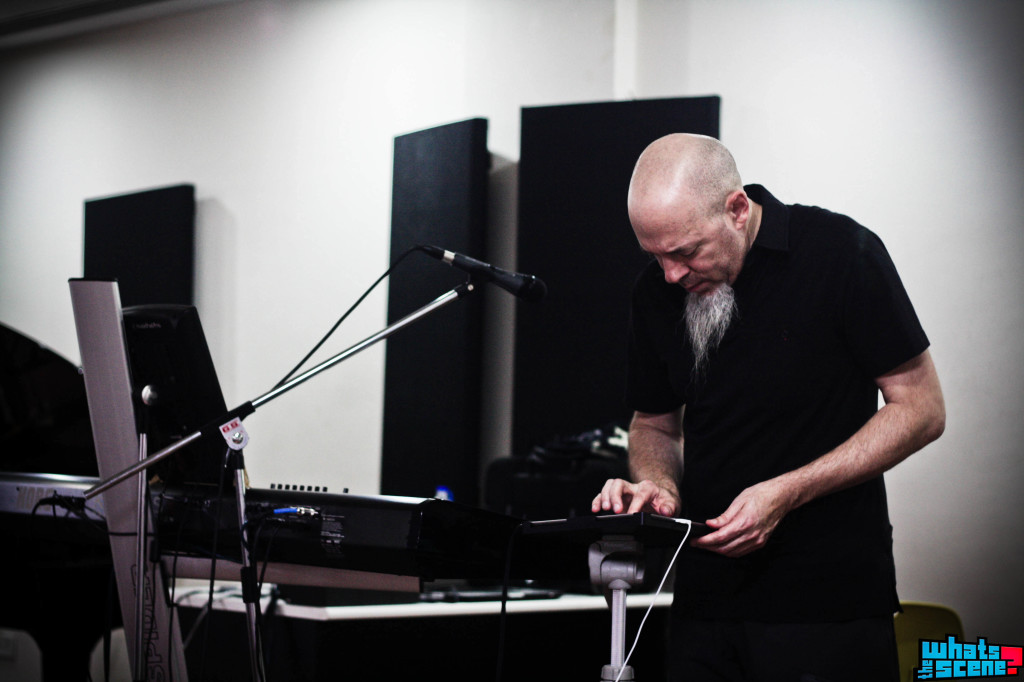 Jordan Rudess has had a busy few months. After an extensive 14-month tour with his band, the keyboardist and one-half of the primary songwriting force behind Progressive Metal act Dream Theater was in Chennai for a week-long residency programme with the Diploma students at Swarnabhoomi Academy of Music (SAM), which ended with a two-day workshop titled Connecting The Dots  where he joined Prasanna (guitarist and President of SAM) to talk about music education, entrepreneurship and innovation in sound.

Its not every day (or every year even) that someone from a band as big and constantly on the road as Dream Theater comes down here, to a two-year-old music academy to talk to and spend time with young, talented and curious musicians. Even to a curious fan for that matter. As a decade-long fan of Dream Theater, our heads were buzzing with questions  curious about the details and excited at the opportunity. Here are excerpts from an hour-long press conference that turned into a mike-hogging session by yours truly. (Did the other journalists hire you to ask the questions, he ribs me before he gets talking.) 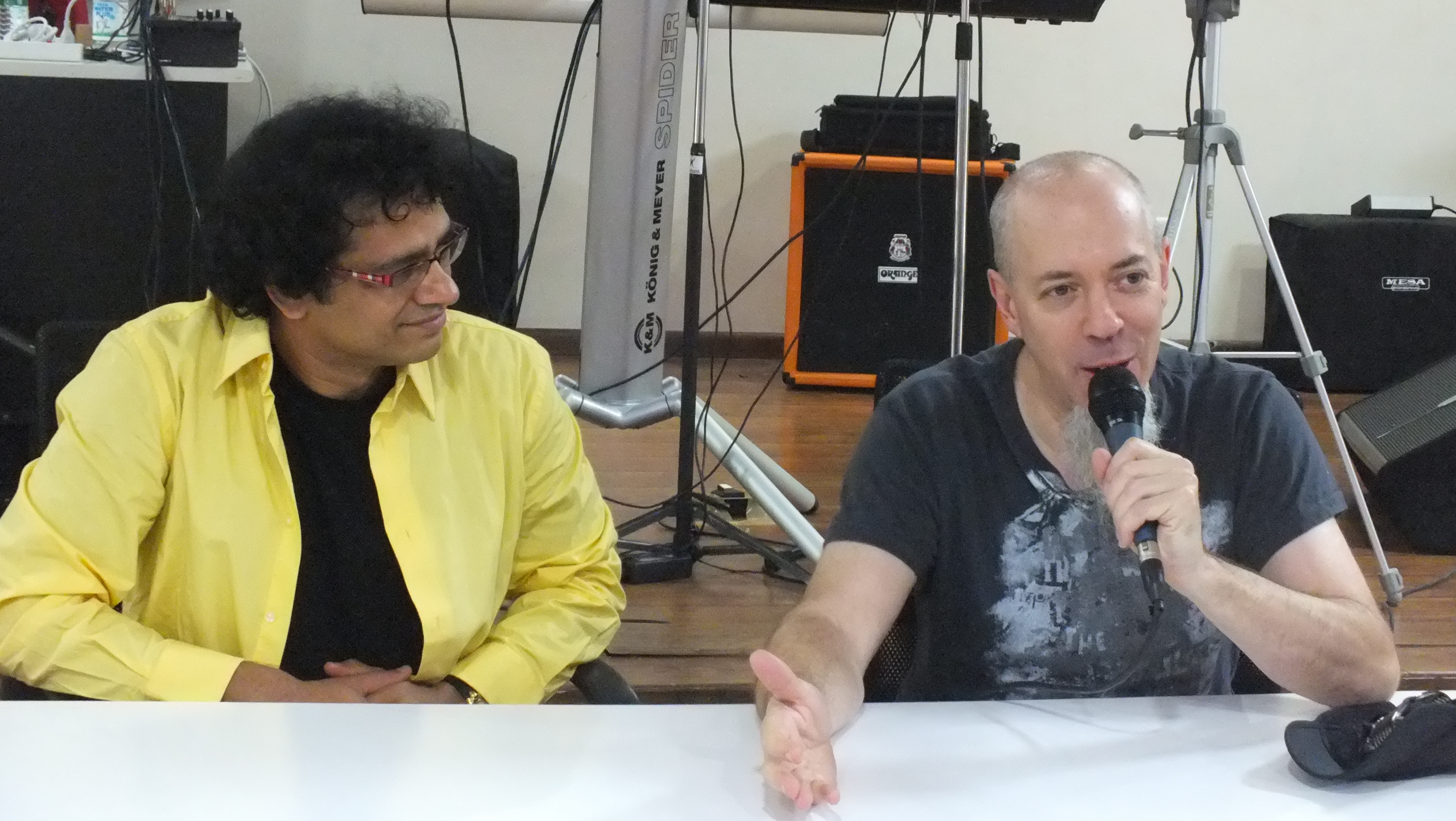 WTS: As a classical-trained pianist who flits across Progressive Rock keys, synthesizers and electronically-produced sound, how important do you think formal training is for a musician?

Rudess: Music is a funny thing. A lot of people think that they can take a shortcut in music. They think they can watch him (pointing at Prasanna) play or watch me play and they think “Oh, its just happening! Its just some kind of magic!” And you know what, it is magic. And the thing we dont maybe like to broadcast (although we do broadcast that in an educational environment) is that it takes work. It takes work no matter what you do in music  even if youre a self-taught songwriter  you need to refine your craft. And spend your time doing it. For me, its about the physical musical instrument; to be able to play the piano, to play the keyboard. It actually takes the skill. It is very much like a sport. You have to spend time at your craft. You have to learn the language of music. In order for me to play the piano, I have to learn the words … for me to communicate it as it happens and to put it all together in a cohesive sentence, the language of music. This takes time and effort and you have to practice. When you take lessons, be it with a guru or you go a music school, you sit all day long and you figure out trying to translate whats in your mind to whats in your hand or on your computer. Its going to take time to put all that together. So, its a myth that music just comes to you out of nowhere.

WTS: How did Mike Portnoys departure affect the other band members?

Rudess: At first when Portnoy decide to leave, it was shocking. Especially since he was the one who hired me into the band. In the end, he has his own reasons. He has his own life. Hes been with Dream Theater much longer. So, his life was obviously going in a totally different direction. And the other people in the group, when he left, couldnt really relate even though we were in the group before, like him. They didnt feel like what he was feeling at all. The main thing when Portnoy left was he created this situation where he wanted to go, but everyone else wanted to create music together. So, what started out like a bit of a bummer actually turned into something really amazing, starting with all these really amazing drummers coming from all around the world to audition for us.

WTS: So how did Mike Mangini land the job?

Rudess: It was an amazing experience for us, auditioning for a new drummer for the band. So then we thought, “okay, so there is life after Portnoy, with all these guys wanting to play with us, the best drummers on the planet!” So, Mike Mangini came in, the first one to audition. He came in, and blew our minds into pieces. We improvised together and it was really, really exceptional. We knew that we were okay. Then he came into the room and its been really good. 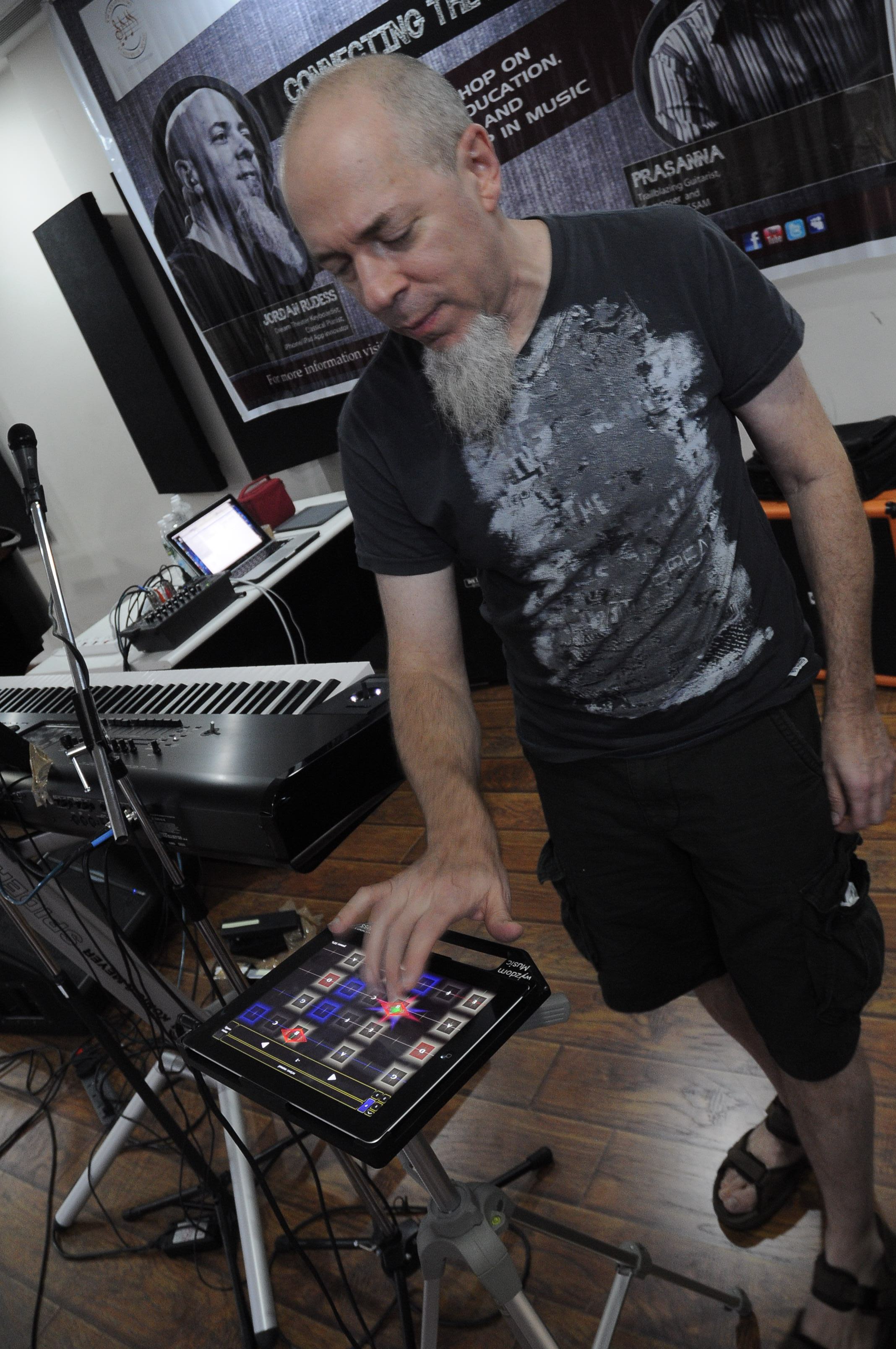 WTS: Did you fear there would be a change in the sound that your fans would know as typically DT?

Rudess: Theres a common misconception that Mike Portnoy is the one responsible for the sound of Dream Theater. Yes, he is the charming one, fronting it all, handling the media and answering questions. But when it comes to the composition, its been Petrucci and myself since the time I joined the band. One of the things were trying to do is to move to a bigger level with the sound. The state of Dream Theater right now is that everybody always learns from everybody else. And we now have Mike Mangini, one of the most incredible drummers on the planet earth, in my opinion. You know, one day, he was sitting there all day long, playing 17 on his right hand and 4 on his left on a pattern until we caught on. Hes always trying to better himself, become a better musician. Hes interested in what Im doing and Im interested in what hes doing. So when hes trying a 17 against a 4. Hell show me that and Ill try to play a 17 pattern on my right hand and a 4 pattern on the left while I sing something completely different. So theres space for all of us to grow together.

WTS: What kind of autonomy does each band member have in deciding the kind of sound that goes into each album?

Rudess: Theres always a producer and until Portnoy left, he was the one in charge of producing the albums. I call the producers the Dream Theater police. Dream Theater is a wide musical open space  but even like that, if you go outside that window of musical possibilities, the possibility is no longer Dream Theater. So, somebody has to stay in charge of what is inside that window. Its the producers role to do that. I havent been in the role of being the one having the final say, but the last album we did, John Petrucci was the producer and he did a wonderful job because he allowed everybody to really be their best, which is really the producers role. And that is what I want.  To be able to give to Dream Theater what I want to compositionally and creatively with my sounds. And at the same time, making sure that we keep within the window and make it sound presentable as Dream Theater. 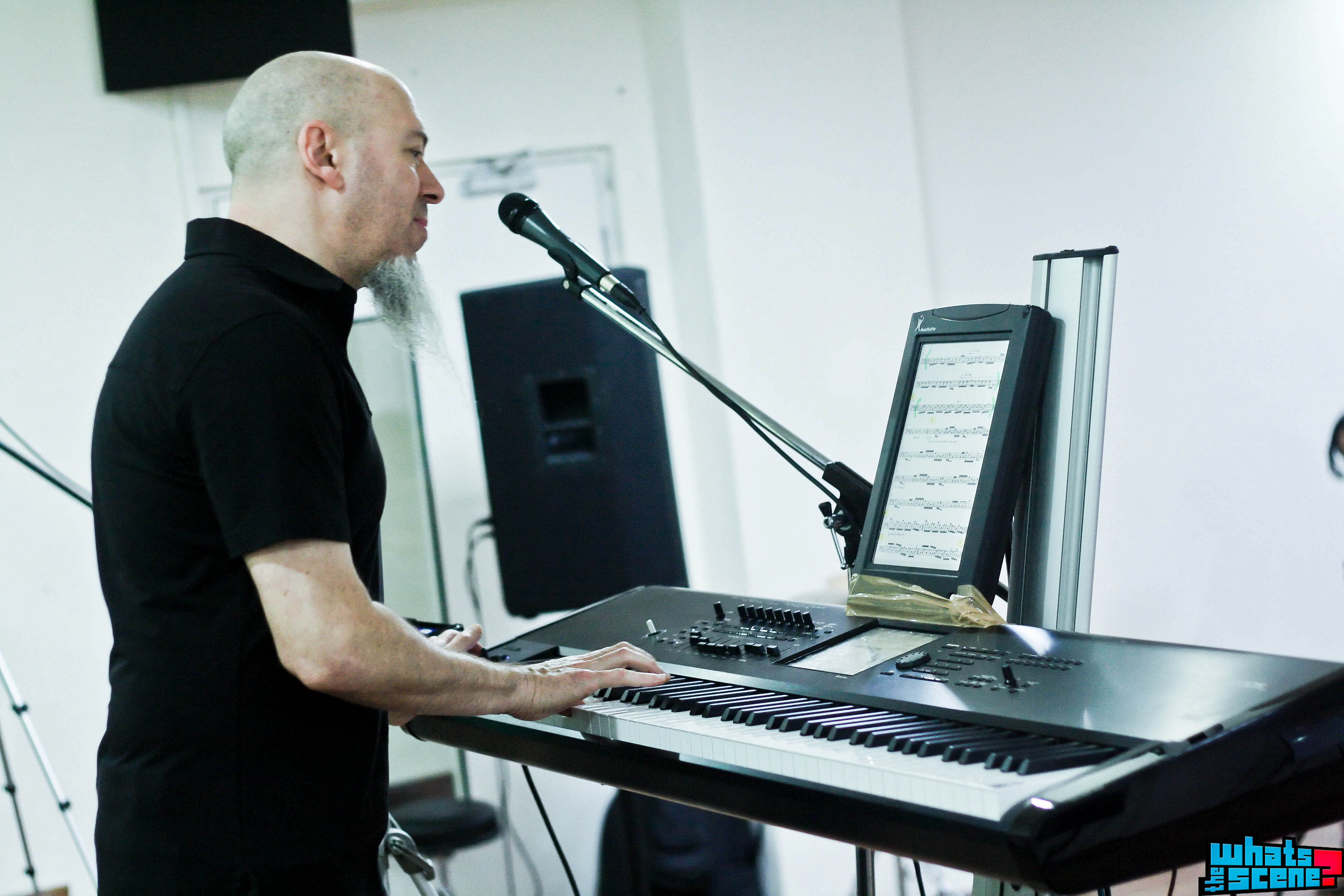 WTS: How do you find time for a disciplined practice session while on tour?

Rudess: We are the biggest practice-a-holics. We practice before the gigs usually. We have time allotted. There are schedules where we go crazy and focus and practice for a couple of hours. There are two things that go with Dream Theater as far as practice goes. One is, we have to be very warmed up. Part of it is being able to relax. Warming up physically on your instrument and another is to just spiritually be able to control your mind and your body in front of a lot of people.

WTS: Is it true that you came up with material for your new album from impromptu jams during the sound checks at your concerts?

Rudess: Just a little bit. Generally, we tried some different ideas. I actually had a few kickass jams with Mangini because it was so cool for me to be able to play with someone who could go on odd time signatures. We dont know if its for the new album or just for fun. But we had some good jams and we believe up around, come January or February, we might go into the studio again and really focus on writing. I dont so much like to write on the road.  I need to be inside a studio and really focus on the composition and the writing process.

WTS: When will Dream Theater fans in India get to watch you guys perform live?

Rudess: In the last few years weve had some offers, but theres a lot of logistics to think about while bringing or band to India, especially with all the gear that has to be shifted around. A lot of people think its very easy when they say, “oh, you do have a lot of fans so you should come here!” Its more complicated than that. A lot of pieces have to come together. With a really, really good promoter with a secure offer, security and who can handle all the logistics to let us get into the country with all that gear, that takes some pretty good good funding.

Rohit Panikker is a Chennai-based journalist, pop culture junkie and tea addict. In an alternate universe he is Indiana Jones, lives in a human-sized Hobbit hole (yes, a dreamy oxymoron) and writes like Hunter Thompson! Follow Rohit on Twitter @rohitpanikker