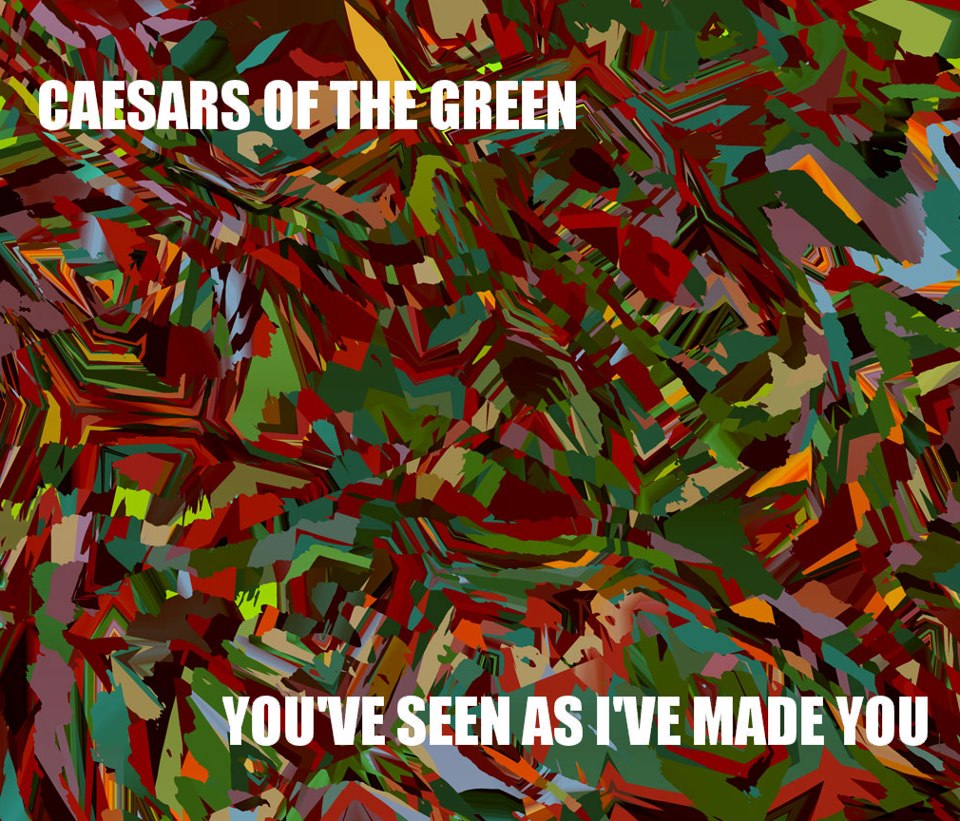 Before I could start writing this review, I put this E.P. on my iPod and after one listen – I was hooked. My earphones have been glued to my ears ever since, and this E.P. has been the soundtrack to my life for the past few weeks. Caesars of the Green is a Delhi based band and their music is as unique as their name. Formed in 2011, the depth of their lyrics belies their relative inexperience in the music industry. Their songs are smooth, melancholic, bittersweet and clever. The band members claim that their lyrically driven music is based on the philosophy of an ideal for living. It doesnt matter if you understood that or not, their music will make you stand up and take notice. This young band has created some flawless alt rock and indie rock tracks and their songs are distinctive and instantly recognizable.

Caesars of the Green cites a long list of artists as their influences, ranging from electronic acts like MGMT to Welsh poets like Dylan Thomas. They might have been inspired by bands like Blur, Kings of Leon and The Libertines but these influences are barely discernible from their songs. They end up sounding more like Coldplay or Keane or The Verve. The often unfathomable and gloomy lyrics of their songs contrast beautifully with the subdued and subtle music. The current line-up consists of Sidharth Malik on vocals and rhythm guitar, Satyum Joshi on lead guitars, Ujjwal Kumar on drums and Ajit Rajian in bass guitar. This four-member band never strays too far from their Brit rock/pop sound. There is no place for energetic tempos and dramatic vocals in their repertoire. Their songs are clean and soothing without being cold and clinical  something you would listen to on a long drive with the wind blowing in your hair.

On 2nd February, 2012 – within a year of their inception – they released their first E.P titled You’ve Seen as I’ve Made You. Each song on the album moves seamlessly into the next track and every song is an essential piece of the puzzle that is the album. These original tracks are dominated by sublime guitar riffs and they have managed to expertly layer varied guitar riffs to create an unobtrusive atmosphere. The restraint and creativity displayed by the band on this album must be applauded. Sidharth Maliks impeccable vocals perfectly complement the music and one is reminded of Richard Ashcroft when listening to the album. The gentle melodies of these tracks can lull you into a deep reverie and you might just find yourself bobbing your head slowly to the music. Caesars of the Green have thankfully kept all their tracks free from sudden shifts in tempo, collisions and overly dramatic vocals. Monotonous and tired these songs are not! Particular hooks and verses can get stuck in your head and are hard to shake off. This five-track album is beautifully composed and makes you want to press the repeat button on your music player. This can only be a good sign and judging from this E.P, the future looks bright for Caesars of the Green.

The albums eponymous song starts off real mellow with some lazy, groovy vocals and picks up pace as it moves towards the refrain. This song is quite different from the others and has more of a Brit rock feel. As with the other songs, it has an extremely catchy chorus and guitar riffs. This song is subtle and the music distracts from the often dark and cryptic lyrics. Overall, its a nice track but not one of the best ones on the album.

Too Little is one of the finest tracks on the album with an excellent guitar-dominated overture. The lyrics are unsettling and seem to be a desperate plea to a long lost lover. The perfectly harmonious vocals during the chorus lend a soothing ambience to the song. Even though the song clocks in at over four minutes, it left me wishing that the song were longer.

Rio de Janeiro is shorter and livelier than the previous tracks. This track shows off their penchant for rhyming words  met, wet, set, janeiro, hero, shores, whores  and the list goes on! All their tracks have impeccable rhymes but they are particularly noticeable in this very short song. The intro has a wonderfully soft drumming section and sets the mood for this piece. Although the lyrics are nostalgic and bittersweet, the song is mostly uplifting and you may find yourself smiling while listening to it. Rio de Janeiro is a welcome break from the other slightly depressing songs on the album.

I Have a Gift is one of my favourite tracks on the album. It is most definitely about drug addiction – no wonder its so trippy! Like all their tracks, this song has some clever and intriguing lyrics. Take for example, I have an urge, to make my thoughts converge into, the nothingness that is you. Brilliantly composed with a brief, mellow interlude and addictive hooks, this is the track that stands out the most.

The curtains close with Still. This song consists of numerous riffs that seamlessly blend into one another. It also has a discernibly funky bass line but some very depressing lyrics that could quite possible be about death. While this track is not very memorable, it is a great end to this wonderful E.P.

Youve Seen as Ive Made You is a terrific first offering from this band. The songs are subtle but not overproduced and still maintain their raw indie feel. One can listen to this album for days on end and not tire of it. Caesars of the Green is already quite popular in their home turf and unlike other young alt-rock bands, they are here to stay. One negative criticism I would give is it that their lyrics often go too far and are hard to comprehend. The band is committed to only releasing original material and is currently looking to score a record deal.

They promise to release a full length album after gaining some experience and till then you can listen to their album on their Reverbnation page or on soundcloud . Videos of their live performances can be seen on their YouTube channel.