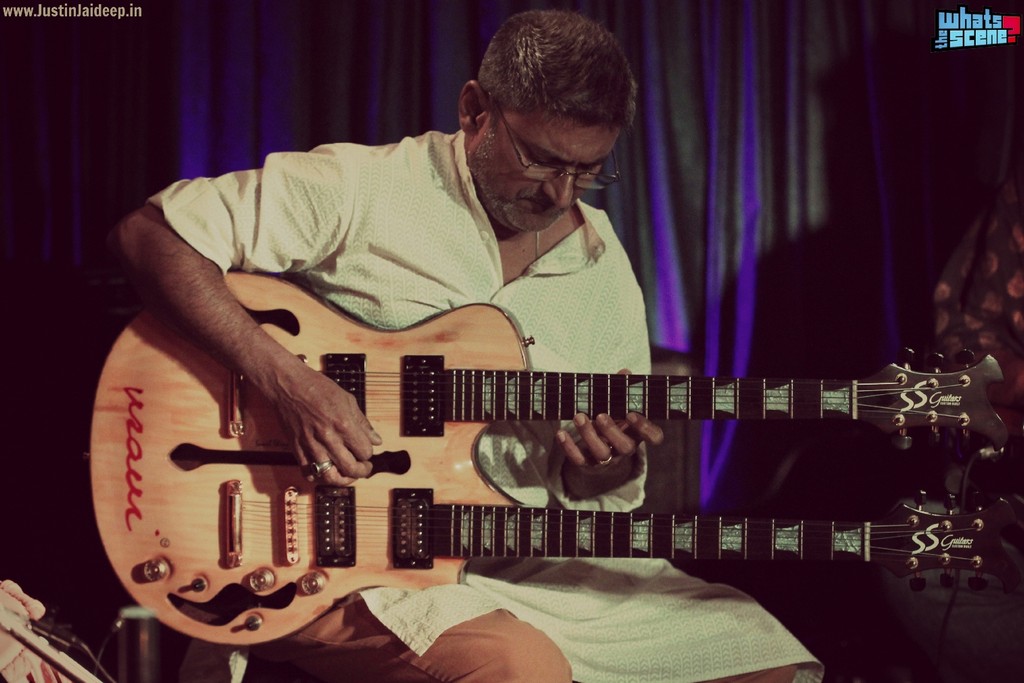 Para Vayu, a new form that evolved from the rock band Vayu, around since 1997, has been founded by Ravi Iyer. After the release of Vayu’s album titled Wings of a Dream in June 2009, Ravi Iyer and bassist Crosby Fernandes reformed Vayu to Para Vayu, thus exploring a wide range in various genres of music. Para Vayu’s music spans over a wide range of genres including classic rock, alternative, progressive, blues, funk and jazz rock. WTS got talking with the founding member, Ravi Iyer, about the band’s journey so far, their music, and more…

WTS: Why did you feel the need to rename the band to Para Vayu when Vayu had already gained popularity? Wasn’t the name your identity?

Ravi: The question was not simply one of renaming Vayu to Para Vayu. Para Vayu has got a completely different sound, new musicians and a very different attitude towards its music. Vayu and Para Vayu were both formed by me and that explains the retention of ‘Vayu’ in the title. The ‘Para’ part is something that communicates the idea of being beyond, above, abstract, mystical. So now, Para Vayu is our identity.

WTS: You guys are into almost every conceivable genre, but if you had to identify with just one genre which one would it be?

Ravi: Genre is something that listeners file our music away into. For us, we look it as an opportunity to communicate an idea or emotion through a creative synthesis of styles, traditions, ideologies. So, we put in our own influences, we borrow from different genres, keeping the intention and musicality at the centre. Since, most of us come from a history of playing rock, you might say that the music is based on rock with its aggression, emotion and in-your-face attitude, but if you listen to it more closely there is a lot of stuff going on in the songs that is really unique.

WTS: What has been your biggest challenge as a band?

WTS: Which are the songs you perform most frequently?

WTS: How do you approach your songwriting process? Who is the primary songwriter?

WTS: How has the response been towards your music so far?

Ravi: We are happy with the response we’ve received for our music because whenever we perform, the audience is always taken by surprise and we have always received compliments saying that our style and sound is quite unique and has loads of surprise elements which surely inspires us to work more on our music.

WTS: How has the music scene in india evolved from the time you guys started out to now?

Ravi: It’s been over 20 years in the music industry and I have seen all possible changes in the music scene in India. There are  a lot of pros and cons with regard to this topic but it applies to every other industry – if we don’t keep up to the changing times we will remain as fossils forever.

WTS: What sets Para Vayu apart from the other bands that are part of the Indian music scene?

Ravi: Well no band is too different from the other. Every band has it’s own identity which it stands for and it’s the inner belief that the band has which will always keep it special in everyone’s minds.

WTS: Do you guys have a brand loyalty in terms of the instruments you play?

Ravi: Yes, in fact I am an official brand ambassador for Paul Reed Smith guitars.

Ravi: It’s always good to have the ultimate direction, but unfortunately with circumstances the directon could be misleading. So, like every rock band I guess it would be name, fame, money, and loads of album releases which bring in success. And yes, loads and loads of live performances all over the world!

WTS: So what’s your new album going to be called and when can we expect its release?

Ravi: Our one take live album will be titled as Para Vayu – Soul Alive which should be released soon – that’s if we get an established label to launch and market us!

WTS: Tell us about gigs that are lined up.

Ravi: We’ve really taken off over the past few months! We’ve played at the best places in Mumbai, Pune, and yes, even Bangalore. For August we have a couple of gigs lined up in Pune at Curve (1st) and the Hard Rock Café (12th), and we are playing in Bangalore on the 6th at The Kyra Theatre! This gig in Bangalore is going to be an exclusive Pink Floyd tribute gig. It’s gonna be a really heartfelt tribute because we are all deeply inspired by the creativity of that seminal band, and that is by far the only band that we would agree to do a tribute gig for. If you want to experience Pink Floyd, we really recommend you to be there!

WTS: What are your plans touring/album wise?

Ravi: We just finished recording a Live album at The Blue Frog in Mumbai in June. It was a lot of work and I can tell you after the experience that it’s bloody complicated to conceptualise and produce a live album. However, all went well, and the album is currently in production. We will be realsing a DVD video of the entire gig thanks to some superb professional coverage of the event. We expect to get it out in 4-6 weeks. As far as touring is concerned, the album will definitely get us and our music out to a wider audience and hopefully that will convert into gigs. But we’re not worried about that because we know the music is fresh, the band is tight and the sound is awesome!

WTS: What advice do you have for people who want to form their own bands?