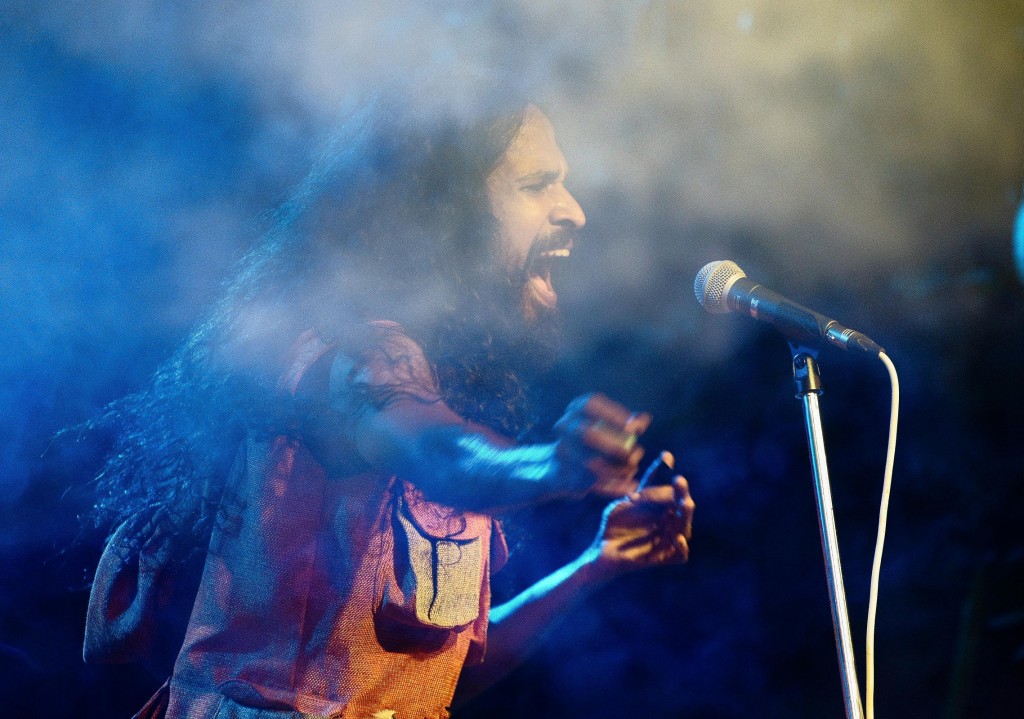 Ours is a country where we grow up listening to contrasting opinions. We’re taught that we’re unique and then we’re chided for it when we grow up. We’re taught that we can be anything we want, but we aren’t taught that that statement comes with the Conditions Applied* tag like we’re commodities that can only be interesting or useful so long as we fit within boxes and shelves.

Some people understand that these conditions exist, but some don’t. We call these oblivious people artists. They grow like wild shrubs – conspicuous in a tamed garden but also oblivious to the fact that their untamed appearance is frowned upon.

Which is fine. There are always going to be “socially acceptable” ways of doing things. Some of these mores are even essential for a society’s smooth functioning, and thus form the basis for laws, rules, and regulations. Some other things – though matters of personal choice – are also labeled “unacceptable” in this society. People talk. People ridicule. People bully. People vandalize. People attack. People assault. Where does the scale of the acceptability of these violations turn from grey to black?

Recently, a musician named Martin John Chalissery (of Oorali fame) was beaten up viciously by the policemen in Ayyanthol, Thrisshur. There were no charges against him. He was targeted for daring to walk the streets with long hair and “appearing to have affiliations with a drug addict”. He was on his way to meet his guru with whom him and his peers practice and come up with program ideas, in a paddy field by the countryside. A passerby asked him if he cared for a lift, which he accepted – but there were policemen around who noticed that the gentleman on the bike was without a helmet. In the conundrum that ensued, Martin was the one who was caught, questioned, and forcibly made to enter a jeep which took him to the Ayyanthol police station.

There he was questioned by several policemen before he finally snapped and asked why he should answer questions when he was not even charged properly. He said he was on his way to attend a meeting concerning a government-related art project. The police misconstrued this to be a scare tactic. It’s telling that the times we live in equate the government to be scary, but that is a different topic altogether.

Soon after, Martin was beaten up brutally, before people showed up. They wrote up a public nuisance charge against him and “bailed” him out. This may seem like an innocuous one-off incident, but it isn’t. This contempt of the way people dress, express, and function is an integral part of the Indian social sensitivity. It is a part of the thing we call “culture”, but we refuse to let culture exist as a shifting, dynamic organism. We are constantly on the lookout of ways to cement it to be something that fits the likes of some.

Several musicians have faced some prejudice because of their hair, clothing, body, or style. Several of them have been mocked because their choices strayed from the stereotypical battery chicken alternatives of medicine and engineering and business and law. Not that those professions are inherently bad, but making them benchmarks for respectability, intelligence, and talent is not the best way to build a nation.

When What’s The Scene contacted Martin Chalissery, he said that what hurt him was the brash display of power which was enforced through force. He said that this is a systemic problem which has affected him and several others like him, people who have longstanding affiliations with the Laloor School of Drama – an institution responsible for producing and creating several art programs throughout history. This blatant disregard for artists is an attitude rooted in misconceptions about their supposed drug habits and anti-social interests. There is no basis for this in reality other than some anecdotal instances. To extrapolate the behavior of some and apply it to everyone who matches certain attributes is regressive thinking.

Martin insists that as an artist, he lives, eats and breathes art. He only cares about bringing about a positive change through this medium and little else matters. He wonders if there’s a bigger crime than violating someone’s bodily autonomy – laying claim to their self without their active consent.

When our society is at the stage where we allow this creative endeavor to be mistaken for an anti-social attitude, it is time to recognize that we have a huge problem.

This problem is bigger than one isolated incident. As Martin says, “It’s not the physical wounds that they’re inflicting that hurts. They are not trying to break your body, but your spirit, and your art.”

Oorali’s Facebook page had this message to send (author’s translation of the original Malayalam text):

“You showed us that you were The Police. Now it’s our turn to show you that we’re Artists.

And they did. Watch this video that explains what transpired and how they dealt with it through a protest of art:

These policemen need to rethink their actions and decide what side of history they want to be on, because one day they’ll either be hailed as heroes or painted as fascists. What characters they want to play as is up to them.