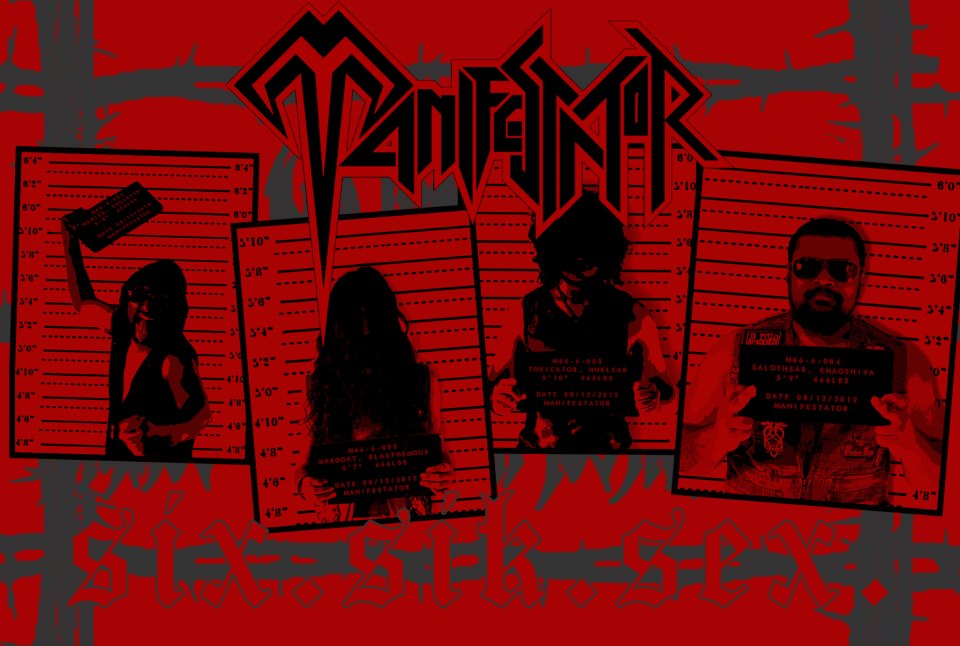 Echoes from Beneath announced Manifestator as the second international band playing at the festival. Featuring Members of Genocide Shrines, Folorn Hope and Funeral in Heaven, Manifestator plays Black Thrash metal influenced by the Masters of the Old! After playing several shows in Sri Lanka and Thailand, they are now all set to perform live in India for the first time.
Members :
WARTEK – WARKILLZ
BLASPHEMOUS WARGOAT – SHREDDER
KHAOSHIVA – BASSTIAL
NUKLEAR TOXIKATOR – GRINDER