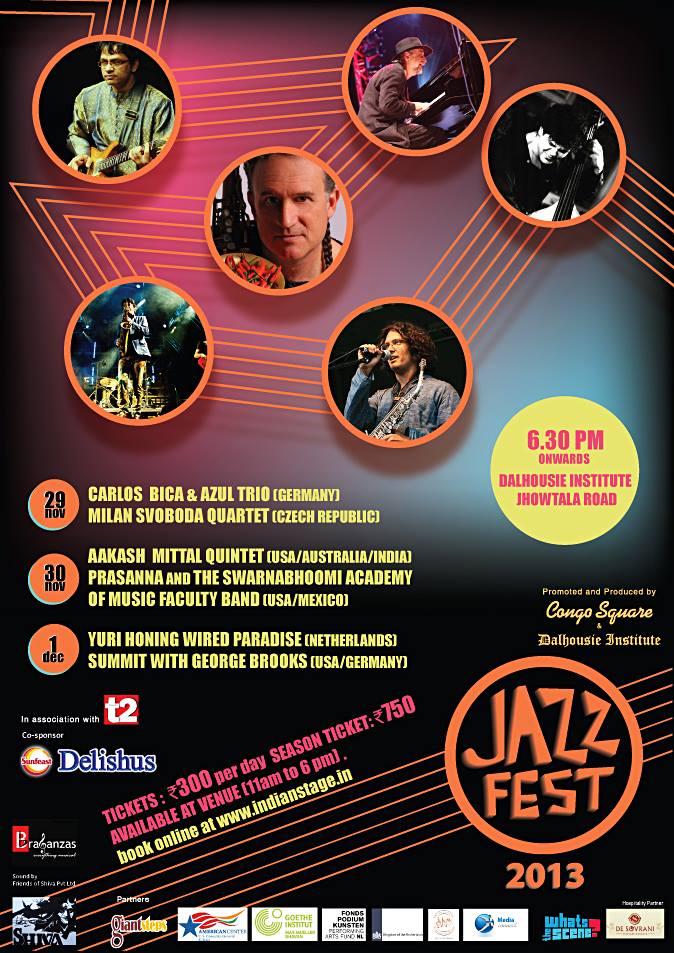 Congo Square, a non-profit music society dedicated to the promotion and exposition of jazz, blues and associated music is bringing to Kolkata a musical manna of sorts, as they have for many, many preceding years. JazzFest, in itself grown into a significant titular event in the global jazz circle is bringing artists of international renown to the east Indian city on November 29, 30th and December 1st. In collaboration with numerous art counsels, consulates, art agencies and jazz organisations operating across the world, Congo Square creates an intimate yet expansive setting in which music lovers are able to interact with authentic,  soul-striking music in the midst of kindred souls and tonal and technical virtuosos.

Dazzled yet? If so, you can get tickets priced at Rs. 300 (Daily) and Rs. 750 (Season) here. So, prepare yourself for some of the most memorable evenings in this lifetime.  As Henri Matisse put it, Jazz is meaning and rhythm.