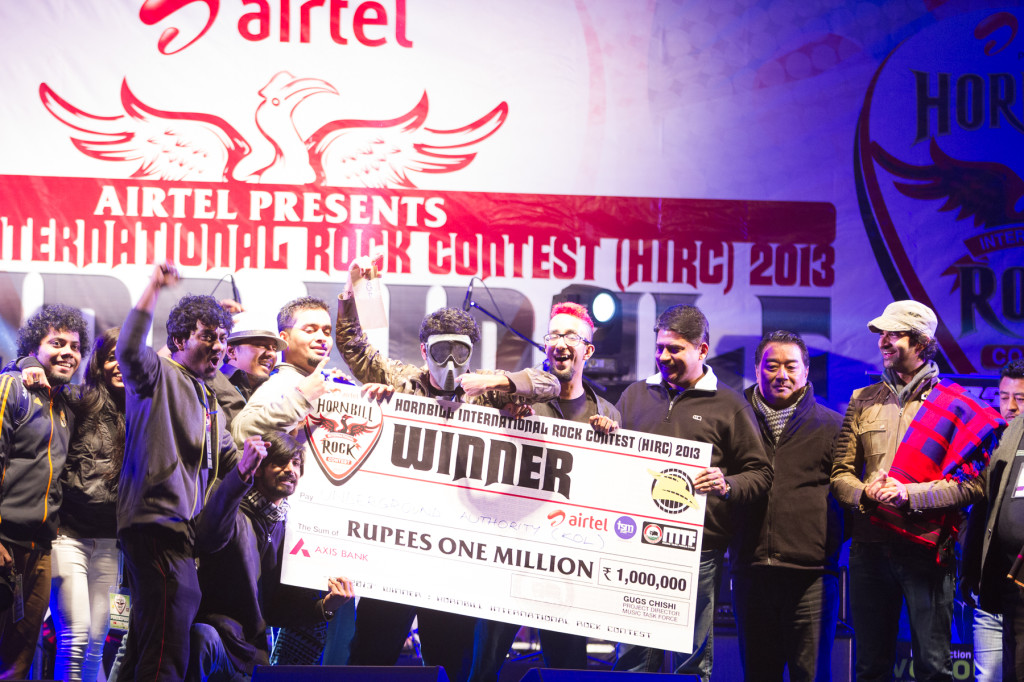 The results of the much-awaited Hornbill International Rock Contest  are out! This year, the winning band that bags the coveted 1 Million Rupees cash prize is Kolkata’s Underground Authority. Kolkata nails it yet again with a successive win this year after Gingerfeet‘s win in 2012 similar to its successive win in 2006(Joint Family) and 2007(Hobos). The first runners up were We the Giants from Nagaland and the second runners up were The F16s from Chennai.