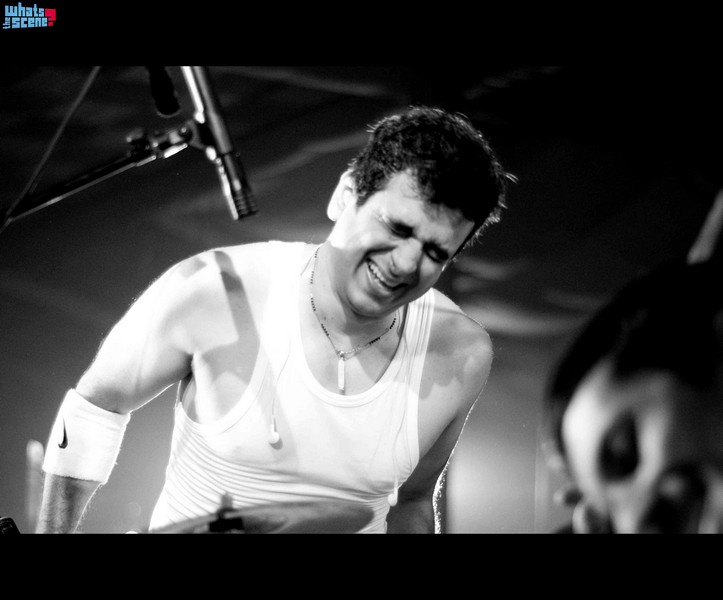 Each year has its share of music festivals that are marked on every enthusiasts calendar. Mood Indigo at IIT Bombay might feature high on that list because of its popularity and renown for quality and class. This year, Palash Sen, of Euphoria fame marred the experience of most fans gathered for the show.

His slew of sexist jokes on stage, calling into question the beauty and representation of women in IIT, their intelligence, and their adherence to stereotyped female gender roles such as roti-making has rightly left a large fan base in utter disappointment and even anger. Soon after the incident, an online blogger, Ms. Arpita Biswas, posted an article that went viral on the internet. This attracted a lot of vitriol against the artist and the writer alike. Sens really unhelpful statement about women being gods most beautiful creation was the defense used by most of the apologetically sexist crowd.

Aside from being really condescending and patronizing towards women in general, Mr. Sen displayed a level of unprofessionalism that is hard to excuse. How is it right for an artist to disrespect members of his own audience who paid to watch him live? By dismissing women so crudely, and then by attempting to pass off his comments as jokes, and dedicating a song to the people he offends, hes playing into his own narcissism.

People do not attend gigs to get lectured about their capabilities and assigned roles in society. People attend gigs to be united with like-minded people who understand, appreciate and partake in the wholesome nature of the art that is live music. Since when did we stoop so low so as to allow such ignorant remarks and pass them off as mere jokes? Why do there have to be two extreme pigeonholed views of how we hold women, anyway? Either women are goddesses and the greatest gifts from God or were tender, fragile beings incapable of leveling up with men politically, socially, intellectually, or economically. Both of these attitudes are harmful to women, and theyre harmful to the essence of good music, by extension.

Thats because nobody makes songs out of a void. We put our hearts and souls into the music we make. Songs are reflections of our thoughts. Needless to say, problematic thoughts such as those that Mr. Sen jokingly holds therefore also contribute to the perversion of music that is otherwise full of brilliance. Anyone with an access to television in the 90s could not have gone by without chancing upon a Euphoria video. It is a part of our childhood that we fondly look back to. Or at least it used to be. Now there is this incident inextricably tied to that memory, and things will never be the same again, at least to someone who dearly loves this music. Thats what Mr. Sens careless remarks have done. Theyve destroyed a tiny bit of the joy that fans would get by looking back upon his works.

This whole charade escalated when Ms. Kamakshi Khanna  a backup vocalist for Euphoria responded to Ms. Biswass criticisms with anecdotal evidence that somehow supposedly righted all the wrongs by Mr. Sen. Apparently, because Ms. Khanna comes from a household that strongly believes in feminism, she can magically establish her brand of feminism as the universally correct model where its alright for someone to insult women so long as they also make positive songs about them. Mr. Sens comments were shocking precisely because of those reasons. Unless his song ‘Main Hoon‘ is nothing more than a PR stunt commoditizing female positivity, there is a strong reason to worry about his drastically different stance on stage. If Mr. Honey Singh, who makes songs about violently raping women issued such comments, people would shrug and know to not expect better from such an individual. Mr. Sen has been reputably well-loved and respected. It is for this reason that fans feel like his words are below the belt.

Another supporter, Ms. Pallavi Dhar, who claims to be a gender studies researcher chimes in and says Mr. Sen urged women to study and get into IIT Bombay, after asking the men if there were no girls there. Im sure Ms. Dhar, being a gender studies researcher working for a premiere organization must be aware of the term benevolent sexism, then. She actually offers this statement that Palash made as proof of his non-sexist attitude: Arre payar mein laat to sabne khayi hai. ladkiyon ko chhodhke kyuunki pyar mein laat marne wali ladkiyan hi hoti hain…” (Everyone has been kicked because of love, except women, because its the women who do the kicking.) Is Ms. Dhar aware that in an argument, generally speaking, one is supposed to argue ones own case?

As a legend in the music industry, one has the responsibility to keep up levels of professional and personal dignity. Doing a good thing does not automatically give anyone, even (or especially) a celebrity a free pass. Making a video about your mother, or about womens ambitions doesnt grant anyone the divine right to then insult them and make a mockery out of their intelligence. As another musical legend, Vehrnon Ibrahim of Millennium fame said about the incident: A rock star, a real one, would never belittle anyone for a cheap crowd reaction, you see, it’s not about the immediate screams from the crowd, any arse can get that, it’s about what they remember the next day, what sits in their minds and works on them… A rock star is a catalyst forcing people to rethink, reset and realign to what their heart wanted them (to) be all along and not just be a sheep.

Finally, there seems to be a vital nuance missing in all these discussions of sexism and misogyny with respect to the Palash Sen fiasco. Many claim that Mr. Sen is incorrectly being accused of being a sexist individual. There is a critical difference between being sexist and making a sexist remark. Its the latter case that Mr. Sen is guilty of and being accused for. There is yet time for him to save his music from such unflattering associations by issuing an apology that doesnt stem from defensiveness. After all, not even his most ardent critiques would argue that with a legacy of hits like ‘Maeri’ and ‘Kabhi Aana Tu Meri Gali’, the man is devoid of musical genius.