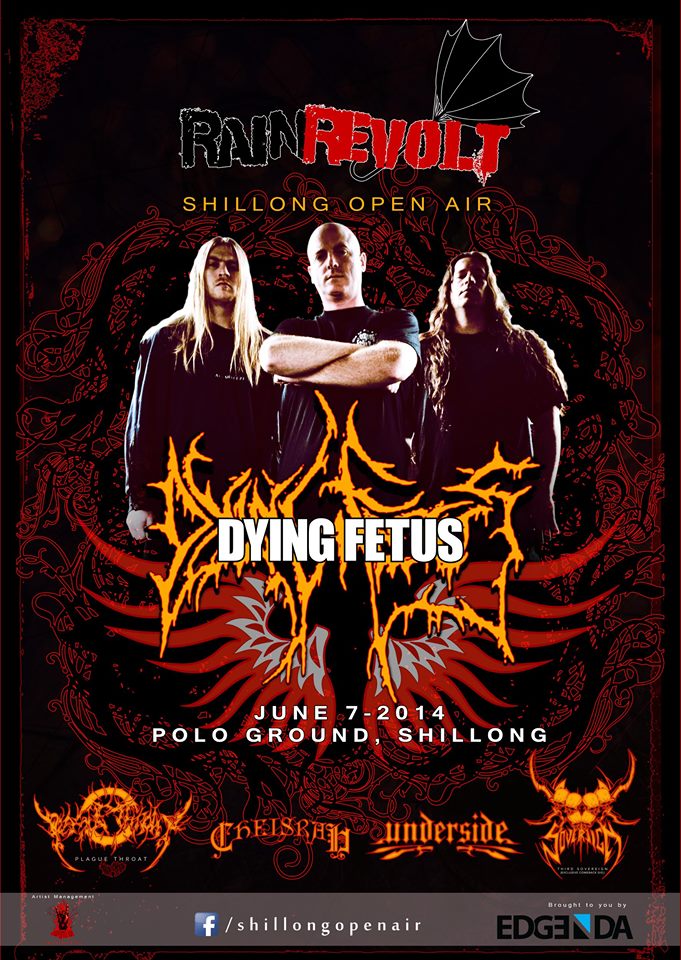 The first edition of Shillong Open Air named “Rain Revolt” scheduled for June 7th 2014, Polo Grounds, Shillong will be headlined by US Death Metal legends Dying Fetus. They will be supported by India’s Death Metal band Third Sovereign and this is set to be their exclusive comeback gig after a long hiatus.

Watch this space for more details!