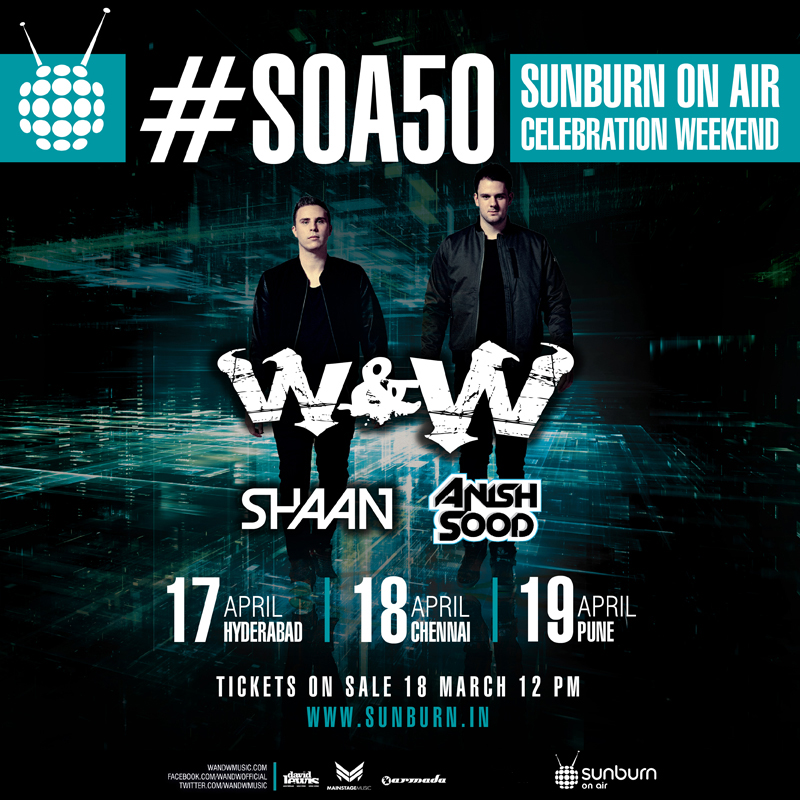 For the first time, Sunburn will be executing a conceptualized dance music show with signature stage design and visuals.  The event will supposedly have a perfect mix of stunning lights, stage performers and spectacular laser show at par with what we saw at IAmHardwell and ASOT600.

The show will be held in 3 cities including Hyderabad on 17th April, Chennai on 18th April and Pune on 19th April 2015 featuring a lineup of performances including World #18 Dutch duo W&W, Sunburn resident DJ Shaan and DJAnish Sood.

Tickets go on sale on 18th March at 12 PM on sunburn.in. Limited early entry tickets will be available.