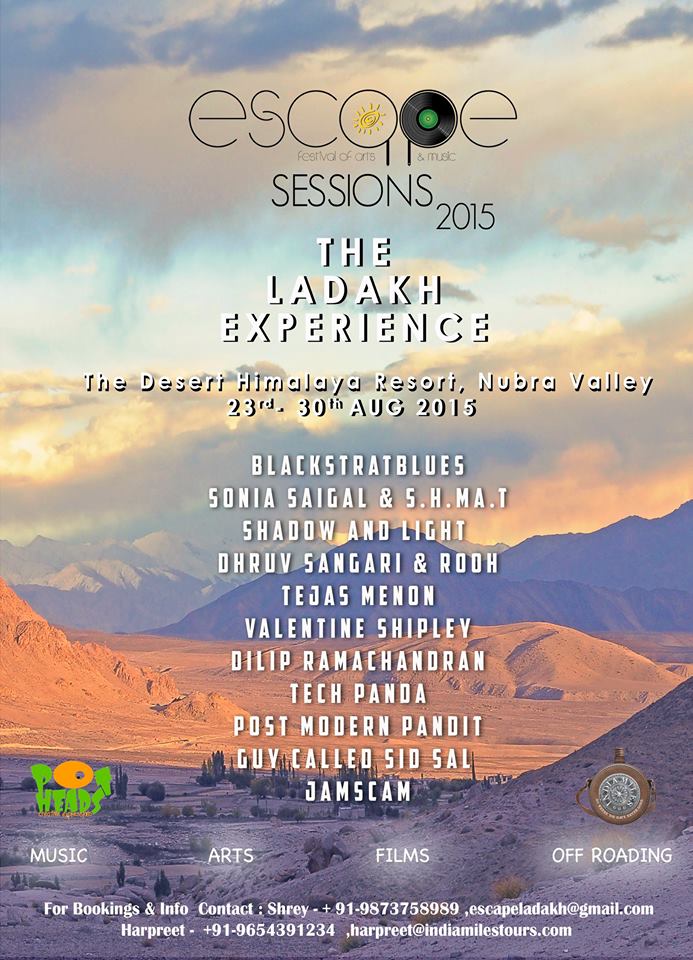 Escape is back with a new avatar where “an experiential concept meets music and travel.” The makers of the popular Escape Festival of Arts and Music have announced their new initiative titled The Escape Sessions, with a Ladakh debut this August.

The Escape Festival of Art and Music started in May 2009 when a few musicians and like-minded people decided to get away from New Delhi for a few days. They chose a picturesque resort at Naukuchiatal, at the foothills of The Himalayas. Ever since its inception, the Escape Festival has been instrumental in picking up fresh talent and has been a launching platform for musicians and other creative artistes. Escape, has grown since then to become one of Indias popular outdoor festivals and has completed 6 chapters so far.

After a brief period of silence, the festival has announced a new travel and music based tour titled Escape Sessions: The Ladakh Experience which will feature a tour of Ladakh that culminates with a 2-day mini-music festival in the scenic landscape of The Desert Himalaya Resort in Nubra Valley, Ladakh.

Here is the lineup for Escape Sessions 2015: