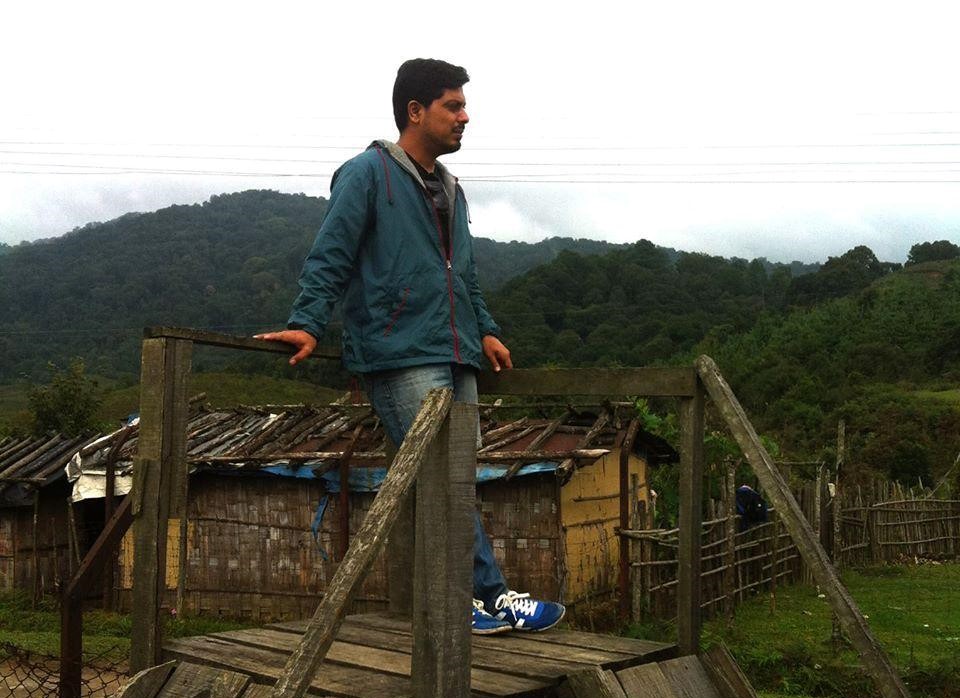 For as long as we can remember, we’ve been hearing about how Kolkata is a location that bands, both national and international, avoid like the plague. Now, while that might not be completely true (NH7 did bring Mutemath down), it’s probably not completely false either. Nishit Arora had been around for a while before he decided that the city could use a shot of adrenaline, music-wise:

“I have been part of the entertainment business for years doing a bunch of things like DJing, dance choreography, workshops, production, corporate events etc. It was my personal dissatisfaction with the kind of work that was happening in the city that made me start Smoke Inc. Smoke Inc allowed me to do the work I wanted to, work that would personally appeal to me and it allowed me to be in control. The idea was to put together quality events and to promote the independent scene. I was also doing regular commercial and corporate work. Over the years, we have been able to focus more on the indie scene and I am happy with the way it’s turning out.”

Smoke Inc is one of the best things that happened to the inhabitants of Kolkata because it spawned Jamsteady, the live gig series that unfolds at Princeton Club on select Fridays.

“Jamsteady is Smoke Inc’s first child so it’s very special. The idea was formulated by me and a friend, Sammy. We wanted to start something that would be regular, original and fun. The idea for Jamsteady was simple – do weekly gigs featuring original acts and with time this scene would become larger and bigger. There would be more musicians, more acts, more audiences and takers for original music and more venues hosting gigs. Over time we have been able to create a consistent following for Jamsteady. I would say Jamsteady is our Mothership and a lot has happened for us, because of this.”

The point of Jamsteady is to feature talent, be it local or national, new or veteran. And it has seen some success. When music-lovers know that they have a place to go where they can catch great gigs, they find the city becoming a space more conducive to their interests. Which is really the point of all music, if you think about it.

Nishit has been intrumental in spreading the good word of great sound. And though it has seen results, he knows, more than anyone else, how much is left to be accomplished:

“Kolkata’s music scene is seeing a shift. There is a lot of stuff happening in terms of original and alternative content and that is super exciting. Bands are working hard not just on their music but on their presentation as well. A lot of bands have a solid fan following which is growing with every gig that they play. These are all good signs.  But, Kolkata still needs to push more and everyone needs to be more involved and more focused. I see Kolkata’s music scene becoming the best in the country. We will see bands coming from different parts of the country to play here and be part of this scene. I always believe content is king and in that respect Kolkata has a lot to offer. It just needs to get out there and more people need to experience it. That’s it. We have four gigs a week happening in the city in different venues. I think that speaks for itself.

A lot is happening already, but there is need for more. In my opinion, there are three aspects to this: One, the audience needs to open up to new music. Kolkata needs to come out and be part of all the new and exciting stuff that is happening. Second, bands and musicians need to connect more with their fans and audiences. As soon as this connect happens, you see things moving. Third, venues and promoters need to work hard, invest in good sound and technical gear and most importantly get more involved in the scene. The point is not to just host the gig, organize the show but to create an overall experience which is in sync with the scene.”

Having peeked into the entrails of the indie scene in Kolkata, he finds no reason to capitulate to all the negativity that the city’s reputation seems to reek of, even now:

“I am not discouraged at all, because this reputation is wrong and completely undeserved. We have seen people come out and listen to a variety of bands. The numbers are very high on days when some established, traditional bands play. Whereas on days with new acts with an unusual sound these numbers dwindle. This is something that will not change overnight. It needs time, effort and constant pushing. That is what I mean when, I say people need to push more, come out more and be part of the stuff that is happening. I am not discouraged at all, because then I won’t be able to do what I am doing. I am very hopeful and optimistic. The fact that there is new stuff happening across the city is encouraging enough.”

And now, Smoke Inc is setting up something big. Quite literally, if we go by the name.

“…on December the 13th we are launching our very own music festival and it`s called Jamsteady’s Big Sunday. We are very excited about this one. This is our big jump into doing a large-scale event and we hope to give Kolkata the best festival experience ever. That’s the plan. We are working very hard to put it together. We aim to make this one of the best festivals in India in years to come. “

If accomplished, Big Sunday will become Kolkata’s own unique addition to India’s roster of enviable music festivals that are attracting global attention.  And Nishit Arora exhorts Kolkata’s crowd to keep their hopes high:

His insistence on the presence of great music in Kolkata comes with a list of favourites that we think makes a great list of recommendation:

“Pinknoise, Zoo, The Ganesh Talkies, Nischay Parekh, Big Family, Srinjay Banerjee, Neel and the Lightbulbs, Gingerfeet, Underground Authority, Chronic Xorn to name a few. There is so much good music happening in Kolkata.”