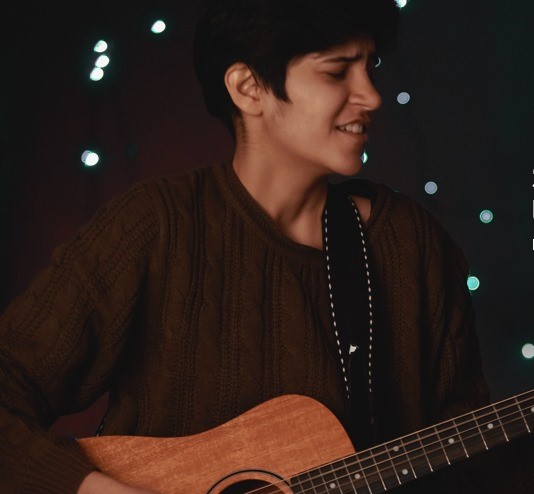 Based in LA, Janvi Anand is a singer-songwriter exploring the depths of acoustic pop and rock. With an innate passion for music, she explored it further on myriad instruments. Janvi Anand returned to India and aspires to revolutionaries contemporary music, dedicating herself to providing quality musical education at par with International standards. Catch her live, every Sunday, only at Hard Rock Cafe, Gurgaon. 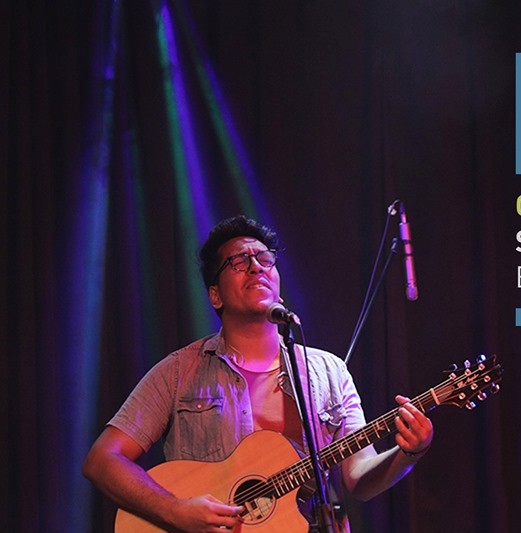 Gabriel Daniel is a Bangalore based singer songwriter. He received an award for the  Best Young Indie Artist for his debut ep triple from the Radio City & released a full length album with his alternative rock collective called  conflicting which was Rolling Stones Editors pick on release. He writes about everyday joys & trials of life, on faith & love & belonging, hoping it remedies another life as it does his own. 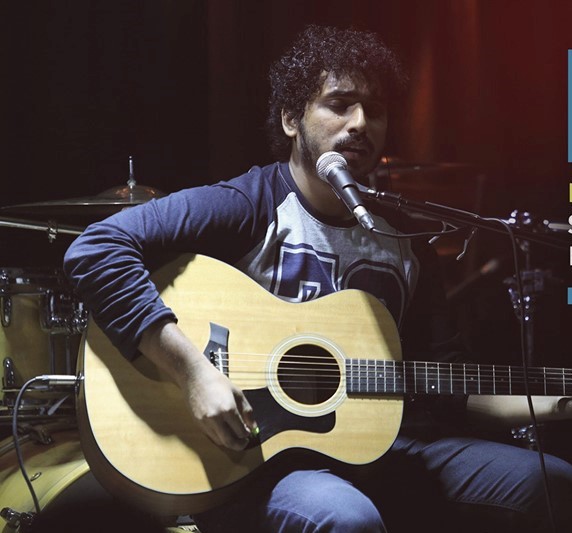 Iram was formed by Neil Simon & Gaurav Govilkar in 2016 to produce music with an artistic, experimental & avant grade approach. The duo met in Bangalore during a local gig & they soon discovered common affinity for dreamy ethereal textures with strong underlying musical concepts & lyrical themes. Iram is known for their progressive music fusing seamlessly with a distinct Sufi voice. Their sets are energetic while being serene. 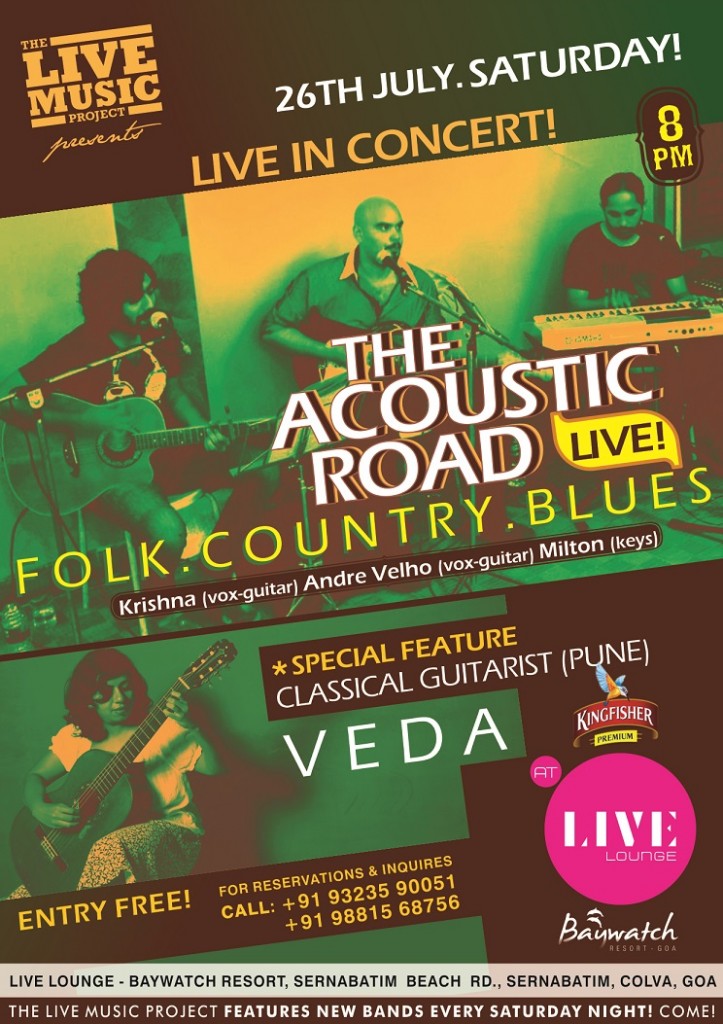 Veda has traveled over land and sea to learn the secrets of the nylon-stringed Spanish guitar. Now armed with infinite knowledge of the instrument very few have mastered and fingers that can strum like no other she will summon the powerful motifs of flamenco, make you dance the tango, with references to the masters like Bach she’ll make you laugh and sigh but mostly have fun, all under romantic starry skies.

Her last collaborative work was adapting arias from Mozart’s Don Giovianni for classical guitar, in a unique online partnership with the American soprano Samantha Chardin. One of five national finalists for the Spanish Guitar Competition in 2009, Veda has received special training from classical guitarists Roger Zimmerman and GFA 2010 winner Johannes Moller.

She has recently taken up a major project through which she intends to document the story of classical guitar in India.

The Acoustic Road performs stripped down, acoustic versions of some classic alternative, folk, country and rock anthems.Every song has it’s own T.A.R stamp on it. 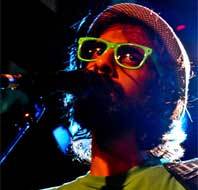 Born in the cultural hub of Roorkee, Ankur dabbled in theatre and music at an early age. Right after college he took a sharp turn to the road of storytelling, focusing on songwriting in particular. It was during his college years in Bhopal that Ankur began writing the relaxed, acoustic-based songs that would later find their place in his debut album ‘Jannat’. 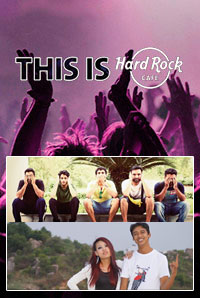 Sparsh:
Sparsh is a young band of self-learned musicians from Mumbai. They are an Alternative Rock act.
From a band jamming out in the open alongside the creek of Thane to winning Mood Indigo Bombay 2011, Sparsh has come a long way since its inception in 2009.
Since then Sparsh has performed at various prestigious venues like The Mumbai Marathon, The Kalaghoda Arts Festival, The Bandstand Revival Fest, Bluefrog Mumbai, IIT (Guwahati), Pillai’s College (Panvel), MICA (Ahmedabad) and many more!
Line-up:
Soham Pathak
Rahul Bhavsar
Nikhil Pachpande
Ajinkya Jadhav
Hamza Kazi (replacing Virendra Kaith for the show)

Syntyche & Along:
The duo got together based on their desire to bring out acoustic versions of popular songs in ways that have not been tried before. The duo attempts to cover most genres in acoustic finger-picking style keeping popular demand in mind. 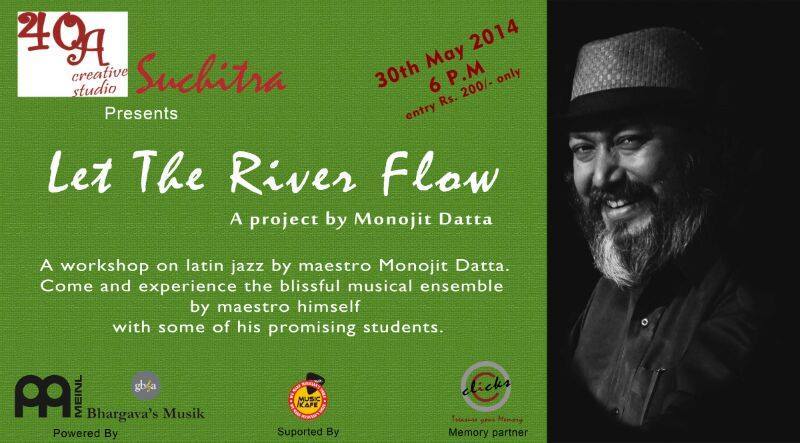 Workshop conducted by percussion Maestro Monojit Datta, accompanied by some of his band mates and some brilliant students 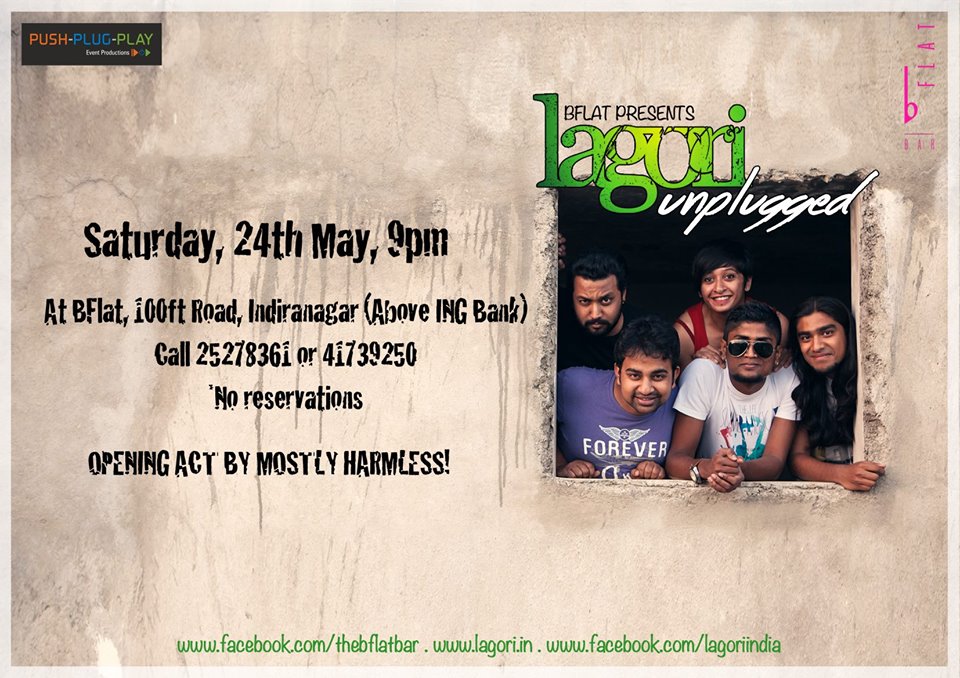 Lagori goes all acoustic for the first time ever @ the BFlat Bar, Bengaluru. 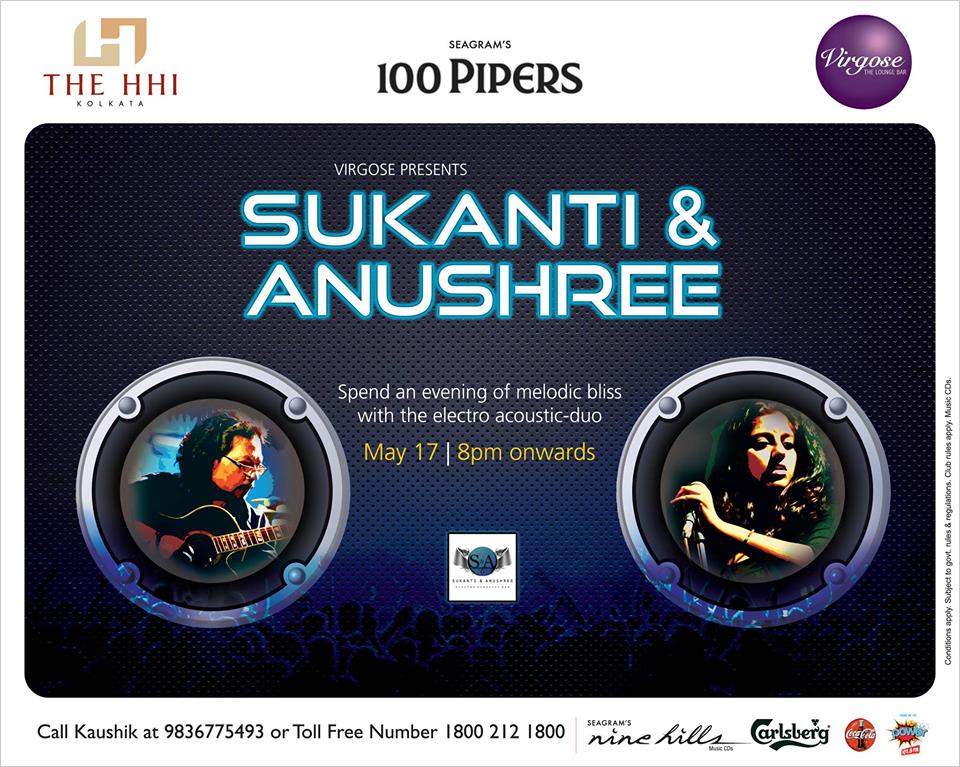 Electro-Acoustic Duo SUKANTI & ANUSHREE will be featuring at Virgose (Hotel Hindusthan International), this 17th of May.